The Texas true freshman made history when he brought down UTEP's quarterback for his first career sack in Saturday's win. 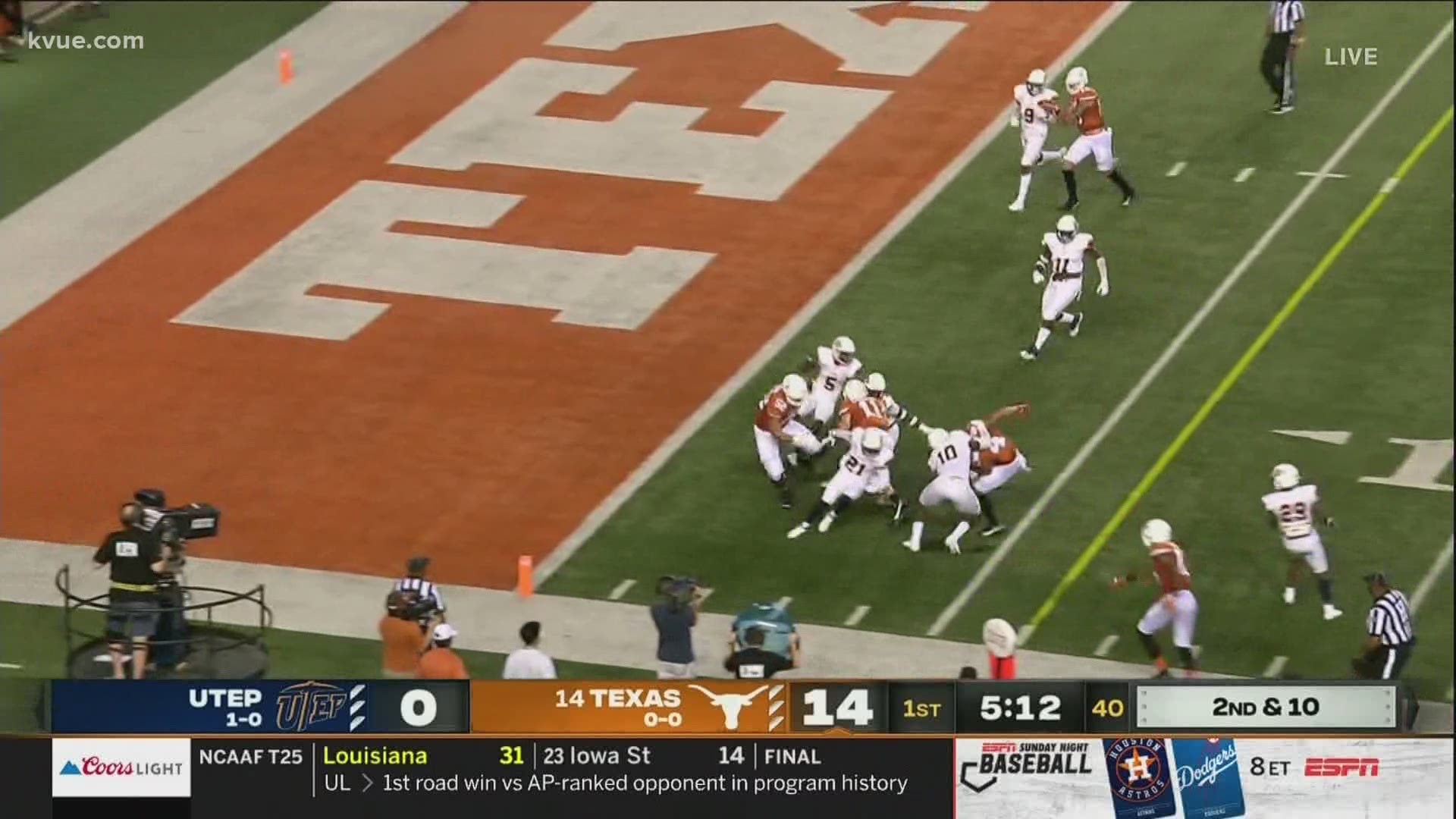 AUSTIN, Texas — It was a solid impression from the true freshman.

“I texted him after the game and said, 'You’re quick as a cat and big as a lion,'” said Jon Edwards, his former high school coach at Cedar Creek.

“Told y’all he was going to be a big impact. He proved me right. I’m happy for the young buck,” said junior Joseph Ossai.

“Just to see him get that sack, he’s been doing that all fall camp," said sophomore Keondre Coburn. "To see him do it in the game was amazing.”

Collins, a Bastrop native, becomes the first Longhorn true freshman to have a sack in his first game since 2010.

His coaches and teammates weren't surprised at all.

“Talking to the recruiters when they came in, I told them that Alfred’s upswing is huge," Edwards said.

Speaking of huge, all anyone can talk about is how big Collins is.

Alfred Collins as a junior in high school.

In the words of head coach Tom Herman, he's a "freakshow" and has "superstar potential written all over him."

Someone to watch for @TexasFootball tonight is true freshman Alfred Collins from Bastrop, TX. He won’t start, but he’ll see plenty of action. Tom Herman told @YahooSports: “He has superstar written all over him. He’s a freak show.”

Collins recorded another tackle in addition to his sack in UT's season-opening win over the University of Texas at El Paso.

The Longhorns return to action Sept. 26 against Texas Tech.