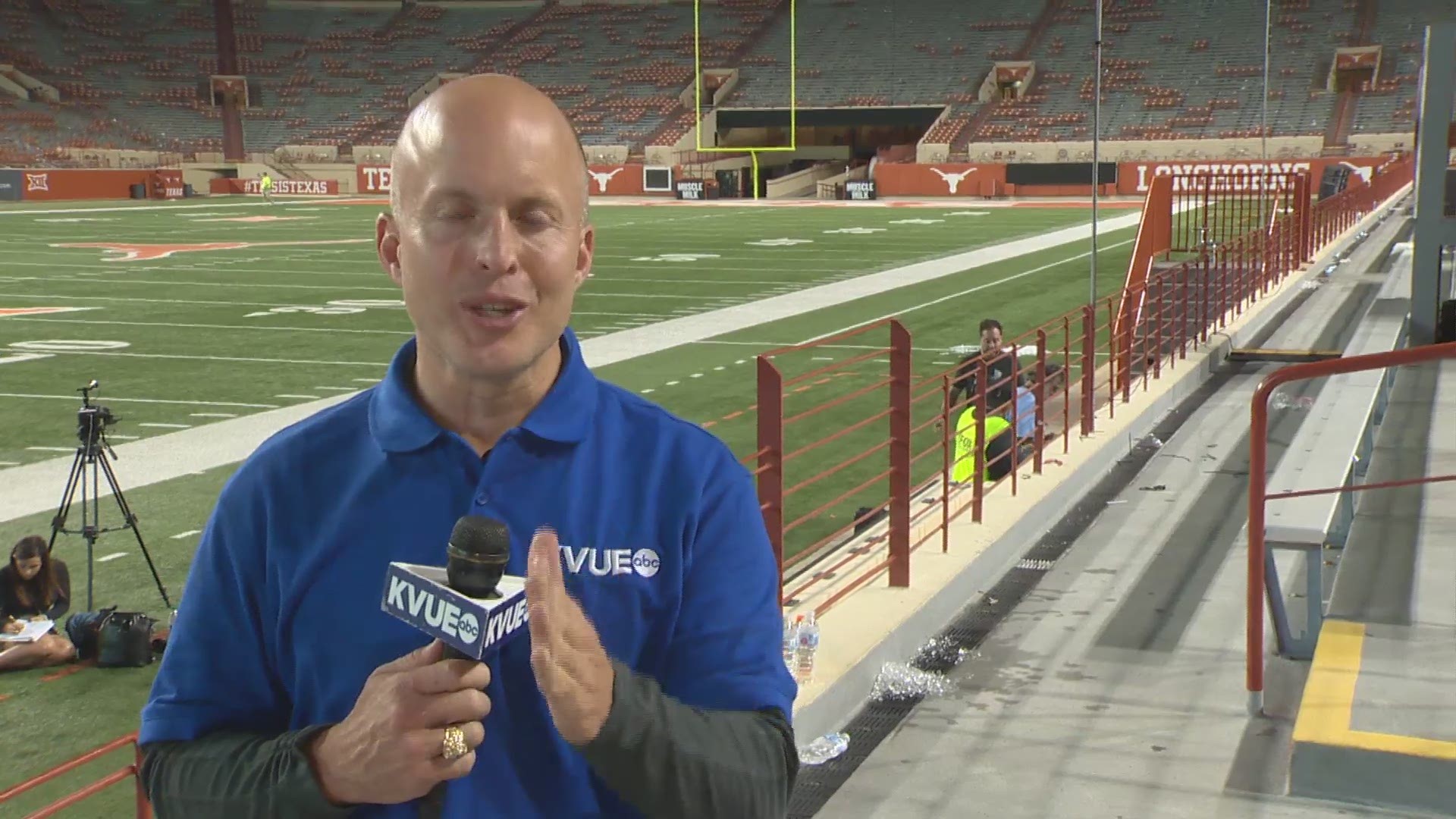 AUSTIN, Texas — “It was a hell of a college football game, huh?”

Those were the first words out of Tom Herman’s mouth after the Longhorns' 42-41 loss to No. 13 West Virginia.

You know, he’s right. Offensive fireworks and electric moments were provided by both the Longhorns and the Mountaineers.

There wasn't a ton of defensive prowess shown by either team. UT and West Virginia combined for more than a thousand yards.

“Yeah, it was certainly a good chess match. It was back and forth,” said Herman. “But at the end of the day, the combination of inside-outside zone with a stick draw and then great All-American quarterback, All-American receivers, I mean, it was a little bit too much for us to handle there at the end,” Herman said.

But, this was a battle of quarterbacks: Texas' sophomore Sam Ehlinger and West Virginia’s future NFL quarterback, Will Grier. The Longhorns were visibly frustrated. In particular, senior defensive end, Charles Omenihu referenced the lack of quarterback pressure put on Grier.

“(Grier) got it one time,” said Omenihu.

UT only managed one hit on Grier, but he was never sacked by the Longhorns defense.

“I’m not used to that, especially with that other tackle not in there,” said Omenihu.

"It's an emotional game. They spend all their time, their entire life, getting ready for moments like these. Let's not take it away from them."@joelklatt on the "too tight" officiating so far in @WVUfootball vs. @TexasFootball pic.twitter.com/ldEX5qS93G

The Longhorns took a 41-34 lead late in the game when Ehlinger hooked up with wide receiver Devin Duvernay for a 48-yard touchdown strike, but there was 2:34 remaining in the game. This was plenty of time for Grier and Mountaineers to storm back.

“We don't get to pick when we score touchdowns,“ said Herman. “So you take your shots when you have them and you see them available, and you trust that you can play two-minute defense.”

WVU elected to go for a two point conversation as opposed to settling for an extra point and extending the game into overtime.

Grier sprinted into the south end zone to give the Mountaineers their first lead of the game since the second quarter. Grier's heroics handed UT a 42-41 loss, dropping the Longhorns to 6-3 overall and 4-2 in the Big 12 Conference.

UT’s dreams of playing for a Big 12 championship remain, however.

But, that will only happen if UT is tied with Oklahoma in the standings for one of the top two positions.

There remains hope and three more games in the season.

“We can’t control the past,” said Ehlinger. “Moving forward, we control everything and we’ve seen it and we’ve proved it to ourselves.”

The Longhorns finish their season with a trip to Texas Tech next Saturday, then they host Iowa State and finish out with on the road to Kansas for the Friday after Thanksgiving.