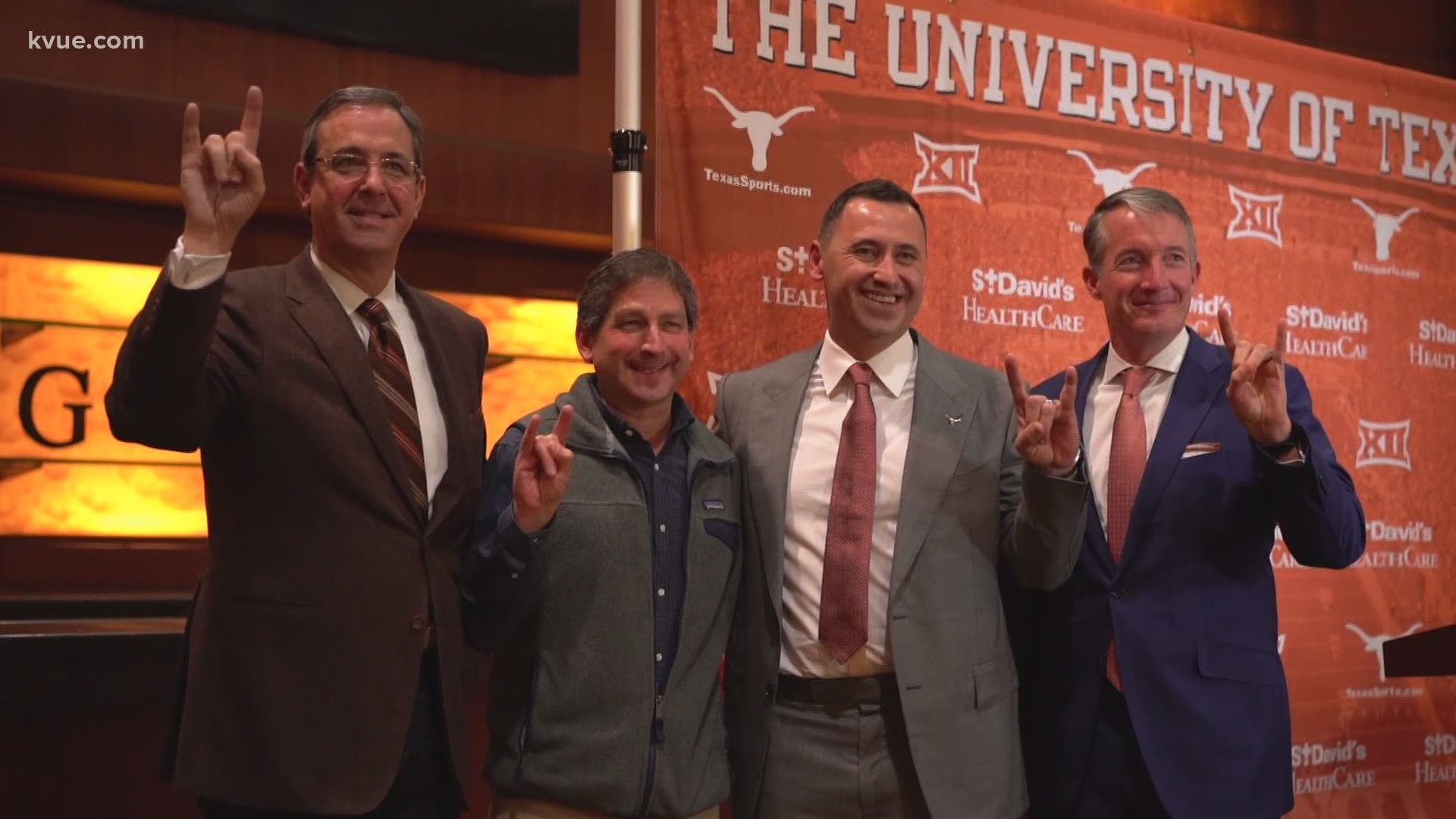 "Today I thought we accomplished what we thought we could accomplish getting into really the second Signing Day of this signing period," head coach Steve Sarkisian said.

The Longhorns class ranks No. 17 in the country and second in the Big 12.

Sarkisian said the team still has four open roster spots, which will be addressed based on the needs he identifies during spring ball.

"We really tried to do a thorough job of trying to assess our roster as best we could, of looking at the game tape of currently what we have, getting an idea of the movement skills of our players on the field and where they would fit scheme-wise now that we have our coaching staff on board, and then identify the players that were available that we felt like could help the University of Texas," he said.

Adds: "We have to be the best developmental staff in the country."

The 2021 class is the Longhorns' lowest-ranking class since 2017, as well as the first time during that span they haven't ranked within the top 10.

It'll go down as a transition class for Sarkisian, as he was hired after the vast majority of the 2021 players had already signed.

Sarkisian reflected on the accomplishments and challenges his new staff faced this recruiting cycle.

"I'm a relationship guy. I really like developing personal relationships with the recruit, with the family, with the coach, and I think people really appreciate that," he said. "The negative is we're new and we're just getting on board and what's it going to look like? That's our job now to make sure that what we are talking about, what we are selling is exactly the product that we're putting on the field."

In addition to the new scholarship players now on the roster, Texas added a pair of local preferred walk-ons on Wednesday.

"I just took a look around my room, and I was like 'wow this is real!'"

Westlake's Zane Minors and Michael Taaffe will stay in town and play at Texas--each told us about the MOMENT he found-out the Horns were an option.@MinorsZane @MichaelTaaffe4 @Westlake_Nation pic.twitter.com/9wtjyMYKs3

Running back Zane Minors and defensive back Michael Taaffe, fresh off a 6A state championship with Westlake, backed off commitments from Yale and Rice, respectively, and will compete for starting spots at Texas.

The Longhorns will officially start spring practices on March 23, with the Spring Game tentatively scheduled for April 24.