A late rally by the Texas Longhorns falls short in game three against the Ragin' Cajuns. 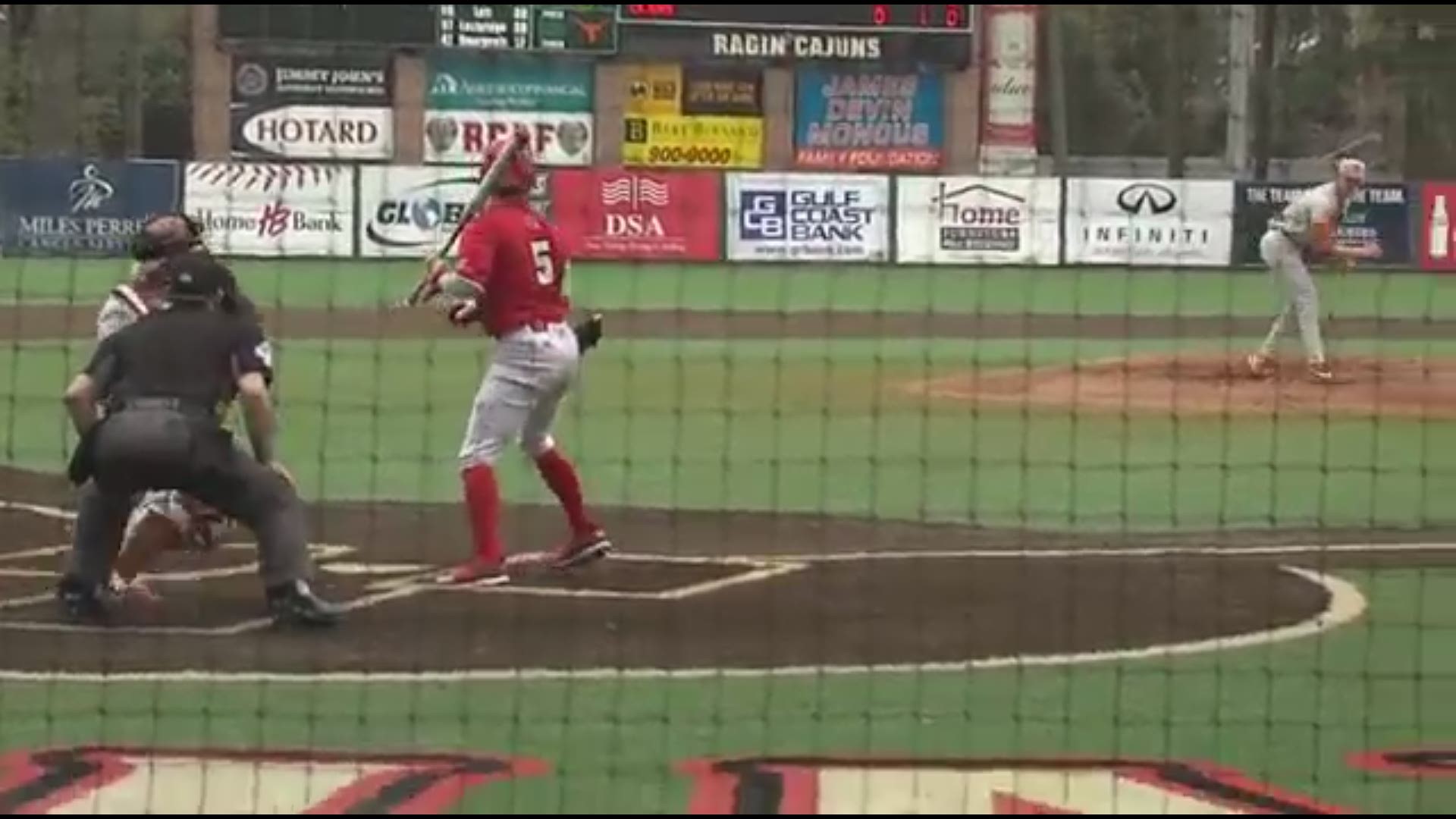 Now, how about the season's first series sweep? That's what they were going for this afternoon in the series finale against Louisiana.

Freshman Coy Cobb got a rough welcome to the collegiate level. He was the starting pitcher going 3.1 innings with three earned runs. The bullpen wasn't much help at times, as Texas needed five relievers with Tristan Stevens and Jack Neely failing to record an out.

Matteo Bocchi was solid to close out the game, pitching three innings without allowing an earned run.

Texas' bats were pretty quiet until the sixth inning when the Horns tried to rally, putting up four runs. A monster three-run home run by freshman Eric Kennedy boosted the Longhorns to within three runs.

But the comeback was just a little too late. Texas dropped the series finale 8-6.