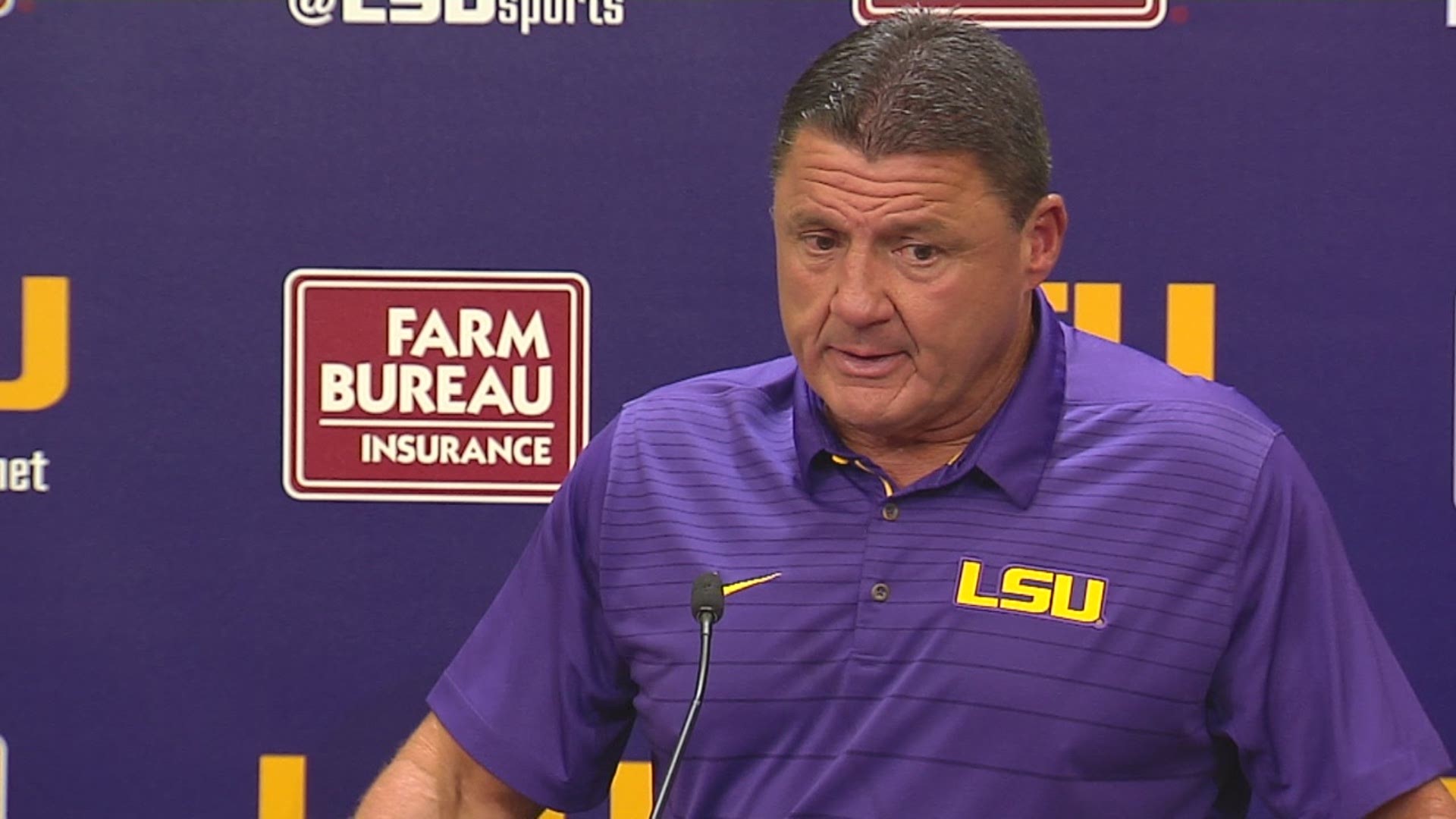 Orgeron said he had talked to Louisiana Tech personnel and they alerted him to the possibility of being without AC.

"First of all, I called Louisiana Tech, and they told us about it," he said. "We did some things in the dressing room that were better. It wasn't great, but it was better. At least we had air in there. They didn't have air. We had some blowers in there."

Multiple LSU players, especially on the defensive side of the ball, dealt with cramps in the second half and had to leave the field, though Orgeron said he didn't think it had to do with the lack of air conditioning.

"I don't think that caused as much as going out there and having to play 93 plays on defense. I think that had a lot to do with it," he said.

The temperature in Austin was 98 degrees with humidity at 27% at the time of kickoff.

"It wasn't like Louisiana, but our guys did cramp up in the second half," Orgeron said. "We talked about it as a staff that we need to get some IVs, more IVs at halftime. [It] didn't seem like anybody needed one at that time, but to prevent that, I think that more guys will get IVs at halftime, obviously with the doctor's approval."

At the time, many Longhorns fans believed the LSU players were cramping to try and stall momentum the Texas offense was building. Texas head coach Tom Herman was asked about the situation postgame and whether it prevented his offense from finding a rhythm.

Asked if the cramps were in good faith: "No idea," he said.

While Herman declined to comment on the LSU cramps on Monday, he said he was proud of how his team handled the hot temperatures.

"Our medical staff only had to jog onto the field one time and that was the last play of the game," he said. "Credit to Yancy McKnight, our training staff and our kids for knowing how important it is to prepare your body for games like that."