Steve Sarkisian’s guaranteed compensation will be approved by the UT Board of Regents Thursday and is at least $5 million higher than any previous head coach. 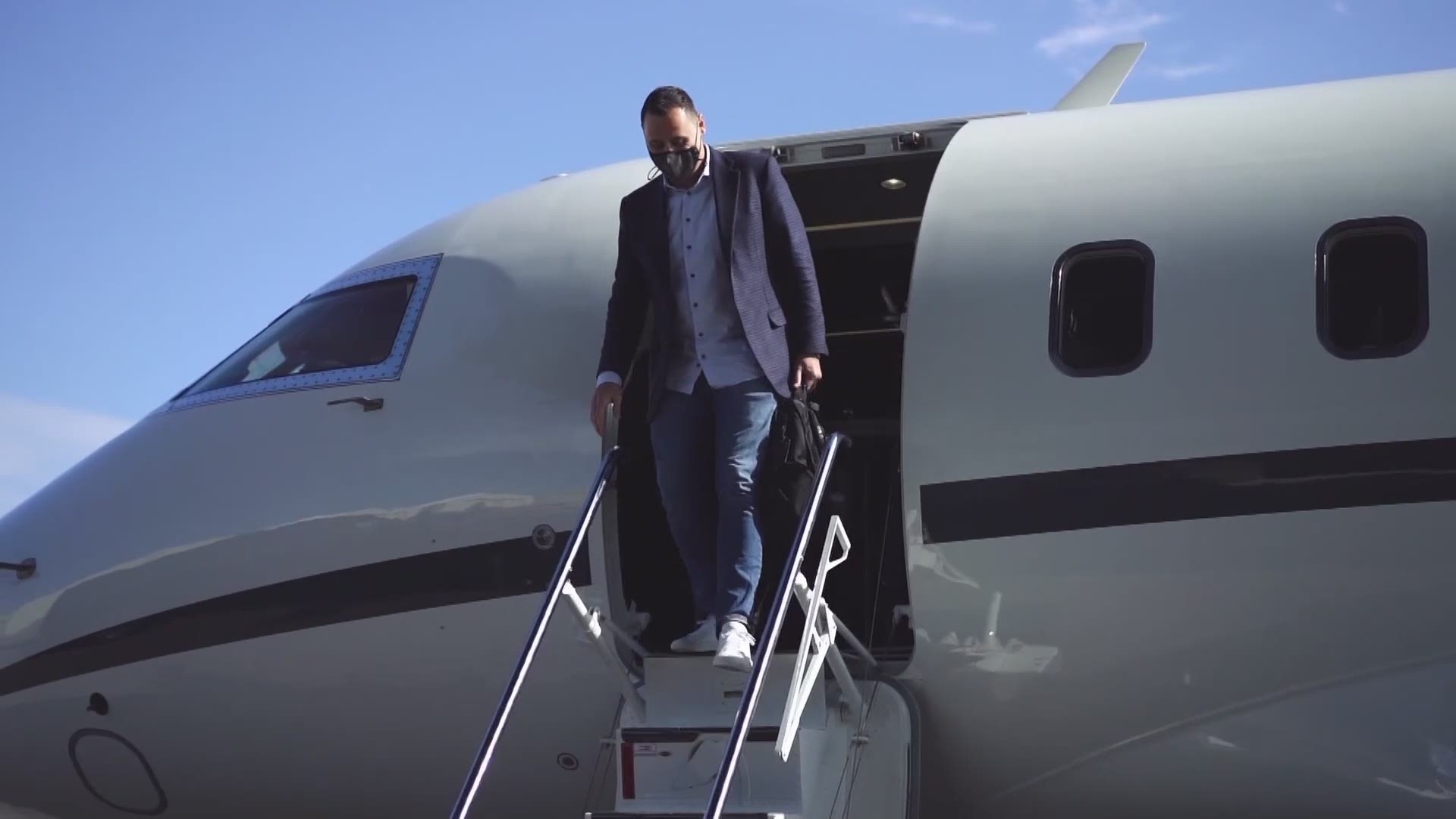 Steve Sarkisian, the new head football coach at the University of Texas at Austin, is guaranteed to make at least $34.2 million throughout his six-year contract, according to a UT Board of Regents meeting agenda.

The board is expected to approve Sarkisian’s salary Thursday. Sarkisian, who was hired Jan. 2, will make $5.2 million in his first year as coach and is guaranteed a $200,000 raise each year. Sarkisian’s compensation also includes two dealership cars, 20 hours of private airplane use per year and a $250,000 relocation and temporary housing allowance. He will additionally receive a one-time payment of $1.2 million if he is still head coach on December 31, 2024. All of these funds will come from Texas Athletics, whose budget includes revenue from multiple sources including licensing, broadcasting rights, ticket sales and donors, according to university spokesperson J.B. Bird.

“Our entire community benefits from a healthy and successful athletics program, and naming Steve as our coach infuses our football program with the necessary guidance and expertise to drive further success,” UT-Austin President Jay Hartzell said in a statement when Sarkisian was hired.

The board will also approve the guaranteed compensation of coordinators and assistant football coaches, most of which exceed $1 million. Offensive coordinator Kyle Flood’s salary will start at $1.1 million and increase by $75,000 each year during his three-year contract. Special Teams Coordinator Jeff Banks will make $1 million in his first year and an additional $50,000 for the remaining two years of his contract. All assistant coaches except receivers coach Andre Coleman and running backs coach Stan Drayton are also guaranteed one dealership car and a $29,000 relocation and temporary housing allowance.

The University is still paying Herman $15 million over the next three years as part of his termination contract. The money to buy out Herman’s contract will come from Texas Athletics’ multiple sources of revenue, but no money will come from the university’s budget, Bird said. The University fired Herman Jan. 2 after four seasons, saying a coaching change would help the team get “on track to achieving our ambitious goals.” During Herman’s time as head coach, he went 32-18 and led the Longhorns to rank as high as eighth in the AP top 25 in 2020.

WATCH: Texas athletic director planning on 100% capacity at DKR in fall if county is vaccinated