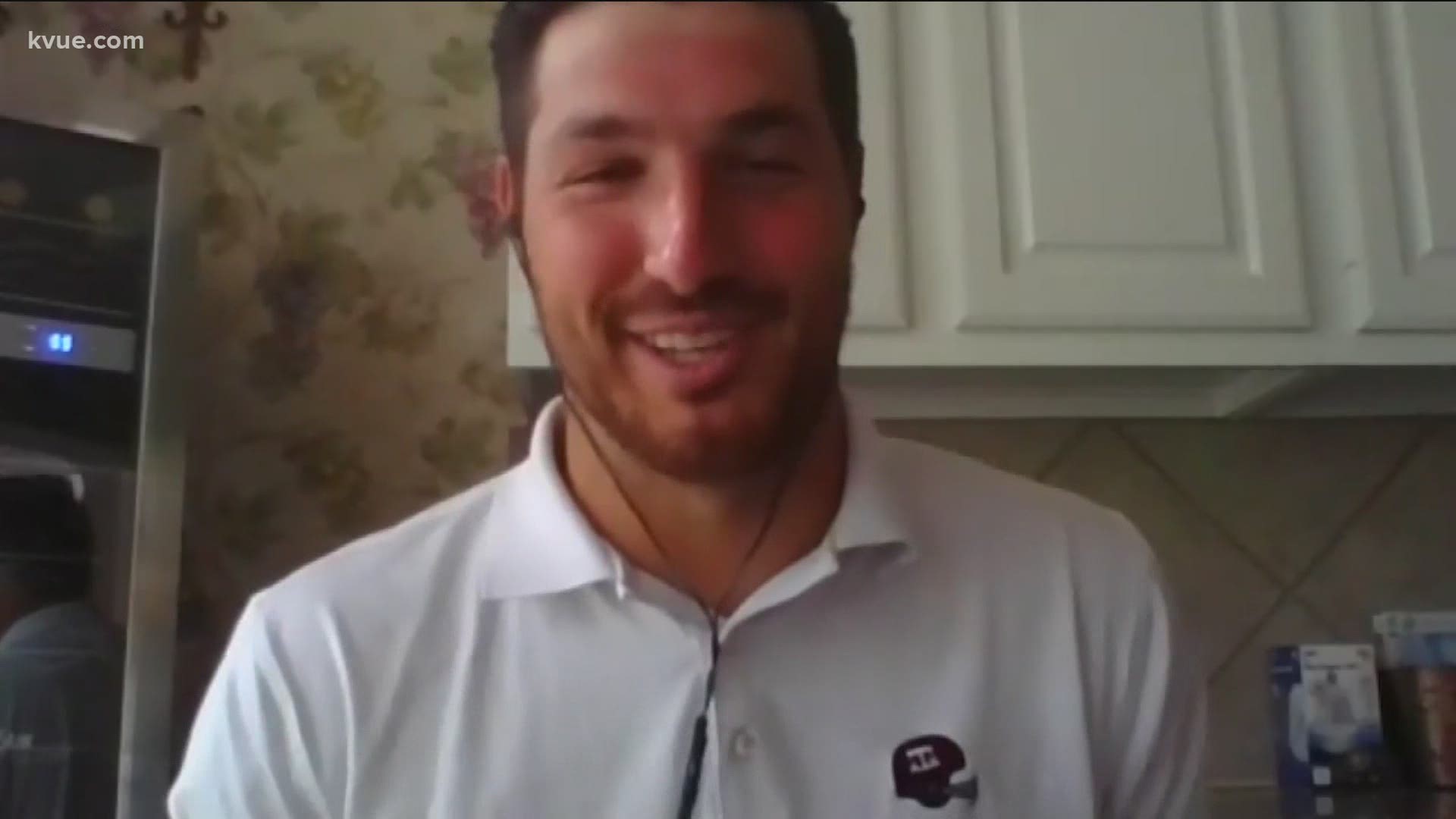 The Texas-Texas A&M rivalry is storied. It's heated. And it's also non-existent.

But on the campus of Hutto High School, the rivalry has been renewed – sort of.

Both were recently hired, and both are already engaged in some friendly rivalry banter.

“I don’t have any Hutto gear yet, I haven’t been able to get any, so I figured I’d wear my next best piece of clothing today and wear my A&M shirt,” said Hubenak, who led Georgetown High School to the 4A state championship game in 2012.

“I’ve worked with other guys that have attended A&M, none of which have ever actually played for A&M, so my respect level for Jake is at a premium. Trash talk coming from him, I can take it a little bit easier than a guy who never played,” said Adams, who starred at Texas from 1992-1996 and graduated as the school's all-time leading receiver.

All this is music to the ears of Hutto head coach Brad LaPlante.

Despite wearing a referee jersey to keep the peace during the interview, deep down this is exactly what he wants for his players.

Expect there to be plenty of friendly jabs between former UT WR Mike Adams and former A&M QB Jake Hubenak this season—they're both now on staff for @HuttoHS_Fball.

They're so competitive that Adams found it an appropriate time to remind Hubenak that Hutto's fight song is essentially the Texas fight song and it plays whenever the Hippo offense scores.

“Every time we score it goes off, so Jake you’re going to have to get your ears used to it,” Adams said.

“I’m reconsidering everything,” Hubenak fired back.