For Ace Whitehead, the death of his cousin almost led him to quit baseball. Instead, it's now fueling the fire of his next chapter. 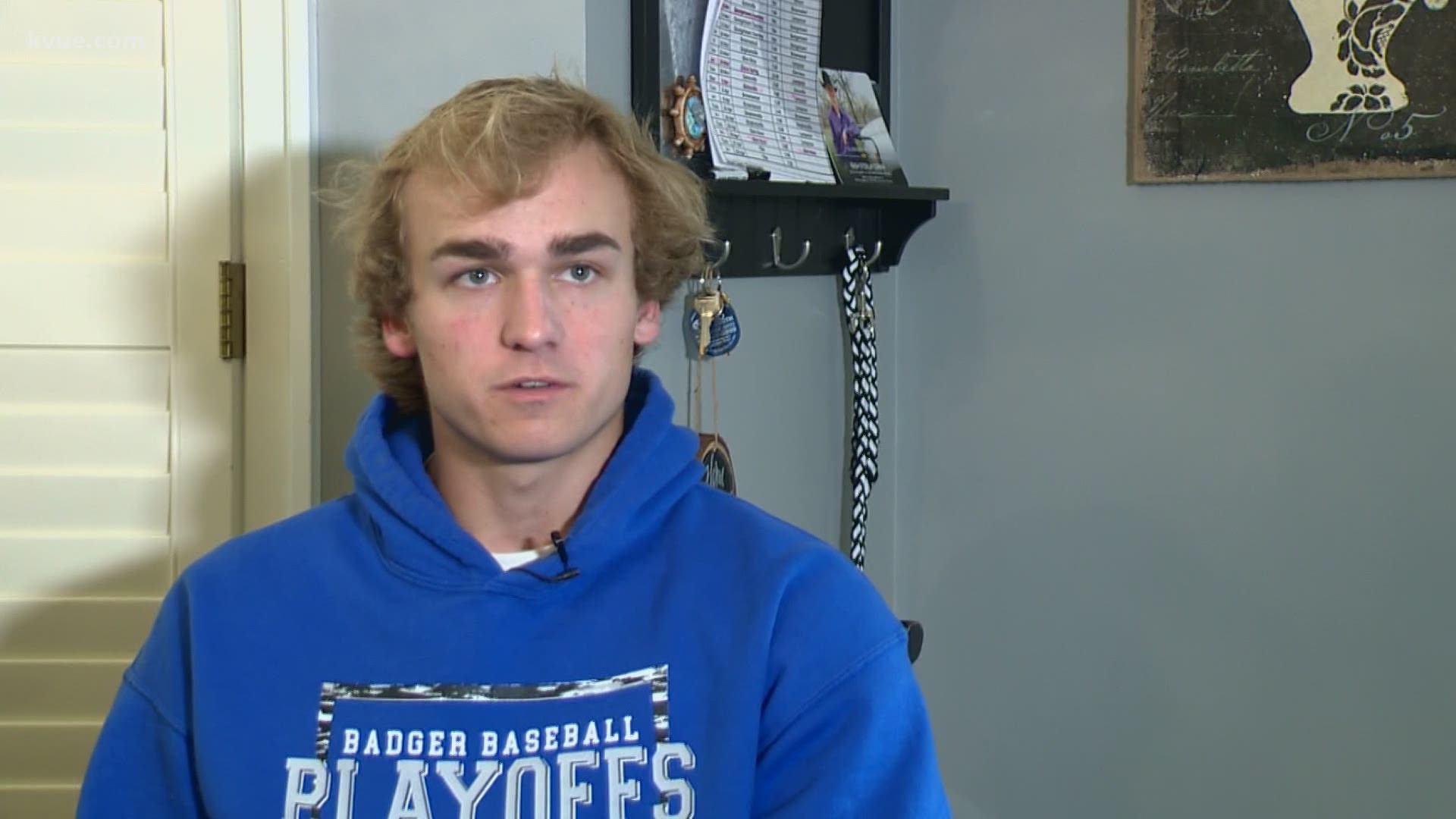 LAMPASAS, Texas — As the burning sun sets on Lampasas, it's clear the only thing that reflects the scalding temperatures is the heat coming from the pitcher's mound.

And inside senior Asher Cade Whitehead, who's appropriately nicknamed "Ace," there's a desire that's just as intense as the summer weather.

For the past few years, Ace has been one of the most electrifying football talents in Central Texas.

Despite accounting for 190 career touchdowns and over 14,000 career yards, he received minimal interest from Power 5 programs.

"They'd ask how tall I was and I'd be honest with them and tell them," he said. "And then they'd tell me they'd call me back and then I would never hear from them again."

"Probably still have a little resentment for some of those people," Ace's mom, Kenna, added.

So late in his senior year, Ace turned up the heat and decided that more important than proving recruiters wrong was proving a loved one right – a loved one who would've loved every second of his journey.

Ace Whitehead has always had a burning desire to play for the Burnt Orange.

But it almost didn't happen.

Tonight on @KVUE at 10: How the death of his cousin almost led him to quit baseball, but is now fueling the fire of his next chapter.@freshflashash | @LampasasISD pic.twitter.com/1x3PHVx08d

Braden Summers was Ace's first cousin, his teammate and his best friend.

The two even envisioned themselves leading the Longhorns to Omaha one day.

"One of my earliest memories with him is just being in the front yard, imagining that we're on the Horns playing in the College World Series," he said.

But before they had the chance to fulfill that dream, tragedy struck.

"He came down with pneumonia and he also was a MRSA carrier," Ace said.

The two infections both targeted his lungs, and combined, proved to be deadly.

"From my understanding, the doctor said it was like the perfect storm in his body, and so it allowed the MRSA to flourish and it settled in his lungs and just destroyed both lungs," Kaden said.

"It's like having your guts pulled out," Kirk Whitehead, Ace's dad, said.

Kirk saw his sister lose her son, his son lose a brother and also the game that brought them together.

"I thought that it was a healing mechanism, and at the time it really wasn't," he said of Ace continuing to play baseball.

"My love for the game was totally gone," Ace added. "Being out there just kind of reminded me that he wasn't there anymore – he wasn't getting to play with me – and so I really just hated being out there."

Ace quit playing baseball for two years, focusing instead on football, only to be later burned by a lack of scholarship offers.

So with his athletic career at a crossroads, Ace got a call from the Burnt Orange, which reminded him of a burning desire.

"When UT showed interest it was just like the fire ignited," Kenna said.

"There's no doubt that playing baseball at Texas is where he's supposed to be," Kirk said.

"That was just the biggest dream we both had," Ace said. "To do the things that we talked about doing, it just kind of feels like everything's come full circle."

US pipeline company halts some operations after cyberattack