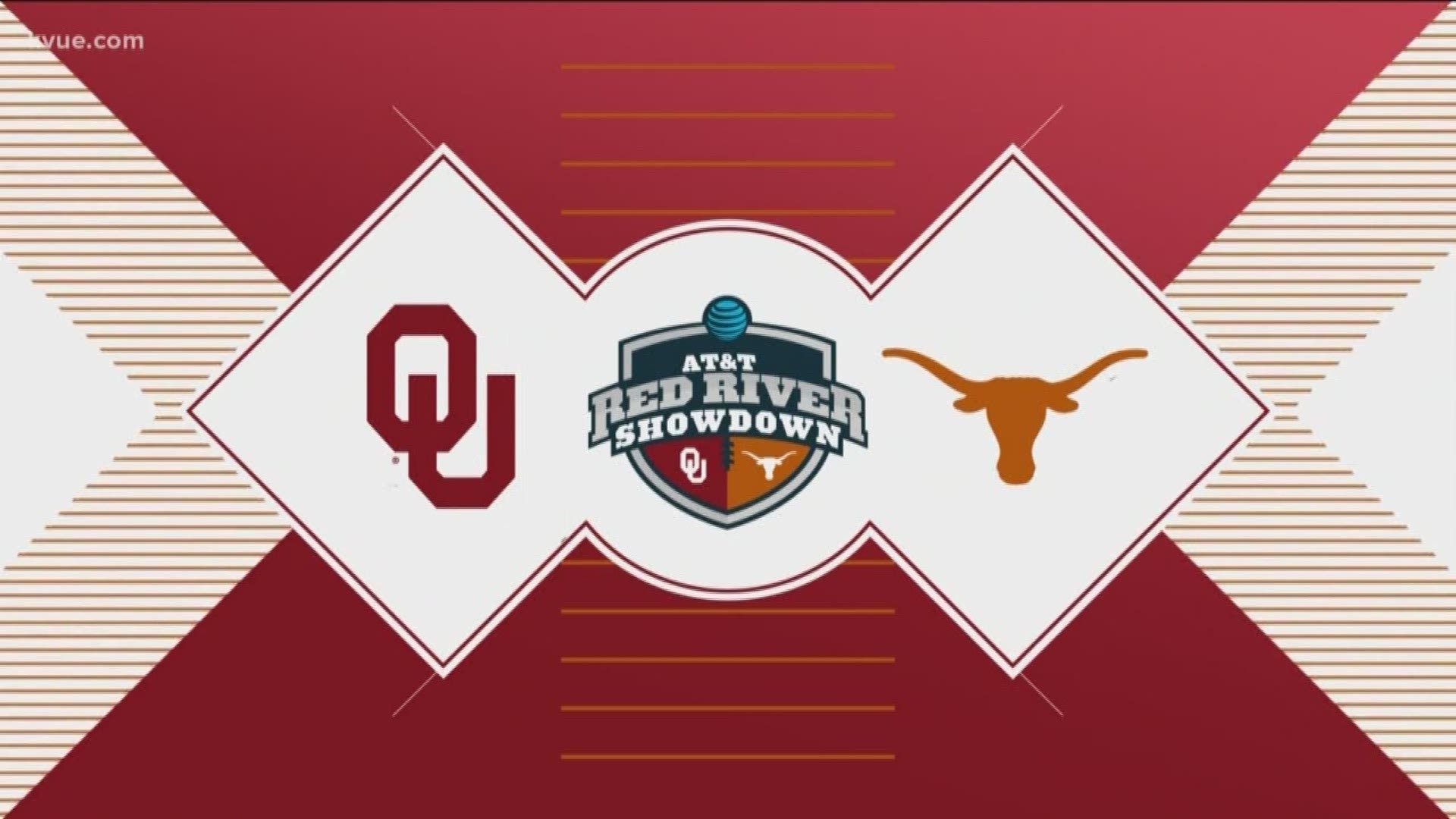 NORMAN, Okla. — Not long ago, an Oklahoma team giving up three defensive touchdowns and 420 yards would have been cause for celebration.

Not anymore. After the Sooners hung on to beat Kansas State 37-31 last Saturday, defensive coordinator Alex Grinch lit into the team, saying some of the players don’t believe in practice.

He lightened up on Tuesday and shouldered more of the blame.

“I think our guys want to prepare better,” he said. “I think they want to play better. That comes down to giving them more credit, not less credit, than we do.”

Though he backed away from comments made immediately after what he considered a disappointing performance, his mindset conveys something more -- that expectations for Oklahoma’s defense have changed.

The defense hit rock bottom in 2018. Oklahoma fired defensive coordinator Mike Stoops after a 48-45 loss to Texas. Things didn’t get much better under the interim coordinator — the Sooners allowed more than 40 points and 500 yards in five of their final six games.

After the season, coach Lincoln Riley hired Grinch to overhaul the unit. Now, in Grinch’s third year, the defense has been the catalyst behind No. 6 Oklahoma’s 5-0 start heading into Saturday’s game against No. 21 Texas.

During Oklahoma’s 13-game win streak dating to last season, the Sooners have 46 sacks — tied for the national lead. Their 18 interceptions during the stretch is sixth nationally, and the Sooners have at least one takeaway in 11 straight games.

That success is part of the reason Riley didn’t mind Grinch calling the defense out.

“I think our standards here are so, so high that when they’re not met, we’re going to point them out,” Riley said. “I think for us, specifically talking defensively, our expectations are to play at an elite level. To do that, I think you’ve got to constantly have an appreciation for how hard it is to play elite football.”

Led by linebacker Nik Bonitto and a slew of talented defensive linemen, Oklahoma ranks 24th nationally with three sacks per game. Isaiah Thomas and Perrion Winfrey both have 3.5 sacks and Bonitto has 2.5. The Sooners rank 15th nationally with 7.6 tackles for loss per game.

A team that used to get bludgeoned on the ground ranks seventh nationally in run defense. They are allowing just 79 yards rushing per game and 2.6 yards per carry. Over Oklahoma’s last 18 games, only one running back has rushed for 100 yards against the Sooners.

The defense has come up with several big moments this season. It held late against Tulane and gave up just 13 points against West Virginia. Cornerback D.J. Graham’s spectacular one-handed interception was the highlight of a 23-16 win over Nebraska. The Sooners shut out Western Carolina 76-0.

“We have a group of young guys that are as talented as we’ve had that I think we’re going to get more involved,” Riley said. “Each year is kind of its own thing. This is where we’re at right now as football team. We’ve had some really bright moments, but bringing it all together and doing it more consistently is what we aim for.”

The defense will get a test from Texas running back Bijan Robinson, the nation’s No. 2 rusher. He averages 130.4 yards rushing per game.

“When you look at him, the film speaks for itself,” Grinch said. “He jumps off the tape. You kind of halfway see from afar as you prepare for your opponents and see the games. You hope when you turn on the video, it’s going to be hype and not real. But in this particular case, it matches.”