Coach Tom Herman said that while the loss hurts, it's not the end of the world. 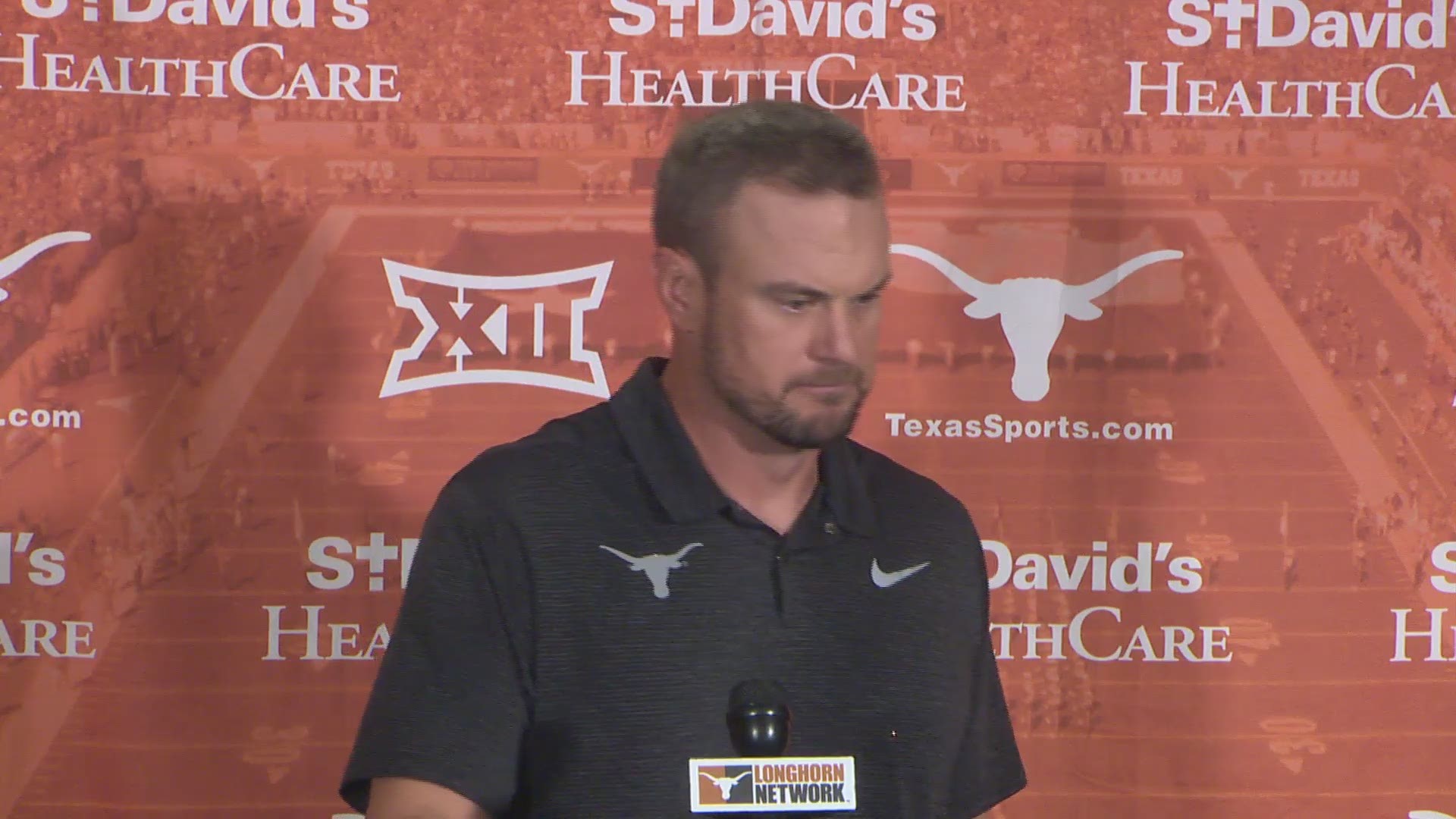 AUSTIN — Two days after losing to the University of Maryland for the second year in a row, Texas head coach Tom Herman insists the loss "feels much different."

"We wanted it so badly that we got in our own way really quick," said Herman. "Everybody still believes in what we've created in the last year and a half."

He also insisted that now is not the time to panic.

"We expect to win every game. We're extremely disappointed when we don't. The sky is not falling. The sun will come up -- hopefully," said Herman.

Quarterback Sam Ehlinger struggled in the beginning and end of the game. The sophomore threw two picks in the final three drives for Texas.

Despite some of Ehlinger's struggles, Herman is not entertaining the idea of replacing Sam with junior quarterback Shane Buechele.

"No, I don't think now is the time to do that. You're going to wind up in the same position that we were in last year," said Herman.

Herman reiterated that while the loss hurts, it's not the end of the world.

"Honestly, this is one game. This is one game that doesn't count in the Big 12 standings. There's a lot of reasons that went into why we lost. It's not going to define us. It's not. Week one won't define anybody," he said.

Next, the Longhorns are set to take on the Tulsa Golden Hurricane football team at home at Darrell K Royal-Texas Memorial Stadium Saturday, Sept. 8 at 7 p.m.