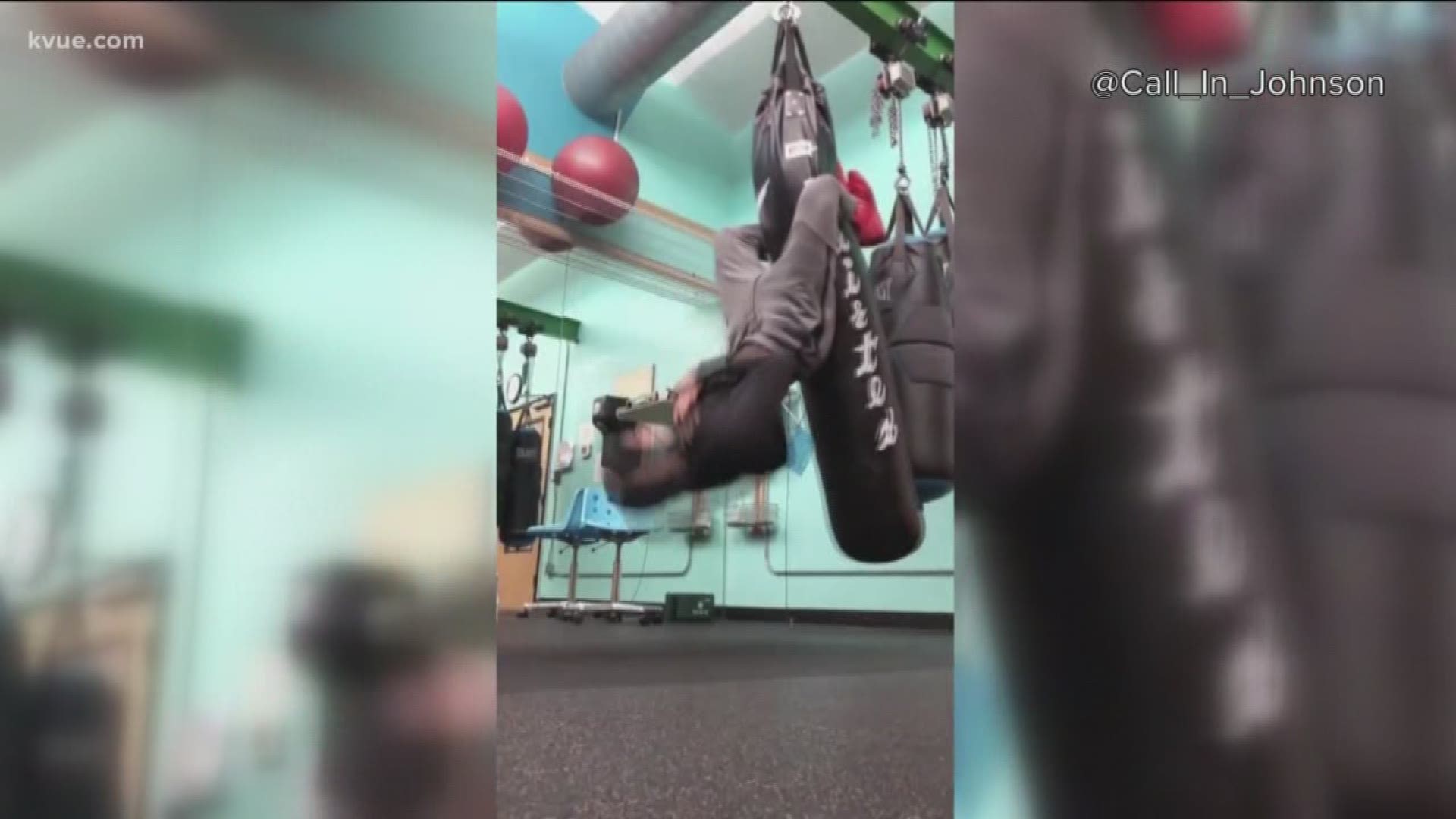 AUSTIN, Texas — In the 2020 NFL Draft, Texas Longhorns wide receiver Collin Johnson was selected 165th overall in the fifth round by the Jacksonville Jaguars.

He becomes the third Longhorn from the 2019 roster to be selected, joining Brandon Jones (Miami Dolphins) and Devin Duvernay (Baltimore Ravens).

Johnson was one of four University of Texas players invited to the 2020 NFL Combine.

In his senior season for the Longhorns, Johnson played in only seven games while nursing a hamstring injury for much of the year. When in the starting lineup, however, Johnson produced six or more catches in four of the six games he played in and hauled in 90-plus yards in three. Johnson was a Biletnikoff Award preseason watch list candidate in 2019 and caught 38 passes for 559 yards and three touchdowns.

NFL Draft: Baylor's James Lynch drafted by Minnesota Vikings, believed to be first selection ever from Round Rock High School

Johnson spoke with KVUE's Jeff Jones in the weeks leading up to the draft about how he was preparing amid the coronavirus pandemic.

"Every day I can come up with a new way to challenge myself athletically because you never know when on the field you may need it," said Johnson.

Johnson's Twitter page features clips of him doing crunches while hanging upside-down, catching passes while balancing on an exercise ball and punting a football while doing a backflip – unusual exercises that should each come with its own "kids, don't try this at home" warning.

So, where did the idea for these off-the-wall workouts come from?

"Up here, man\,!" Johnson said as he tapped the side of his head. "I’m a creative guy, and when it comes to workouts I’ve always been creative. These are the times to embrace that during this whole pandemic because you’re forced to be creative."

RELATED: Collin Johnson reflects on his time with the Longhorns before the NFL Draft

NFL analyst Lance Zierlein described Johnson as "productive outside receiver with great size and ball skills, but below-average speed." Zierlein suggested Johnson may benefit a team with an offense that allows him to work downfield, where size overrides quickness once the ball is in the air.

Glance at plans sports leagues have made to resume play