After two straight upsets, UT will take on No. 1 seed South Carolina in the Elite Eight. 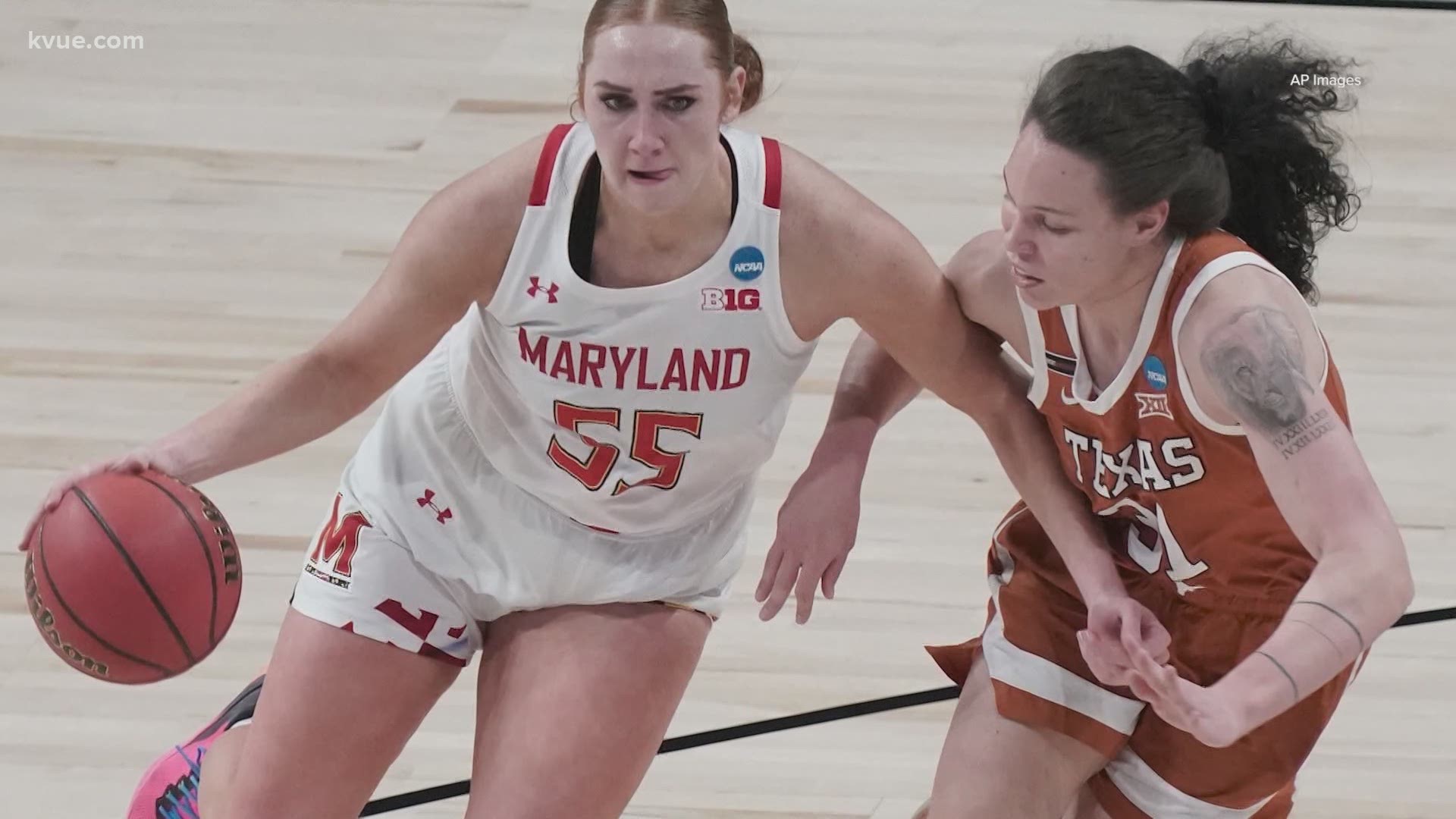 The Texas women's basketball team continued to keep the ball rolling in the 2021 NCAA Tournament, defeating the No. 2 seed Maryland in the Sweet Sixteen, 64-61.

The win came after UT defeated No. 3 seed UCLA, 71-62, in the second round. It was just the 16th time in school history that the Longhorns had made the Sweet Sixteen.

Four UT players scored in double figures: Charli Collier (16), Celeste Taylor (15), Joanne Allen-Taylor (14) and Kyra Lambert (10). UT overcame an early deficit after the Terrapins started the game on a 9-0 run. UT went into the half down 32-25.

1 / 5
AP
Texas's Celeste Taylor tries to get past Maryland's Katie Benzan during the second half of an NCAA college basketball game in the Sweet 16 round of the Women's NCAA tournament Sunday, March 28, 2021, at the Alamodome in San Antonio. (AP Photo/Morry Gash)

However, a 24-point third quarter helped turn the tide in the Longhorns' favor. It was close down the stretch, but a clutch jumper from the elbow by Taylor tied the game 59-59 with just over a minute to go.

A layup from Lambert gave UT the lead with 45 seconds left, then free throws from Lambert, Taylor and Lauren Ebo iced the game.

6-seed @TexasWBB takes down 2-seed Maryland to advance to the Elite Eight.

WHAT. A. GAME. #ncaaW pic.twitter.com/fkCtFJphuJ

"I can't wait to get back into the gym and get ready for the next game," Collier said on the ESPN broadcast.

"I can't wait to get back into the gym and get ready for the next game!"

Texas has now beaten multiple top-3 seeds in a single NCAA Tournament for the second time, according to ESPN Stats & Info. The other instance came in 1986 en route to winning the national title. Texas head coach Vic Schaefer and UConn head coach Geno Auriemma are the only coaches to appear in the Elite Eight each of the last four NCAA Tournaments.

UT will take on No. 1 seed South Carolina in the Elite Eight.