UT officials invited the media on a hard-hat tour on Wednesday, highlighting the progress of the Longhorns' new home for athletic events. 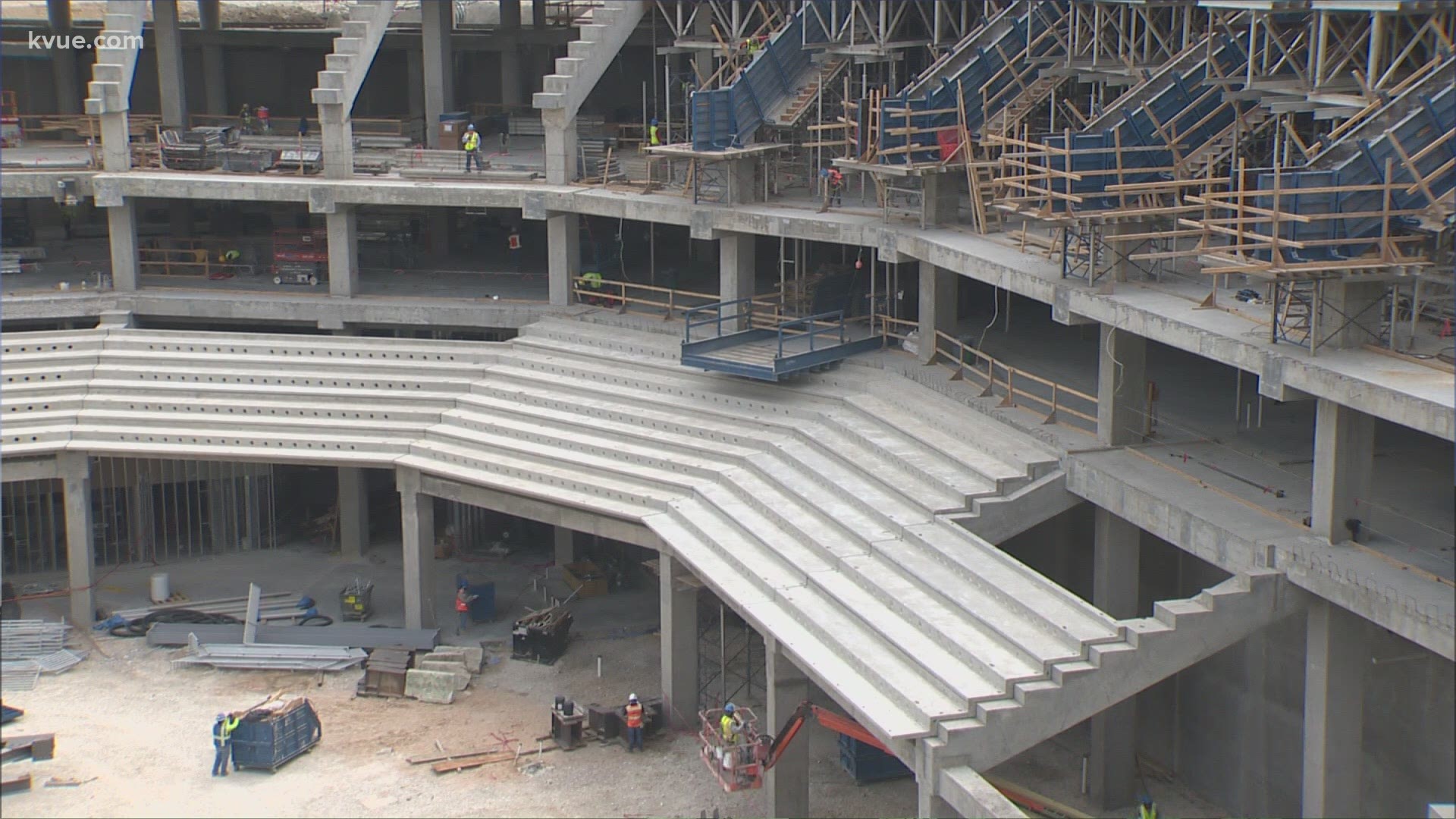 AUSTIN, Texas — Editor's note: The video published above is from the groundbreaking in December 2019.

The University of Texas announced last week that Dell Technologies would be the founding partner of the Moody Center, and now KVUE is getting an inside look at the new state-of-the-art venue set to replace the 42-year-old Frank Erwin Center.

UT officials invited the media on a hard-hat tour on Wednesday, highlighting the progress of the Longhorns' new home for athletic events. The Moody Center will also host other headlining events such as concerts and comedians.

KVUE's Jake Garcia was at the hard-hat tour and gave a live look on Facebook Wednesday morning:

Photos: Inside look at Austin Moody Center under construction

1 / 7
John Gusky, KVUE
KVUE got a hard-hat tour of the Moody Center, which is replacing the Frank Erwin Center.

The Weeknd announced in February that he's bringing his After Hours Tour to Austin as part of the grand opening festivities. Tickets for the concert went on sale starting Monday, Feb. 8, via Ticketmaster. The concert is scheduled for April 18, 2022.

The Moody Center is one of many construction projects underway within the UT athletics program, including the South End Zone project at Darrell K. Royal-Texas Memorial Stadium. Progress of the football stadium project was highlighted in the Texas Orange-White Spring game.

KVUE got an aerial view of the construction at the Moody Center: