Elish finished the shortened season with an 11-3 record, 1.25 ERA and her second career perfect game. 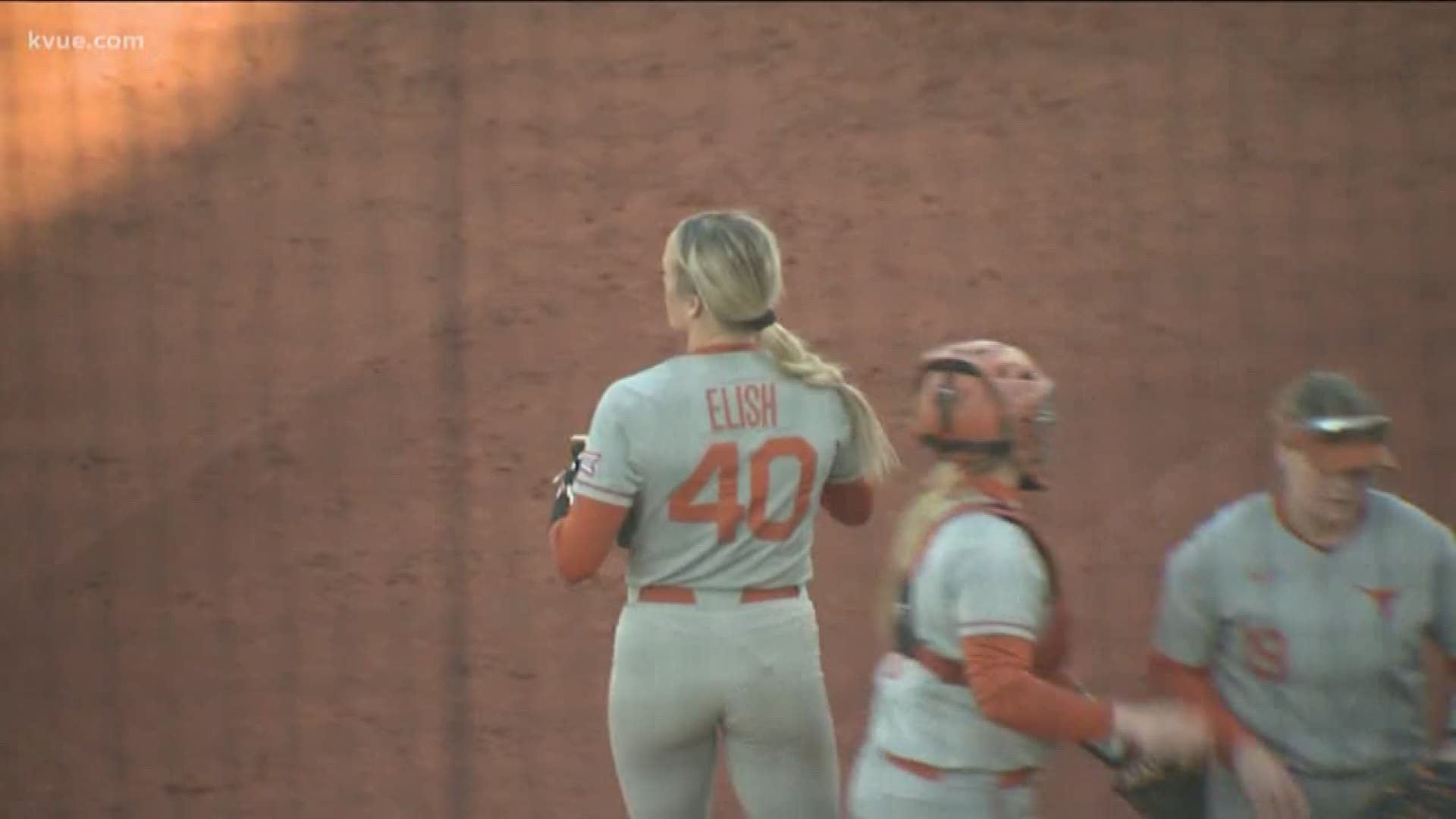 Elish finished the shortened season with an 11-3 record, 1.25 ERA and threw her second career perfect game. According to Texas Athletics, Elish threw a perfect game in her sophomore season when she played for the Oregon Ducks.

Elish's 10-strikeout performance against New Mexico marked the 11th perfect game in Texas softball history and she became the fourth UT pitcher to throw one, joining the likes of Cat Osterman, Blaire Luna and Shea O'Leary.

The 10-strikeout perfect game was Elish's last time on the mound before the NCAA canceled spring sports seasons due to coronavirus, making it the lasting image of her 2019-20 campaign.

Report: Baseball could be eyeing potential May return with all 30 teams playing in Arizona

What does the UIL's indefinite suspension mean for high school sports in Texas?