"It was the strangest feeling. I remember being super dizzy and light-headed and thinking, 'Oh my gosh, this isn’t real.'" 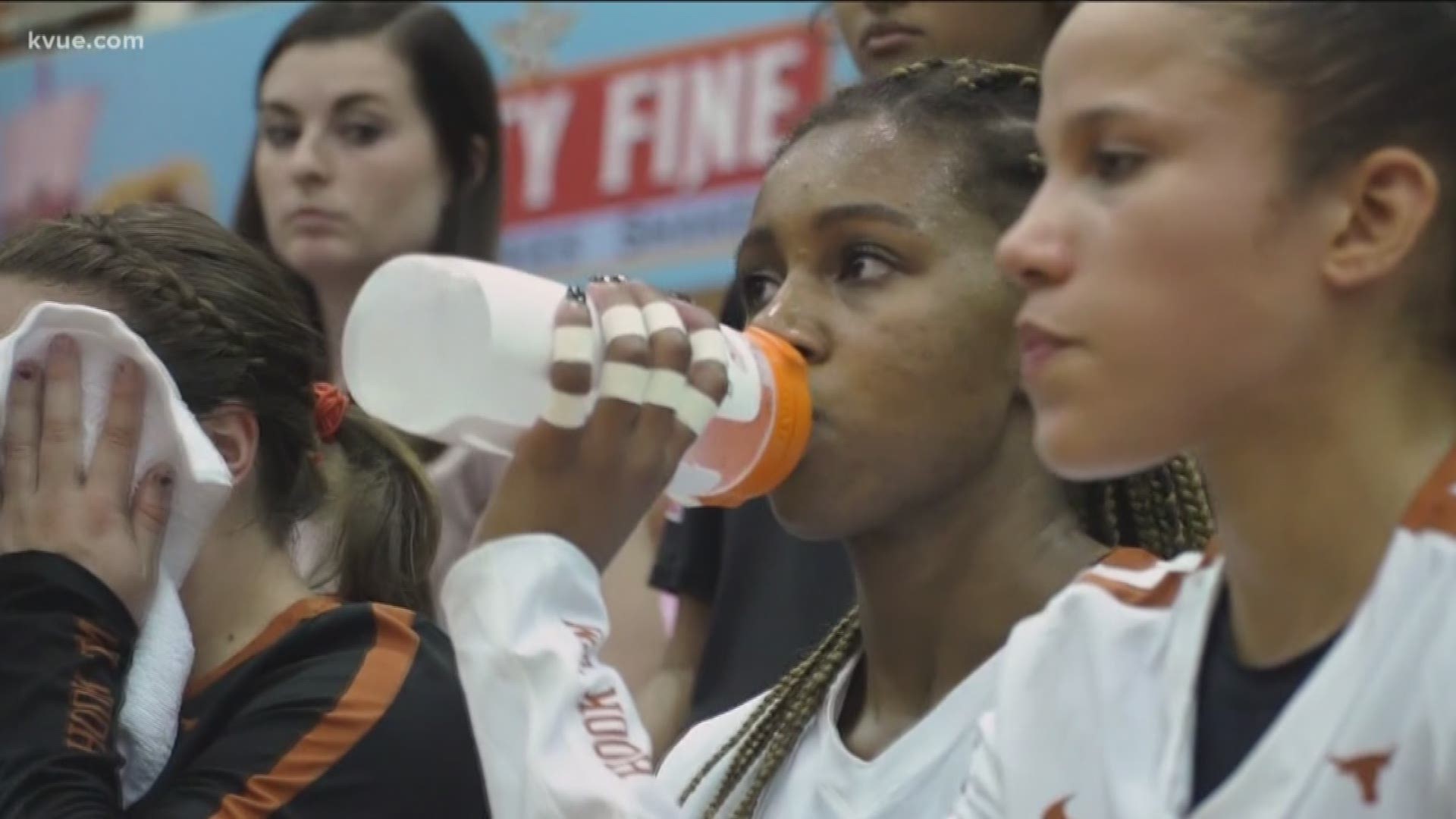 AUSTIN, Texas — Texas Volleyball player Asjia O'Neal has endured more in her 20 years than most do in a lifetime.

The middle blocker from Southlake has survived two open-heart surgeries – the first when she was just 12 years old.

"It was just kind of an overwhelming feeling all the time," O'Neal said. "Being super young and not really understanding what was going on also played a big part in it."

O'Neal's surgery was the result of a leak in her mitral valve – an ailment she was born with. She still remembers the phone call that her family received with the news that an operation was needed before her 13th birthday.

“It was the strangest feeling," O'Neal said. "I remember being super dizzy and light-headed and thinking, 'Oh my gosh, this isn’t real.'"

Seven years after that first operation, during her sophomore year at Texas, O'Neal experienced some familiar symptoms.

"Sometimes I’d overexert myself and get chest pain, get really shortness of breath or get dizzy," O'Neal said.“I knew I wasn’t feeling well and I kind of was like, 'Well, maybe if I have [another] surgery, I’ll feel so much better.'"

Another surgery was needed and this time, an older, more experienced O'Neal attacked her rehab and recovery with an elevated sense of focus.

That focus didn't leave once she finished rehab. It stays with her today, during her offseason training. Just four months removed from surgery, she said she now feels stronger than ever.

"So, I just ran on a treadmill and I’ve never been able to run that hard, that long probably since I was a little kid. So, that was just really incredible to me to see how amazing I felt and how different it was from before," O'Neal said. "I could say, 'Wow the surgery really worked.'"

O'Neal's doctors tell her they are "99% sure" she will never need another open-heart surgery.

"I think [hearing] that really just gave me a sense of reassurance, and I can finally exhale and just be a volleyball player," she said.

WATCH: Brendan Jones gets creative with workouts during pandemic