In Monday's press conference, Tom Herman announced more injuries on the defensive side of the ball, adding to an extensive list of injured defensive players. 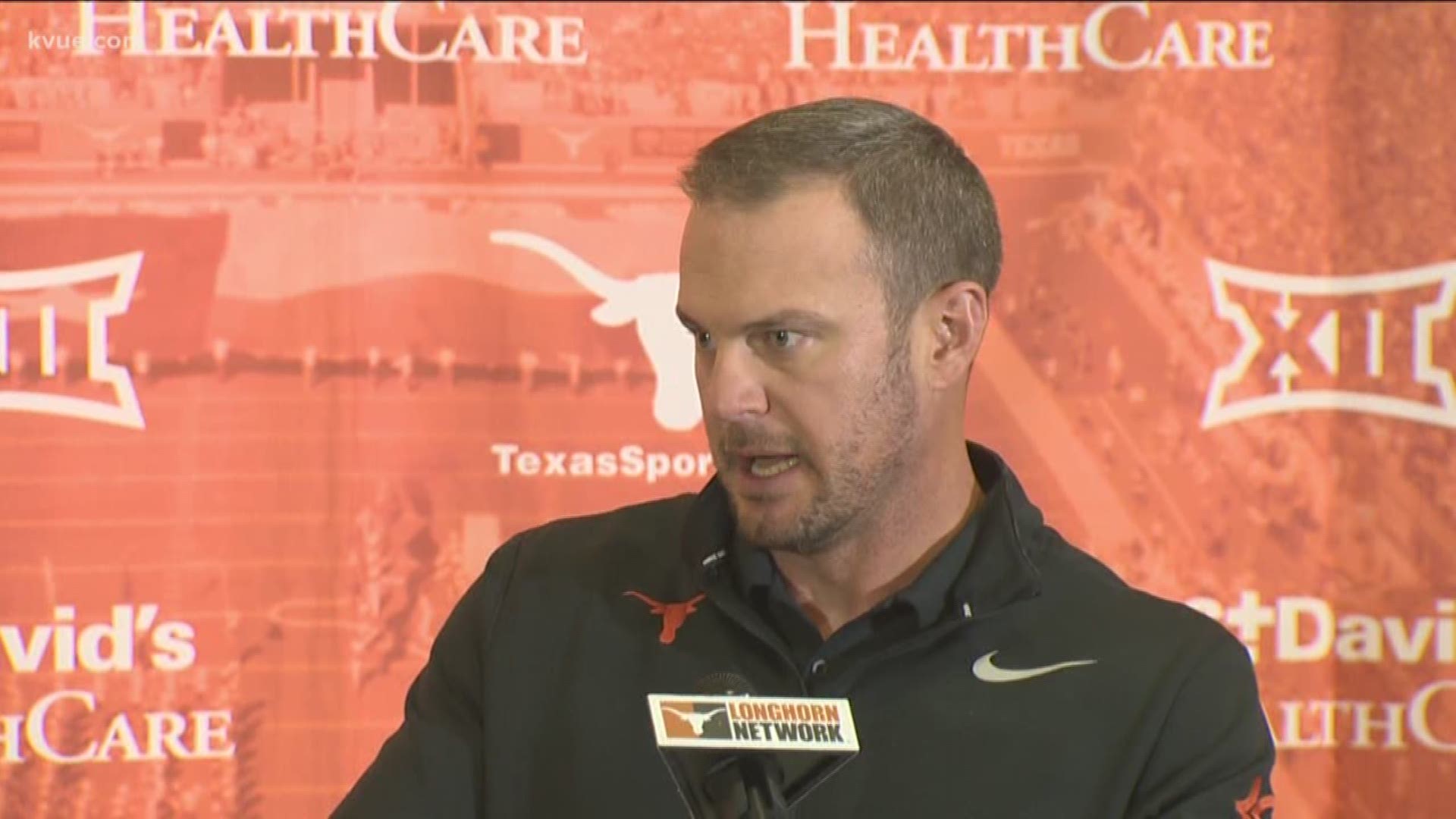 AUSTIN, Texas — With all eyes looking forward to Kansas, Tom Herman gave the media a few updates regarding the injury report for the matchup with the Jayhawks.

Collin Johnson returned to the injury report after making his return from a hamstring injury that sidelined him for weeks. Herman said he was continuing to be evaluated, was not diagnosed with a concussion and would be lifting weights during workouts on Monday.

Junior defensive back Chris Brown suffered a fractured forearm and would need surgery, Herman said. Brown will be out for at least six weeks, according to Herman.

Senior linebacker Jeffrey McCulloch dislocated his shoulder and would not be available for the Kansas game, Herman said.

Finally, sophomore linebacker Juwan Mitchell sprained his elbow and Herman said he would not be limited too severely as the week progressed.

Texas continues to battle injuries on the defensive side of the football. The injury-related news to Brown, McCulloch and Mitchell adds to the list of bruised and battled Longhorns.

In late September, the Longhorns defense took a big hit in the secondary with the announcement of injuries to Caden Sterns, Josh Thompson, Jalen Green and Marcus Tillman Jr. All four players have yet to return from injury.