The patients were able to fish in a pool set up in Dell Children's Healing Garden. 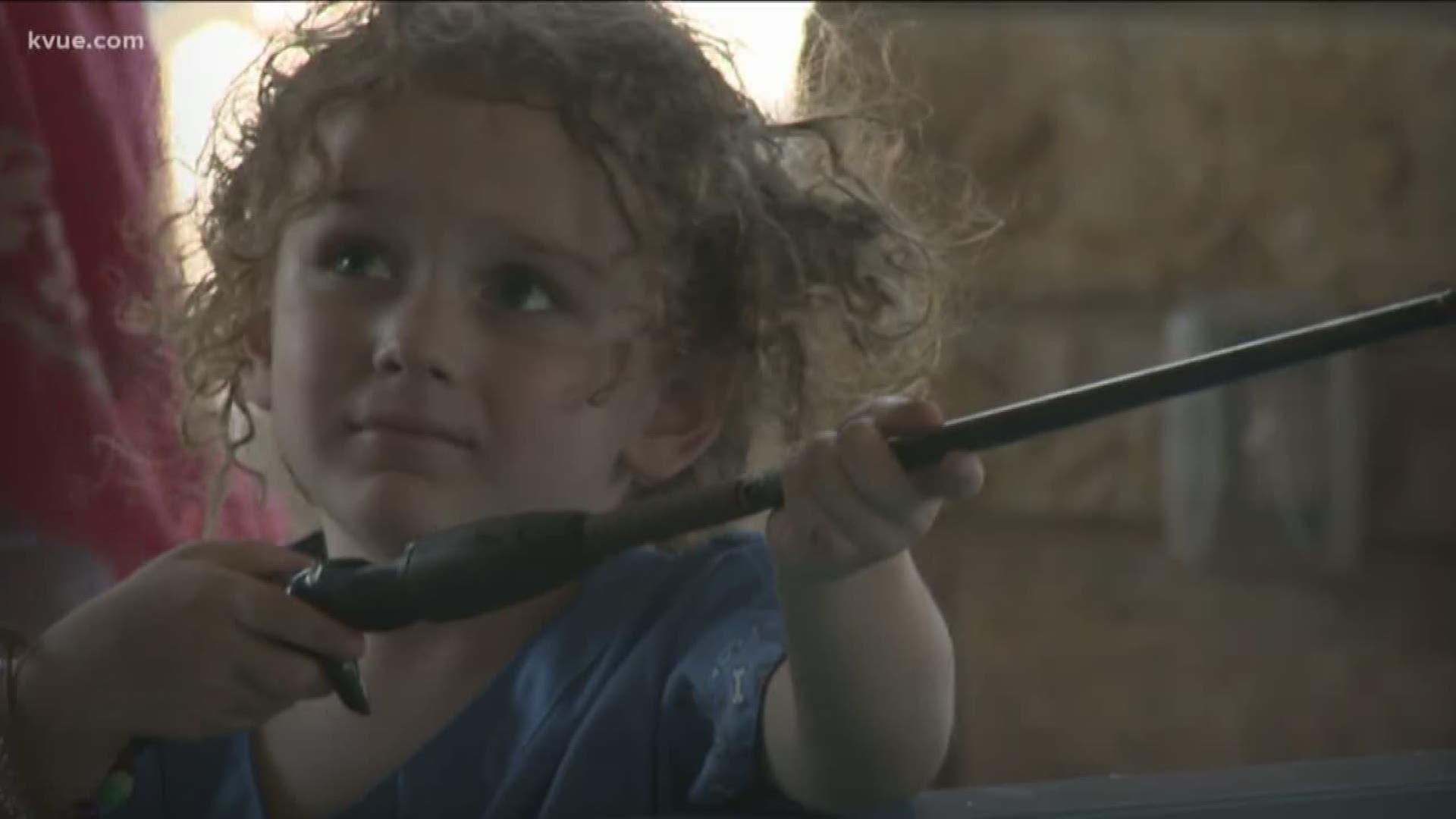 AUSTIN, Texas — Many kids at Dell Children's Medical Center aren't able to go to the Texas vs. LSU football game on Sept. 7 – so the Longhorns came to them instead.

A pool was set up in the Dell Children's Healing Garden, and Larry's Fish Farm in Giddings supplied more than 300 fish to help fill it up.

The kids at the medical center got the chance to go fishing in the pool with the help of members of the Texas Longhorns football team.

"We really care about how the kids feel, that they see our faces," said UT defensive end Ta'Quon Graham. "We're smiling and taking pictures, you know, fishing with them, just having a good time."

The event was able to bring a lot of joy to the kids at Dell Children's.

Where to watch the UT vs. LSU football game in Austin

Before LSU matchup, Texas fans can snap a photo with Heisman Trophy and its former UT recipients

"I'm a big UT fan so it's fun to see the players out here ... I think it's really cool that they did this," Joe Simpson, a patient at the center, said. "It's going to be fun to see them play against LSU."

Larry Spitzenberger, the owner of Larry's Fish Farm, said it was all about putting smiles on the children's faces.

"This gives them the opportunity to get their stress off their mind," Spitzenberger said. "It gives them a little pleasure to bring out that smile they haven't had in days sometimes."

The children were also given a photo with the football players and a trophy for catching a fish.

Kickoff for the game between Texas and LSU will be at 6:30 p.m. on Saturday at Darrell K Royal - Texas Memorial Stadium. You can catch the game on KVUE!

What to know as UT Austin prepares for ESPN College GameDay

Teen was picked up from school before man sexually assaulted her at Austin motel: Police