It's not his natural position, but Jordan Whittington has taken to running back faster than Texas head coach Tom Herman could've ever imagined. 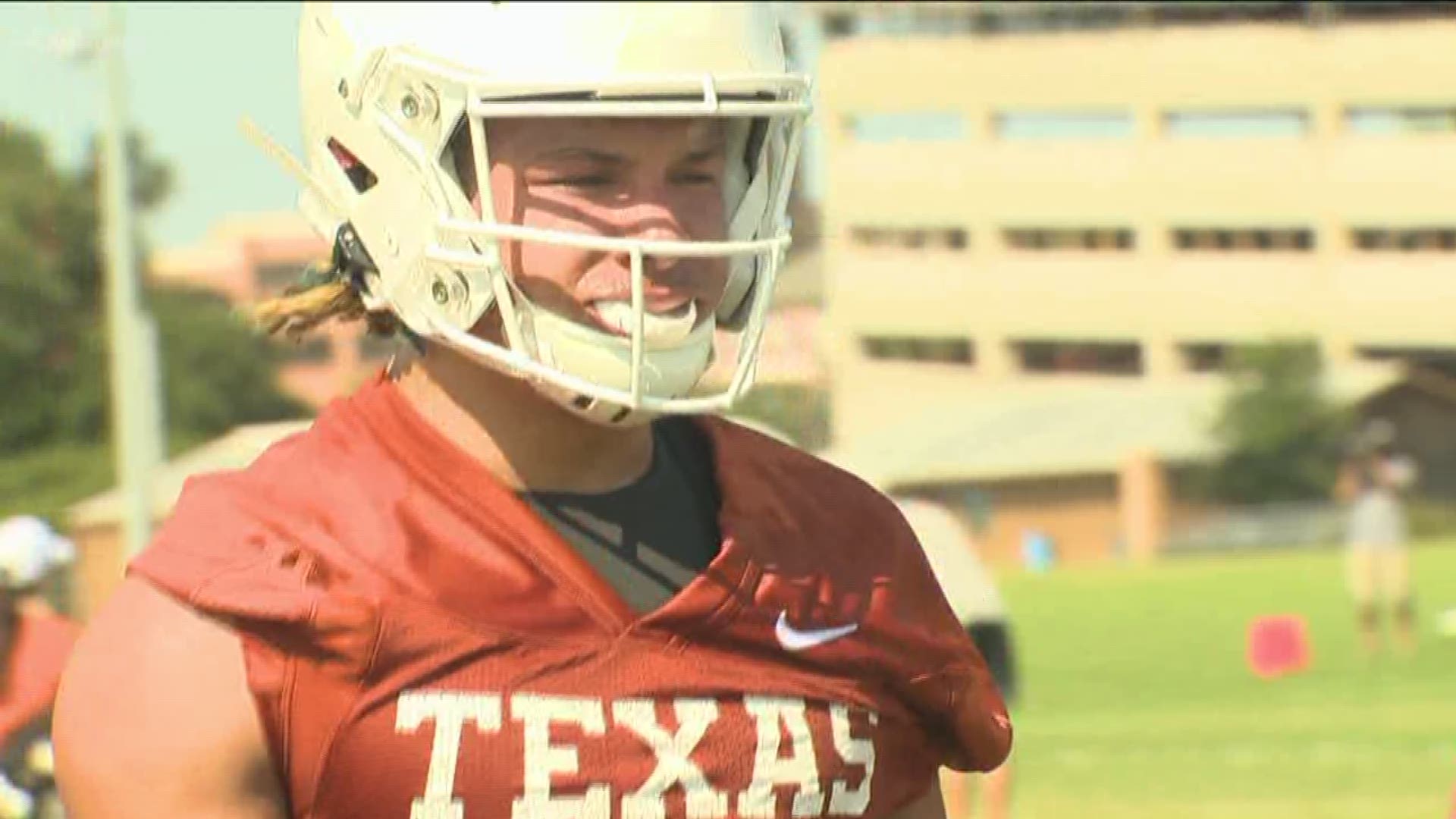 AUSTIN, Texas — The rise of Texas running back Jordan Whittington is hard to believe for a freshman, but in head coach Tom Herman’s eyes, it’s unprecedented.

“One of the most amazing things I’ve seen in my 20-something years coaching is how a guy that’s never played a position before in his life took to it that naturally,” Herman said.

While “never” might be a stretch when it comes to the entirety of Whittington’s football career – with rushing attempts here and there during his time at Cuero High School – the point stands that it’s not the position the Longhorns envisioned him playing.

In fact, when Texas began trotting him out with the running backs during spring ball, many presumed it was still likely that he would transition back to his more familiar wide receiver position or to the defensive side of the ball.

Instead, Whittington blossomed at running back during those spring practice sessions and has continued to impress during the early stages of fall camp – so much so that he's skyrocketed up to second on the Longhorns depth chart.

“[Whittington's] a dog,” starting running back Keaontay Ingram said. “Dog mentality. He’s going to work hard every day. He’ll give you all he’s got. He came in ready, ready to work. He’s going to be a weapon this year.”

“He could go play safety if he wanted to,” Ingram said. “He’s just an athlete.”

Texas was hoping to fill a position of need at tailback and Whittington has clicked ever since. He joins a position group with a chip on its shoulder for the new season after the Longhorns leading rusher in 2018 wasn't one of them, but rather quarterback Sam Ehlinger.