Longhorns feed those in need

Following a dangerous weather event and a power and water crisis, numerous former and current Texas Longhorns found ways to give back. 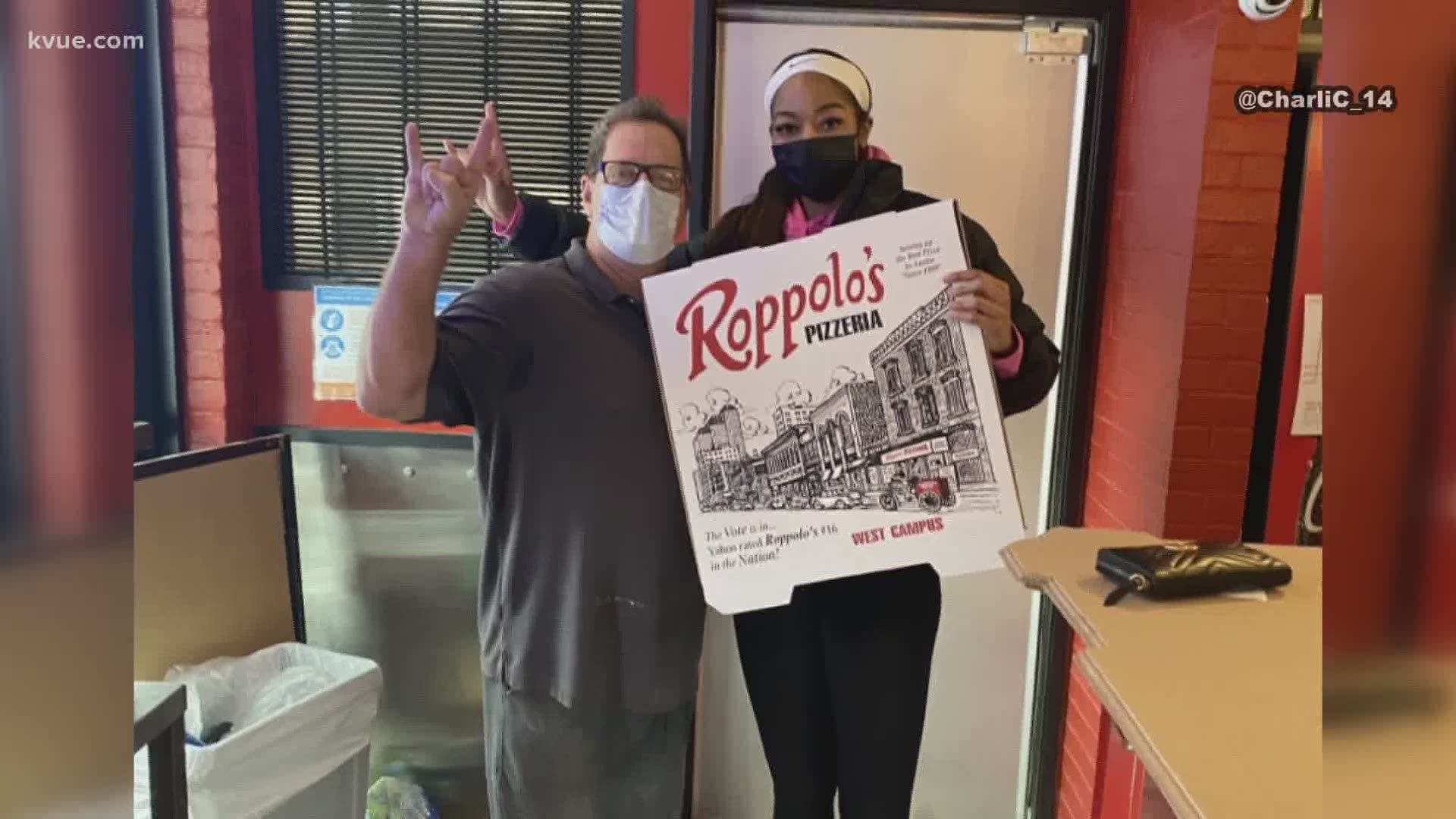 AUSTIN, Texas — After a dangerous winter storm wreaked havoc across Texas, several current and former University of Texas athletes and coaches donated their time, money and meals to those in need in Central Texas.

"Blessings come when you do nice things for people," Collier said. "I just wanted to spread that and be nice."

I choose to not complain about things but want to give thanks for everything.

The next 50 people to go to Roppolos Pizzeria @roppolos and orders a personal cheese or pepperoni pizza,
is on me!!

Thank you Marc (owner) for allowing me to do this!

Former Longhorn (2011-2014) and current Seattle Seahawk Quandre Diggs purchased meals for those in need all over Central Texas including Pflugerville, Manor, Lakeway and other areas.

Abby and I have contributed 120 plates of chicken fried rice meals from J’s Hibachi for those in need tomorrow between “4pm-6pm” first come first serve!! y’all stay warm + safe!

Michael Huff, a former player (2002-2005) and the current assistant director of player development for Texas Football, spent the days following the ice storm, paying for thousands of hot meals in Austin, Dallas, Irving, Fort Worth and San Antonio.

"So many people have been affected, so I want to just touch as many places as I can," Huff said.

If you’re in Austin and need a hot meal and can safely make it to @DonJuanTaco I’ve paid for 1,000 tacos in advance. Let’s feed as many people as we can and only take what you need. 2300 E Cesar Chavez st Austin, TX 78702.

Thanks @CoachSark and @LorealSarkisian who purchased and donated 500 meals from our friends at @Raising_Canes for the Austin/Travis Co Emergency Ops team, and were distributed to those in need today! #AllGasNoBrakes #Hookem #ONELOVE 🤘🧡 pic.twitter.com/HUSwQDCL5O

What you need to know before you apply for FEMA money