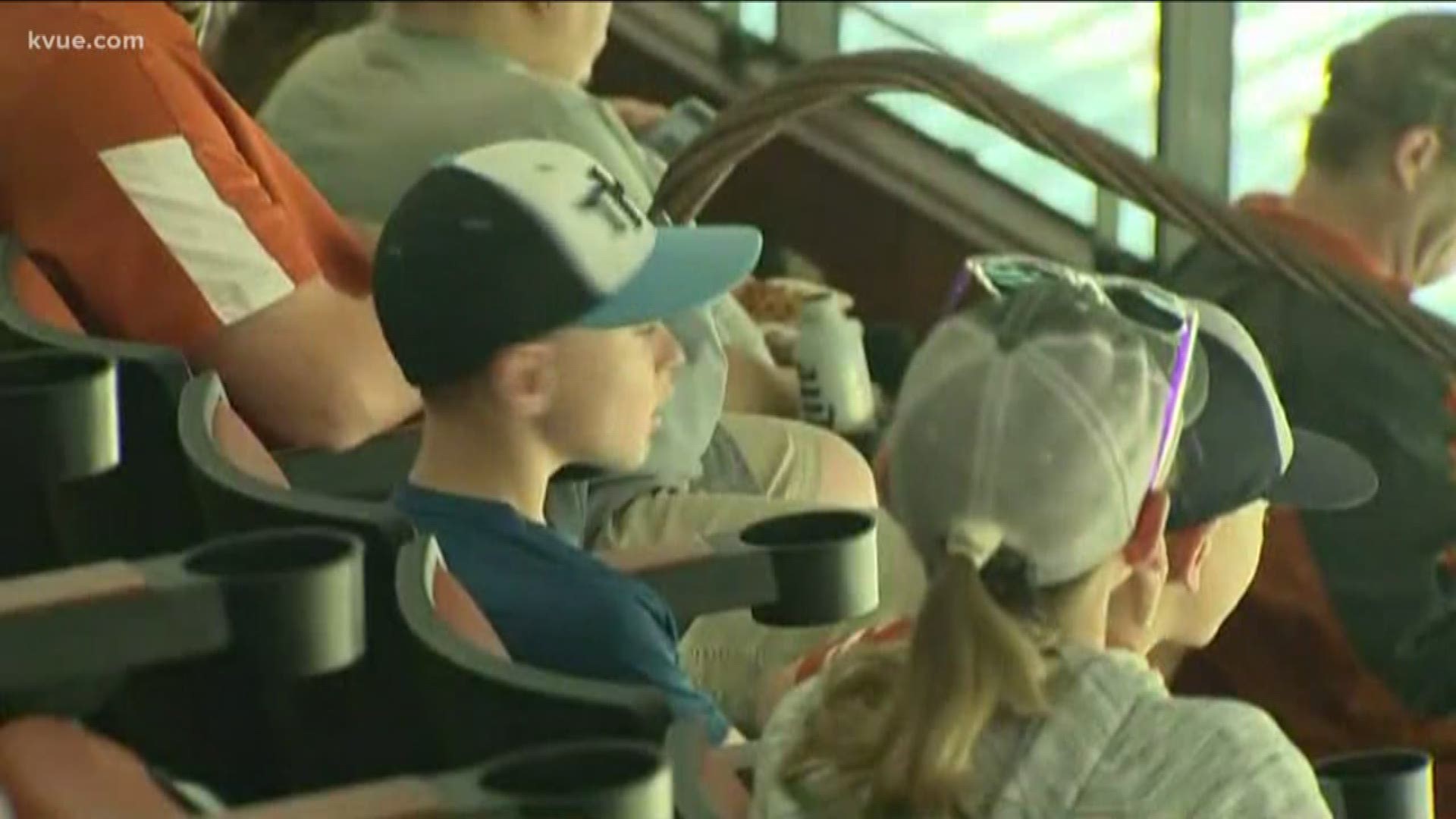 Along the facade of the Fairmont hotel in downtown Austin, a giant Longhorn logo could be seen lit up in lights.

A representative with Fairmont Austin said the lights were in celebration of the hotel's sponsorship of Texas Athletics for the 2019 football season. The hotel has special packages and events happening in conjunction with the football games.

Man dies after being hit by car on I-35