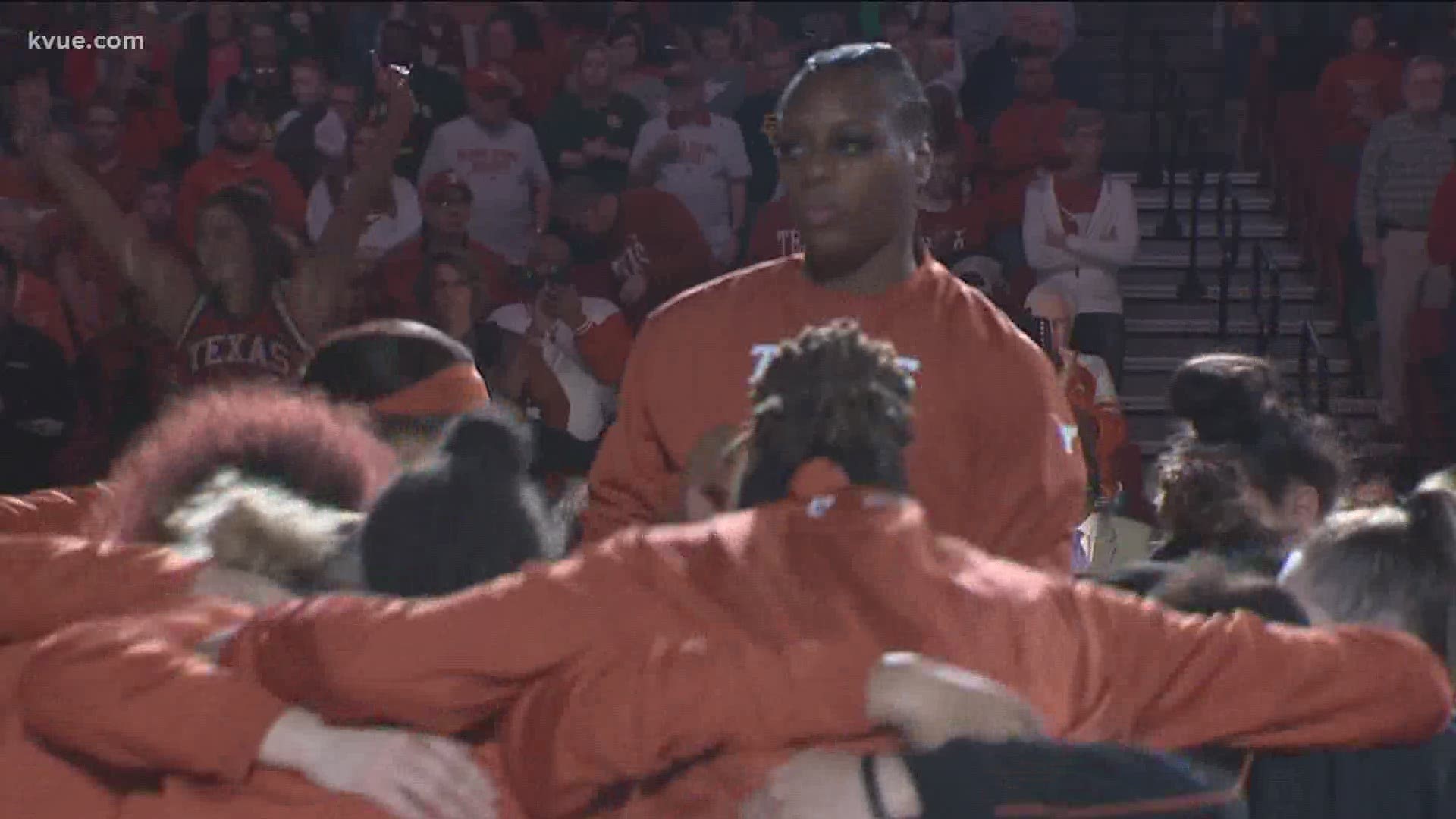 Holmes was selected with the 19th overall pick in the second round of the 2020 WNBA Draft by the Seattle Storm, but was waived on May 26 for the league's roster finalization deadline.

Before the 2020 WNBA draft, 10 women's basketball players in UT history had been drafted to the WNBA, according to Texas Athletics:

KVUE profiled Holmes in March when the former Longhorn standout spoke on Kobe Bryant's influence on her as a basketball player in the wake of Bryant's tragic death.

In fact, because of him, she wears the number 24.

"That was the only person I just adored," Holmes told KVUE at the time.

In her time at Texas, Holmes played in 114 career games with 92 starts. She finished her Texas career ranked No. 29 in the school's history. She scored 1,270 points.

Holmes earned recognition from All-Big 12 teams three times in her career: 2017 first team, 2019 honorable mention and 2020 honorable mention. She was also the 2017 Freshman of the Year in the Big 12 Conference.