With leukemia treatments completely behind him, Andrew Jones is expected to have a sizable role for Texas this season. 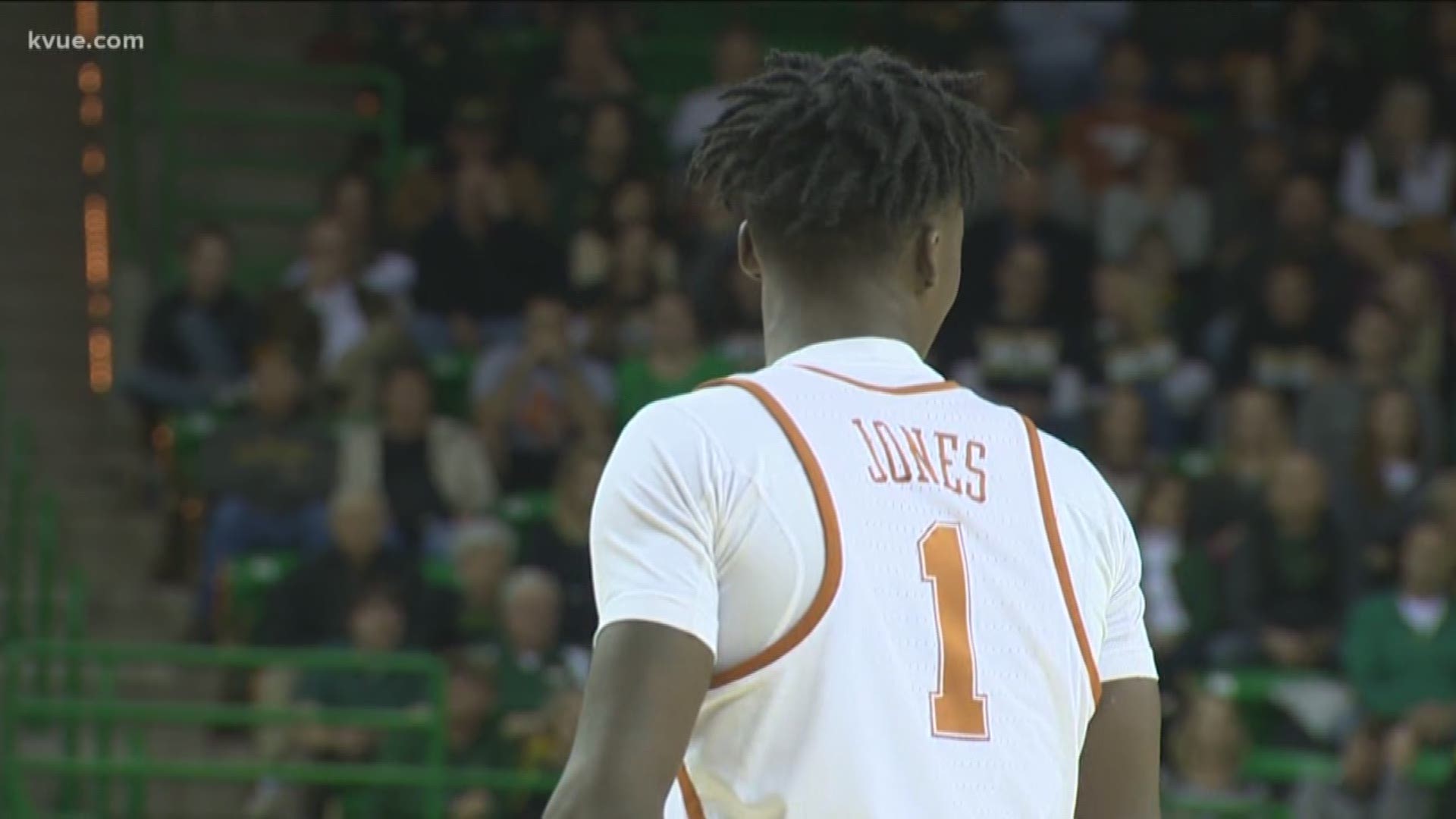 Andrew Jones’ recovery from leukemia and return to action for Texas men’s basketball continues to amaze.

Exactly 23 months from his career-high, 19-point outburst against VCU, Jones is set to not only play in Tuesday night’s opener but log significant time.

“[Jones is] not the exact same as what he was, but he – in some ways – is better. He’s wiser. His jump shot certainly didn’t go anywhere,” Texas head coach Shaka Smart said. “He’s earned the right through the way that he’s played and the way that he’s approached practice to be in our top six guys. He’s going to play a significant amount.”

Jones finished his final set of leukemia treatments in mid-September and has been practicing with the team leading up to the start of the season.

“He still has some room to grow to gain a little bit more strength back and get all the way back to where he was,” Smart said.

Andrew Jones back practicing with Texas Longhorns after leukemia treatments

Jones was granted a medical redshirt each of the past two seasons and enters the new year as a redshirt sophomore, despite it being his fourth year with the program.

Smart said he expects an emotional reception for Jones when he takes the court.

“The way that he’s handled this whole ordeal has been phenomenal,” he said. “I think it says a lot about his family, his upbringing. When he goes out there and goes in the game, it’s going to be very emotional. It’s going to give a lot of us a feeling of appreciation and enthusiasm for the fact that he’s back out there doing what he loves.”

'I feel whole again' | One year and 200 miles later, missing dog is home