Wide receiver John Burt has a chance to do something no other Longhorns player has done against Oklahoma. 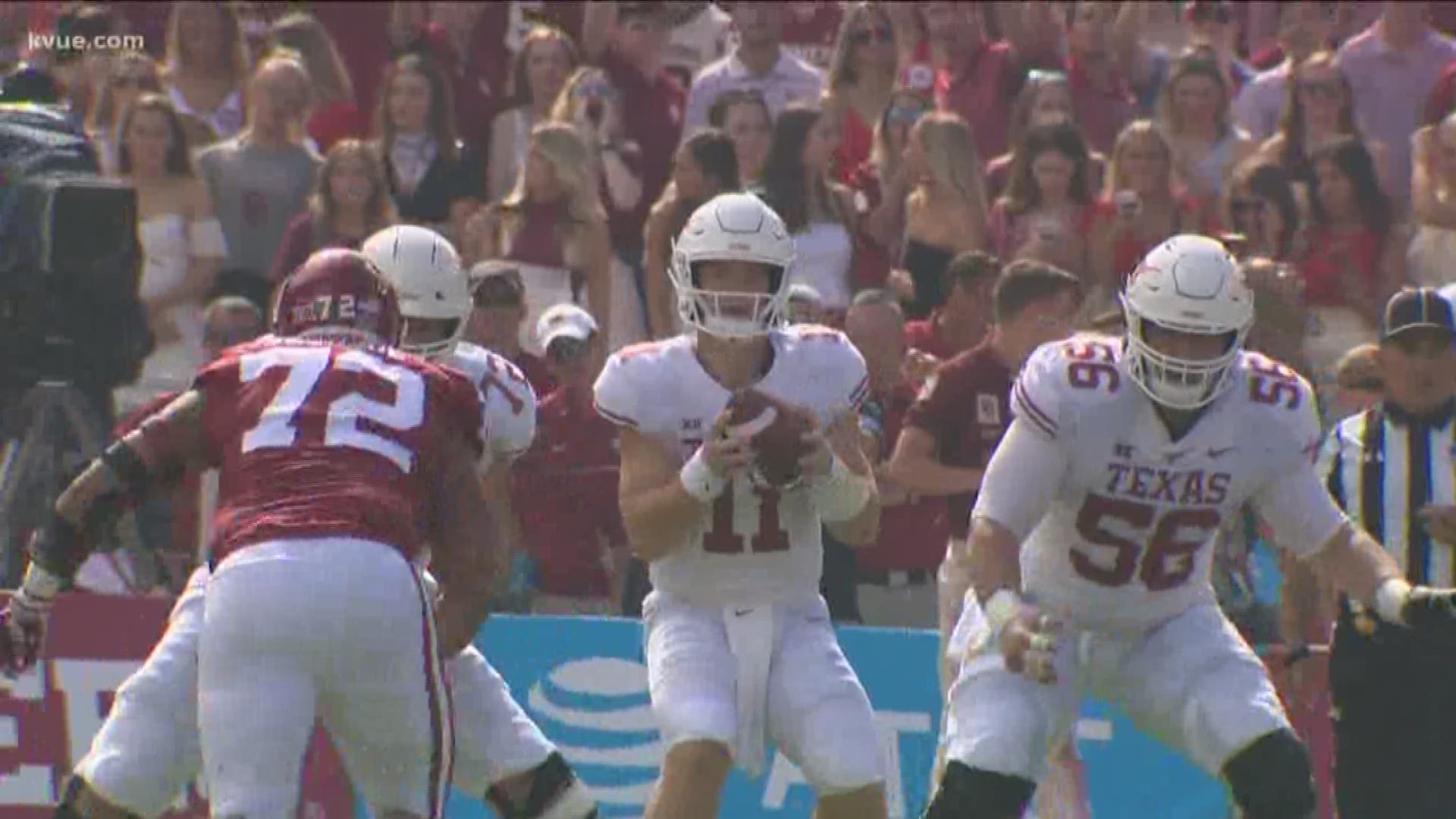 Should he see the field, John Burt will do something that no other Longhorns player in recorded history has done: play against the arch-rival Sooners six times.

You may be asking how this is possible.

Well, Burt played Oklahoma three times from 2015-2017. Last season, Texas played Oklahoma twice for only the third time in program history (1901 and 1903 were the other seasons). So, that makes five.

Why is Burt able to play in this game? Shouldn't he have graduated already? Under the old eligibility rules, yes.

In 2018, the NCAA changed its redshirting rules to state that any player can play up to four games in a season and still redshirt. So, that's exactly what Burt did.

Burt's two games against Oklahoma in the Red River Showdown and Big 12 Championship game were two of only four games he played all year – so he redshirted that season.

RELATED: Red River Showdown: The history behind the Texas-Oklahoma rivalry

'Horns up, phones down.' TxDOT taking suggestions for road signs ahead of Red River Rivalry

Now in his fifth season as a redshirt senior, Burt has an opportunity to take the field on Saturday and become the first player in Longhorns history to play against Oklahoma six times, according to Texas Athletics.

Several players in UT's history have played OU five times. According to Texas Athletics, there aren’t records to confirm participation in all six games, but the only Longhorn that would have likely played against the Sooners six times is Rembert Watson from 1901-04.