No information on a cause of death was released, but police said the death is not considered suspicious. 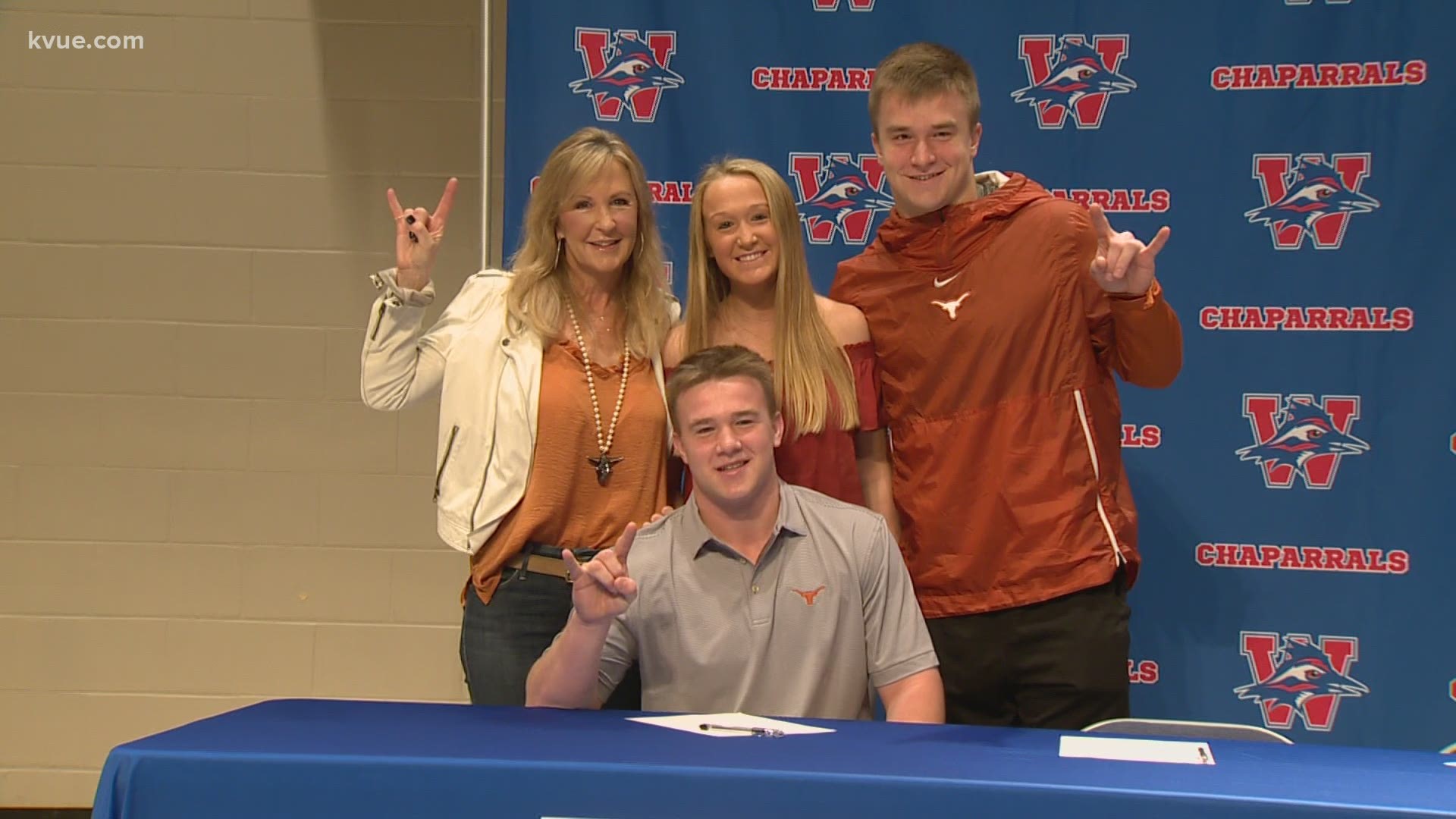 APD said Jake Ehlinger was found around 12:20 p.m. at the 1200 block of West 22nd Street. No information on a cause of death was released, but police said the death is not considered suspicious.

Ehlinger arrived at University of Texas in 2019 as a preferred walk-on after playing for Westlake High School, helping lead the Chaparrals to a class 6A state semi-final appearance. That year, he took the field at DKR with his older brother for the first time as a Longhorn.

The Ehlinger family have been Texas Longhorns fans since both Sam and Jake were young boys. Their mother, Jena, told The Players' Tribune there were two things their family did: "go to Texas football games and go to church."

"Texas football was kind of the connecting point for my family," Sam explained. "It was something we were always looking forward to, something we could always talk about."

"For me, being a huge fan and being a playing quarterback and being a leader inside my family and put all those parts together, it's unreal," Sam said.

It's another unspeakable tragedy for the Ehlinger family. Back in 2013, Sam and Jake Ehlinger lost their dad, Ross, who suffered a heart attack at the age of just 46. He was competing in a triathlon in San Francisco.

Friends and loved ones were devastated by the news on Thursday.

“We have an extremely heavy heart with the news of the passing of our beloved teammate, friend and Longhorn family member Jake Ehlinger. Words cannot express the depth of our sadness and the huge void we are feeling, but above all else, our hearts pour out to Sam, Jena, Morgen and the entire Ehlinger family. Jake was a tremendous person and was everything you could ask for in a student-athlete. Being a Longhorn meant everything to him, and he truly embodied all that it means to be one. In the short time we were able to get to know him, he always was a joy to be around and gave everything he had in workouts, meetings, practice and in life. This is a tragedy beyond measure, and as I told the team today, in a time like this all we can do is open our hearts, pull together and do our best to provide love and support to each other, especially to the Ehlinger family.”

Teammate Samuel Cosmi said, "My heart is hurting for the Ehlinger family. Praying God gives them strength and comfort as they go through this difficult time."

My heart is hurting for the Ehlinger family. Praying God gives them strength and comfort as they go through this difficult time🙏🏼 https://t.co/JGv6fDkbl3

Miami Dolphins safety Brandon Jones said, "Literally devastated. I love the Ehlinger family like my own. Rest In Peace Jake. You'll be missed more than you could imagine."

Literally devastated. I love the Ehlinger family like my own. Rest In Peace Jake. You’ll be missed more than you could imagine. #48❤️

“Our hearts are truly broken and we are just devastated today to learn of the passing of our Longhorn family member Jake Ehlinger. Jake was an amazing young man from an extraordinary family with such a bright future ahead of him. It’s just such a tragedy that we are all really struggling with. Our thoughts and prayers go out to his loved ones and friends, especially the Ehlinger family and our entire football program. Jake’s family — Sam, Jena and Morgen — are such vital parts of our Longhorn family, and we will be here to support them in any and every way we can during this very difficult time. While the sense of pain and loss are deep, our focus at this time is on providing support to Jake’s family, our football student-athletes, coaches and staff, and everyone so greatly impacted by this in our athletics department. We have resources in place and grief counseling available as we help support everyone in our program. With that said, we sincerely hope that everyone will respect their privacy as we deal with this devastating news."