Will Matthews and Cedric Benson played for the Texas Longhorns together. Not only were the two friends, Matthews considered Benson his brother. 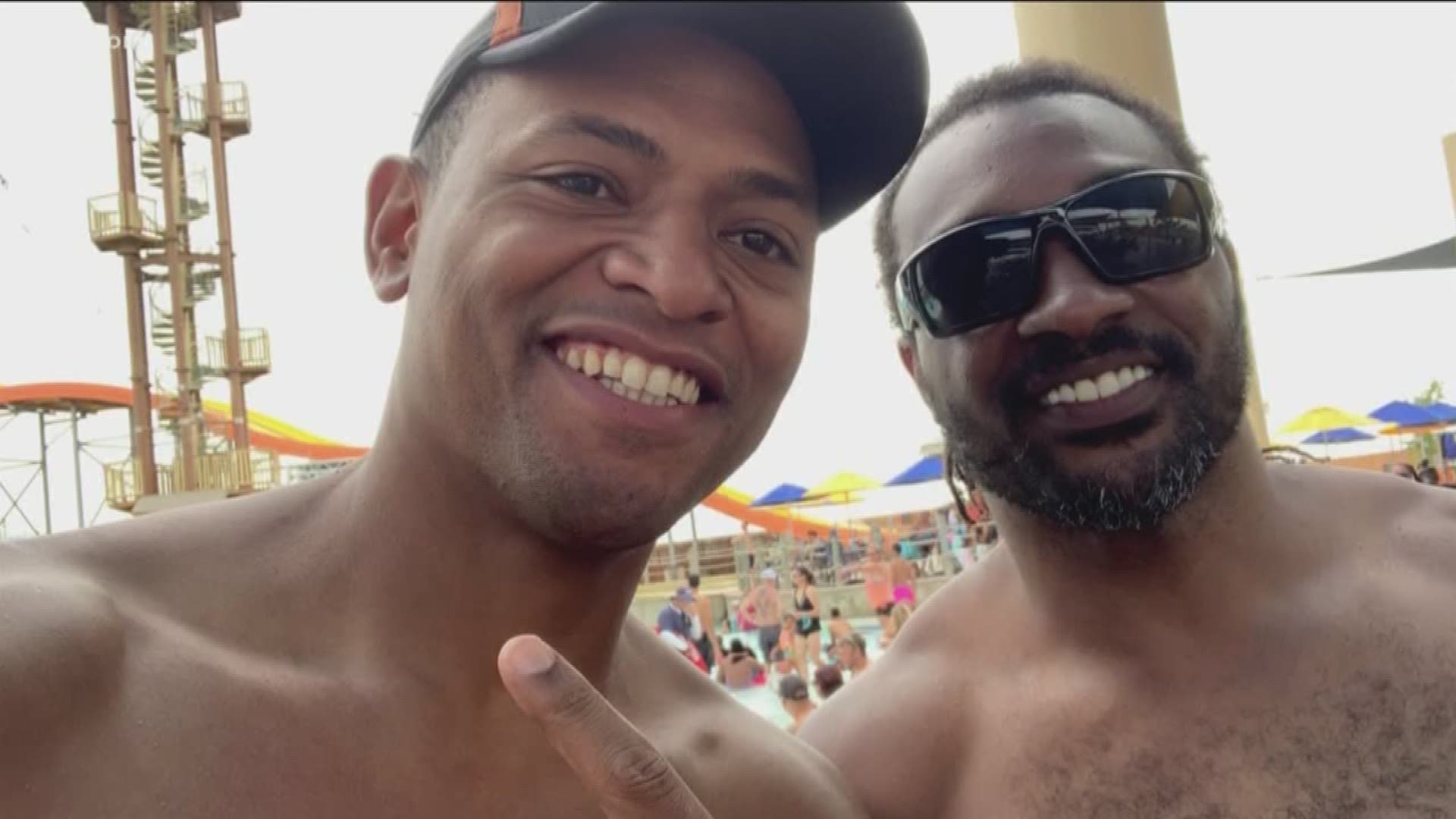 AUSTIN, Texas — Will Matthews and Cedric Benson both played football for the Texas Longhorns.

"We were running back brothers, friends on and off the field, and that was my brother," remembers Matthews.

When Matthews found out the news that Benson had died Saturday night in a motorcycle crash, he couldn't believe it.

"I've been in tears all day," he said while wiping his eyes. "We had made plans to do stuff."

Matthews and Benson were just together at a water park last weekend with their families.

Credit: Will Matthews
Will Matthews and Cedric Benson spend the day at the water park together with their families.

Matthews recently moved back to Austin and was looking forward to spending more time with his former teammate.

"The connection, you know, we let each other in in a different way and became like brothers," he said. "I'm going to miss him."

Benson rushed for over 1,000 yards in each of his four seasons at Texas and is the ninth-leading rusher in college football history with 5,540 yards.

His 64 career-rushing touchdowns are second in school history.

"It was something about being a friend with somebody who you know might be one of the best to ever play," said Matthews.

He won the Doak Walker Award, which is given to the nation's top running back, after he rushed for 1,834 yards and 19 touchdowns.