The celebrations by the University of Oklahoma football team during the Big 12 Championship game against The University of Texas Longhorns won't involve the "Horns Down" symbol without a price. 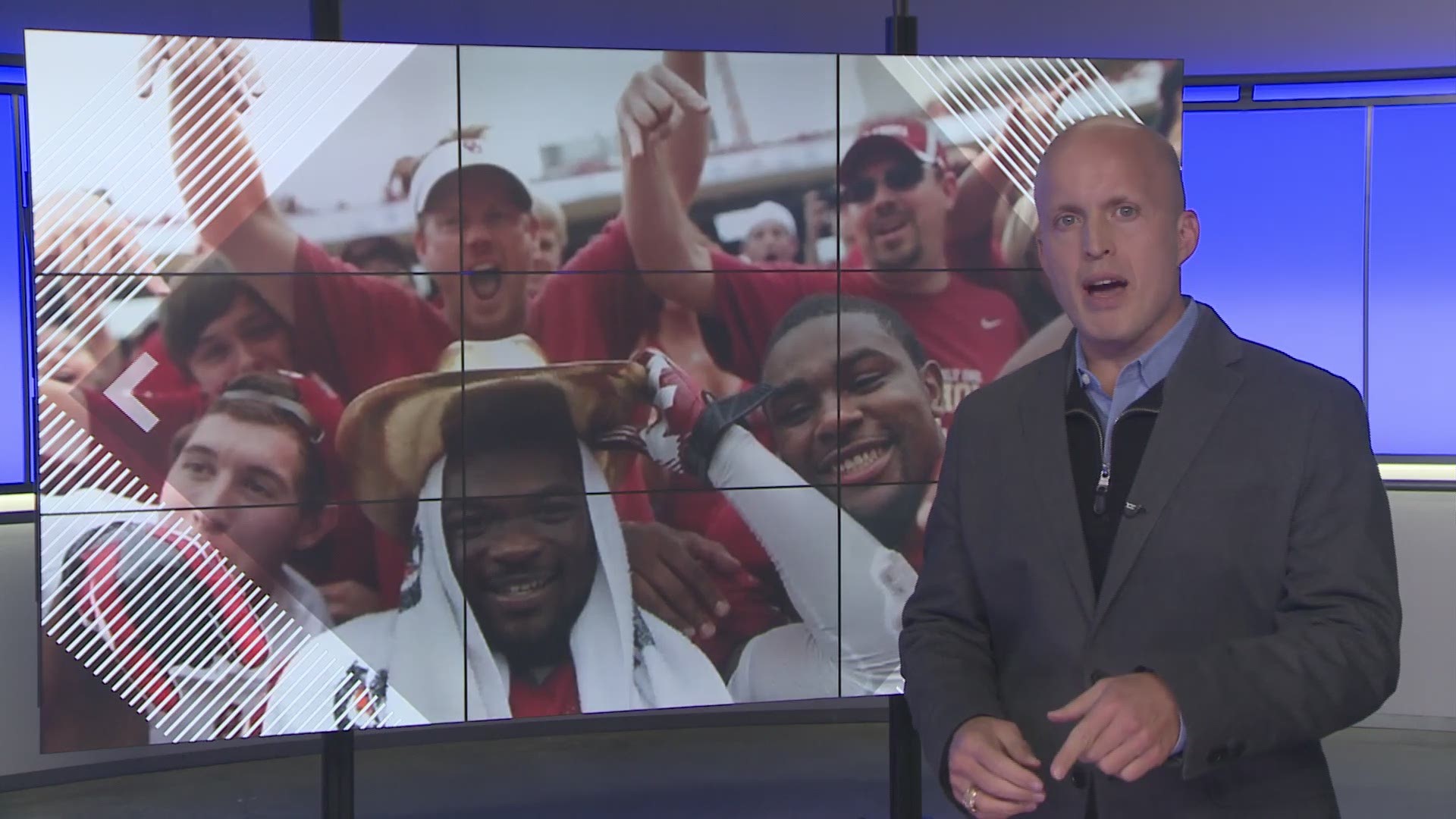 AUSTIN — The next big game between the University of Texas Longhorns and the University of Oklahoma Sooners is looking like it might be a little more civil than it has been in years past with the two rivals, following a reported decision by the Big 12 to Sooner's head football coach Lincoln Riley.

According to the Oklahoman, Riley reached out to Big 12 officials to see if the Sooners would be able to use their "Horns Down" hand symbol, an apparent diss to the Longhorn's "Hook'em Horns" hand symbol, during the Big 12 Championship game on Dec. 1. The Oklahoman reported that Riley wanted clarification after the West Virginia Mountaineers were penalized earlier in November for using the "Horns Down" symbol.

The answer to the question was simple: Riley reportedly said on his weekly radio show Tuesday, "Yeah, we can't do it."

Ryan Aber, the Oklahoma Sooners beat writer for the Oklahoman, said context matters, according to his sources with the Big 12.

He said on Twitter, "Big 12 source: Horns down gesture will not be automatically flagged in title game. Context matters. (Can’t be done as a direct taunt, etc.) #Sooners."

Big 12 source: Horns down gesture will not be automatically flagged in title game. Context matters. (Can’t be done as a direct taunt, etc.) #Sooners

KVUE reached out to Big 12 Associate Commissioner Bob Burda, who said actions made by players that are considered to be "unsportsmanlike" will be penalized.

"If in the judgment of the on-field officials, any action by game participants deemed an “unsportsmanlike act,” is subject to penalty in accordance with college football rules," said Burda.

Essentially, it will be a judgment call by the officiating crew.

The Big 12 Championship game is officially sold out

How the Big 12 Championship between Texas, Oklahoma differs from the first meeting