Have you ever wondered what Bevo's game day was like? It's not your typical Saturday morning. 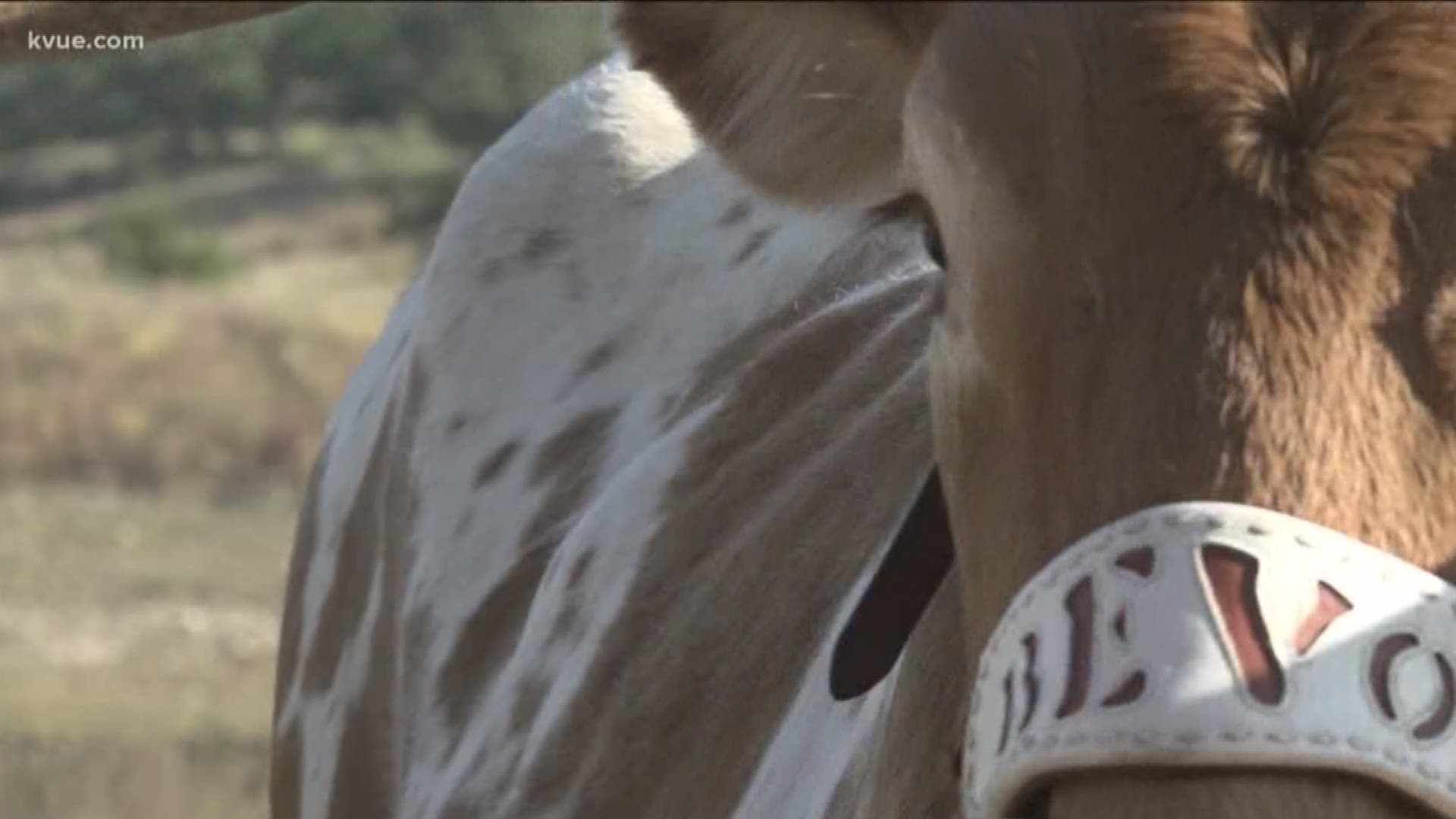 For BEVO XV, the starts a little earlier and quieter.

"We'll get out here, I'd say about six, seven hours before the game," said Jack Stevens, one of BEVO XV's handlers.

The Longhorns morning starts with a walk around the farm.

"When you get (BEVO XV) moving, it kind of gets him more excited for the day," said Stevens. "Honestly, he likes it."

It takes a few hours for BEVO XV to complete his walk and everyone involved tends to move at his pace.

"It’s definitely kind of what he feels comfortable with and what’s going to make him the happiest," Stevens said.

RELATED: How burnt orange became one of Texas' most iconic colors

Once the walk is complete, it's time to load up in the trailer and head to BEVO Boulevard.

The Longhorn Band, Texas Pom and the cheerleaders all march to Darrell K. Royal-Texas Memorial Stadium with BEVO XV right behind them.

About halfway through the parade, Austin's favorite longhorn gets out of the trailer and begins his walk into DKR.

Once he is inside the stadium, BEVO XV does a few practice runs through the smoke to get ready for his game day entrance.

RELATED: Even after his death, Longhorns mascot Bevo XIV could save lives, UT Austin researchers say

"Running out of the smoke with BEVO is the biggest adrenaline rush I think I’ve ever had," said handler Brooks Benkendorfer.

A few minutes before kickoff, the stadium is full, the band has finished their pregame performance and now it's time. BEVO XV, with the Texas football team behind him, runs through the smoke and to his pen.

"It’s a 2,000-pound animal running about 15 miles an hour," Benkendorfer said, while laughing. "So controlling him is hard, but we’ve done it so many times now where it’s easy, but when you’re running through the smoke it’s a blur. It goes by so fast."

After the smoke and theatrics, all BEVO has to do is stand in his pen. He will pose for pictures, eat some food, drink some water and just be a longhorn.

Finally, once the game is over and every one clears DKR, it's time to load him up and bring him back to the farm until the next UT home game. Then it's time to do it all again, BEVO style.

Austin Duck Adventures is officially back in the water