It probably wasn't the career path Andrew McKirahan was expecting, but it's a decision that's helped him stay in the game and in his hometown. 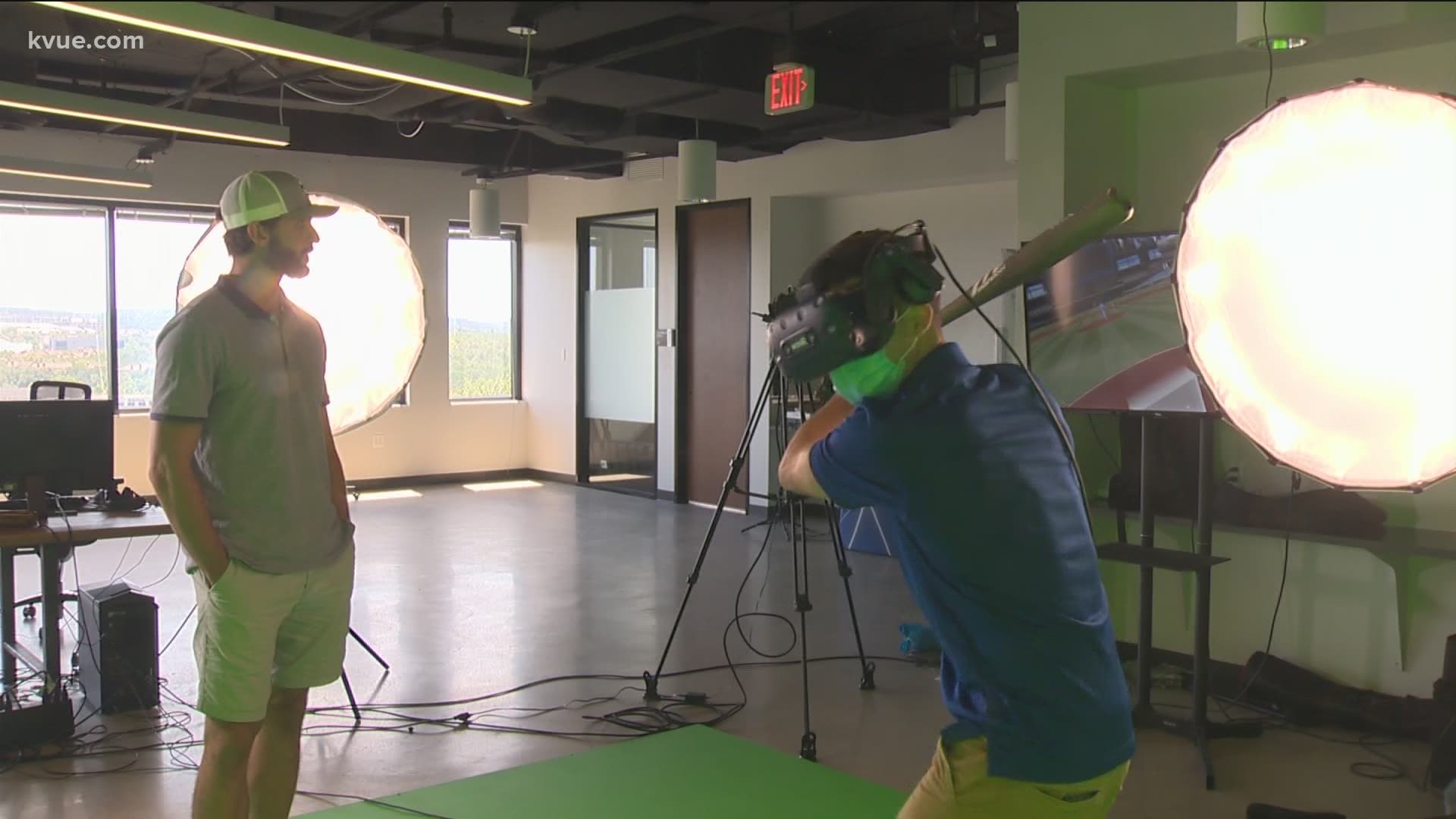 AUSTIN, Texas — Life is a series of decisions. Approach it like a 3-1 count and you'll find yourself swinging for the fences.

It's how he started working at Win Reality.

"[I] kind of realized the potential and the opportunity of what they were doing,” he said.

Win Reality is a virtual-reality baseball company in Austin.

“Literally as close as you can get to being on the field, in a game,” McKirahan said.

“This was kind of the missing gap," he said. "Guys can go out and train ... get big and strong ... work on their swing all they want, but how can we help hitters to be on time and to make the right decision, without having to go out and play a ton of games?”

“When you put on the headset and you see the pitcher on the mound, on the rubber ready to go, it brings you to a state in which you're not even thinking about, 'Is this real or not real?' because you’re trying to win that pitch,” said CEO Chris O'Dowd.

O'Dowd is a former professional baseball player himself. He hired McKirahan to be his closer and sell the product.

The product has been KVUE-tested and is now with most MLB teams, the University of Texas and local high schools.

“If major league all-stars and MVPs are using this daily, why shouldn’t a 10-year-old or an 8-year-old be getting in here and just seeing tons of pitches?" McKirahan said. "Confidence man. If guys can see more pitches and really simulate that game experience, it goes a long way.”

Thank you @WinReality for getting me ready for @AUProSports ⛓🍽👀 pic.twitter.com/9YKQHGaX22

So after a career of cutting down hitters, McKirahan is now on the cutting edge of helping them.

It was a decision he didn't take lightly.

"I went to the dark side," McKirahan said.

But it's a decision McKirahan's happy he made.

“I never imagined that this kind of opportunity would arise, but obviously [I'm] very grateful for it. [I] love being able to be a part of the game and talk to parents and kids of all ages,” McKirahan said.

WATCH: On the cutting edge: Baseball combined with virtual reality