Cameron Dicker kicked a 26-yard field goal as time expired, sending Texas to a 27-24 victory over No. 20 Kansas State. 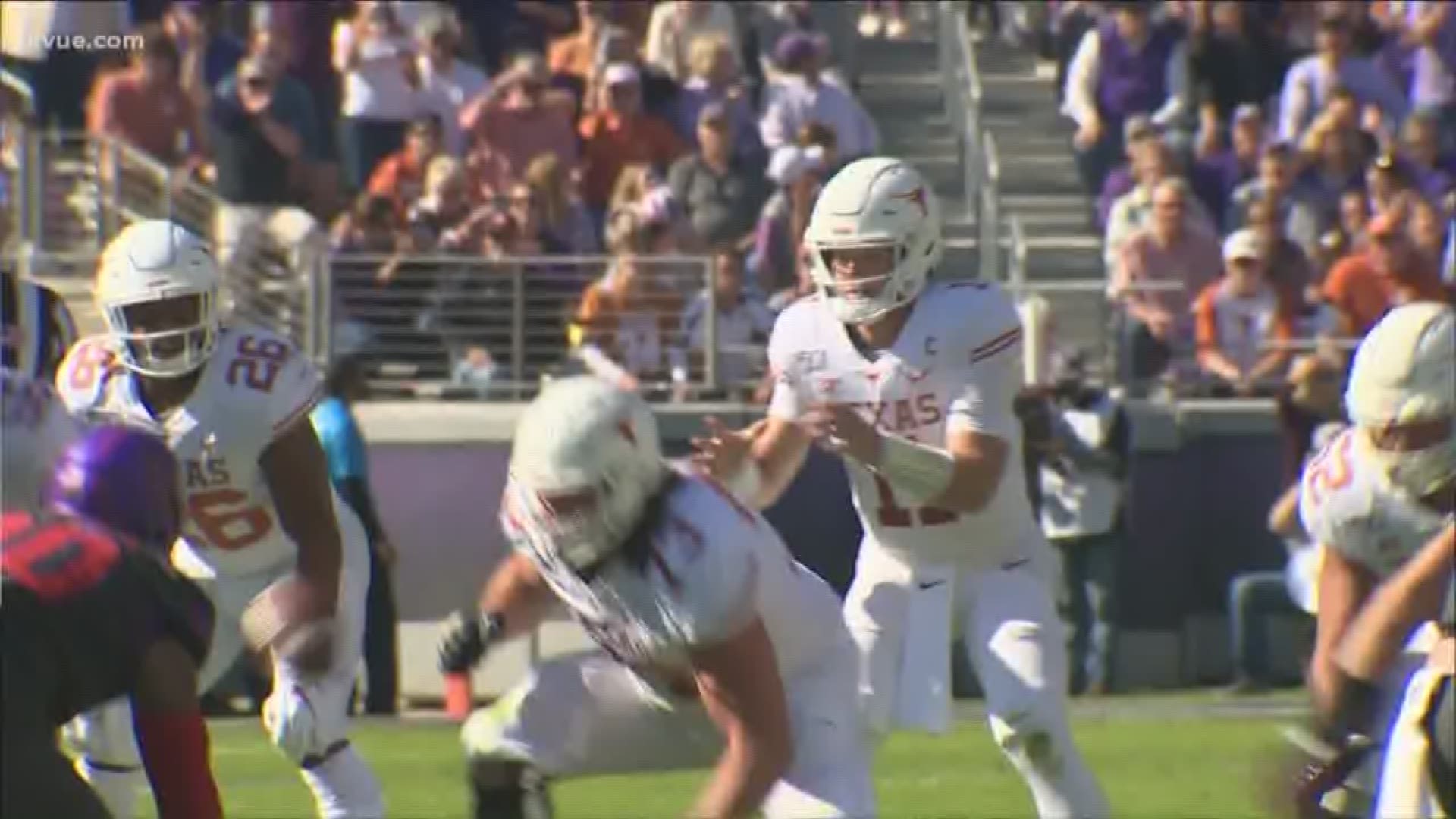 AUSTIN, Texas — Cameron Dicker kicked a 26-yard field goal as time expired, sending Texas to a 27-24 victory over No. 20 Kansas State on Saturday as the Longhorns maintained their hopes of returning to the Big 12 championship game.

Dicker has won games on the final play twice this season. His 33-yarder to beat Kansas on Oct. 19 capped a wild 50-48 finish.

Texas (6-3, 4-2) had lost two of its previous three games. The victory over the Wildcats (6-3, 3-3, No. 16 College Football Playoff) made the Longhorns bowl-eligible and kept them in the hunt for a berth in the league championship with three games left.

Keaontay Ingram rushed for 139 yards and two second-half touchdowns for the Longhorns. His second one put Texas up 24-14 early in the fourth quarter.

The Wildcats surged behind first-year coach Chris Klieman and had Texas down early 14-0 behind two first-quarter touchdown passes from Skylar Thompson. Thompson passed for a career-high 253 yards but had just 36 yards in the second half.

Kansas State: Thompson was excellent early until Texas' press coverage neutralized his receivers, and the Wildcats' running game never developed. The Wildcats also got a bit sloppy with a rare fumble that ended a promising drive in the first half and a dropped pass in the end zone in the fourth quarter. The drop would have been a difficult catch for Dalton Schoen, but he got both hands on the ball and was pulling it in before a Texas defender knocked it away.

Texas: After early miscues, the Texas defense looked better than it has all season. A healthier secondary that returned All-Big 12 safety Caden Sterns locked down the Kansas State offense over the final three quarters. The secondary didn't force any interceptions, but for once, opposing receivers weren't running wide open all over the field.