It's a position shift for Devin Duvernay and a rapid rise for Brennan Eagles into the starting lineup. 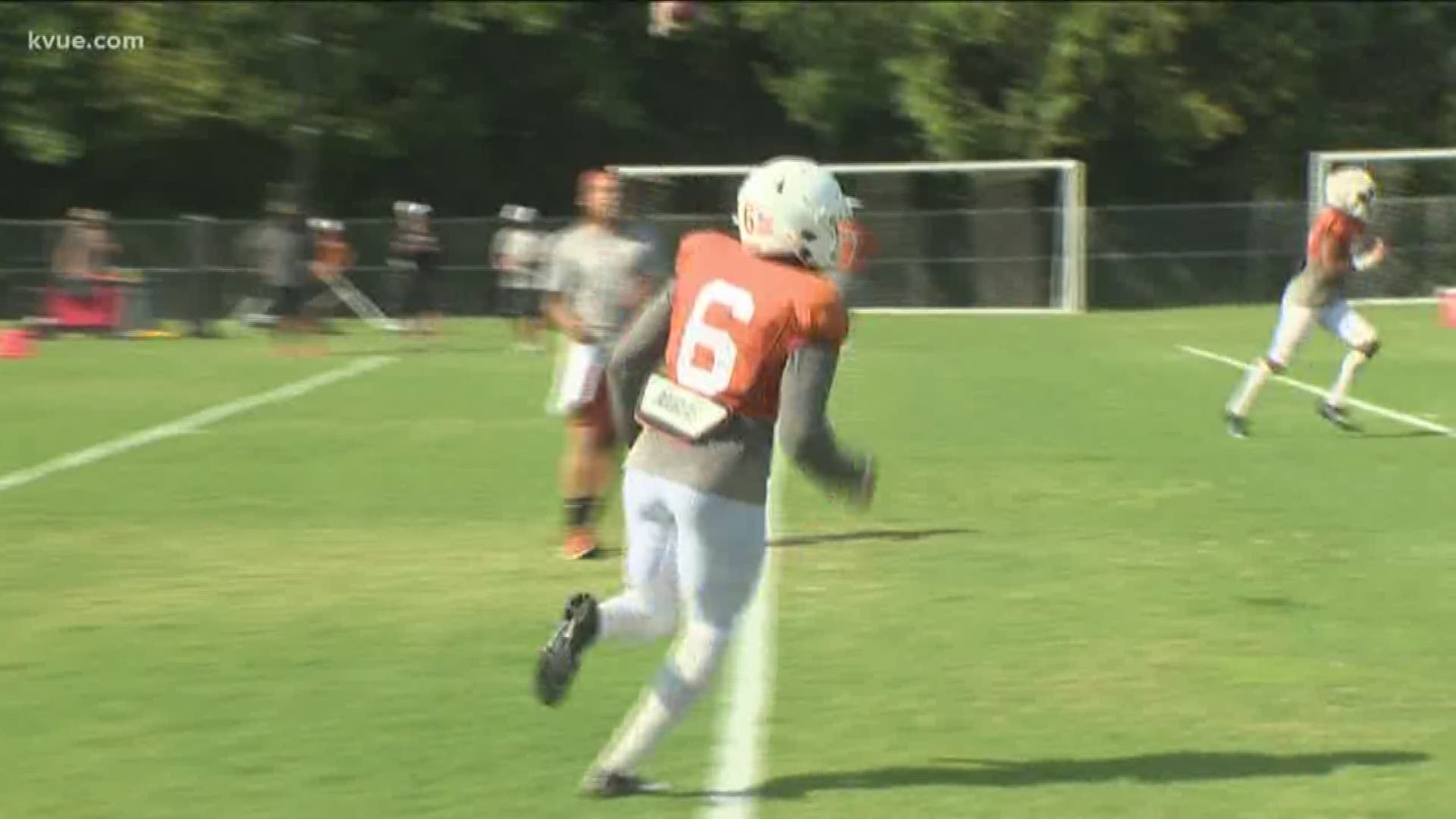 AUSTIN, Texas — As Texas football approaches its first scrimmage of fall camp, senior wide receiver Devin Duvernay will be suiting up at a slightly different position.

After rising into a starting role as a junior and hauling in 41 receptions (third on the team) for 546 yards and four touchdowns, he’ll slide over from the outside and occupy the slot position for the Longhorns in 2019.

Herman said there’s been an ever-so-slight learning curve for Duvernay but it hasn’t been as steep as you might expect.

The reason behind the move is that sophomore Brennan Eagles has forced his way into the starting lineup, alongside Duvernay and senior Collin Johnson.

Johnson is the clear, top target for quarterback Sam Ehlinger.

“I think that was the biggest reason for moving Devin,” Herman said. “We’ve got some youth at 'H' right now that, in order to get what is our best three guys out there in the starting lineup, Brennan was in that group.”