Senior wide receiver Devin Duvernay has been added to the Biletnikoff Award watch list after his nation-leading stats through the first four weeks. 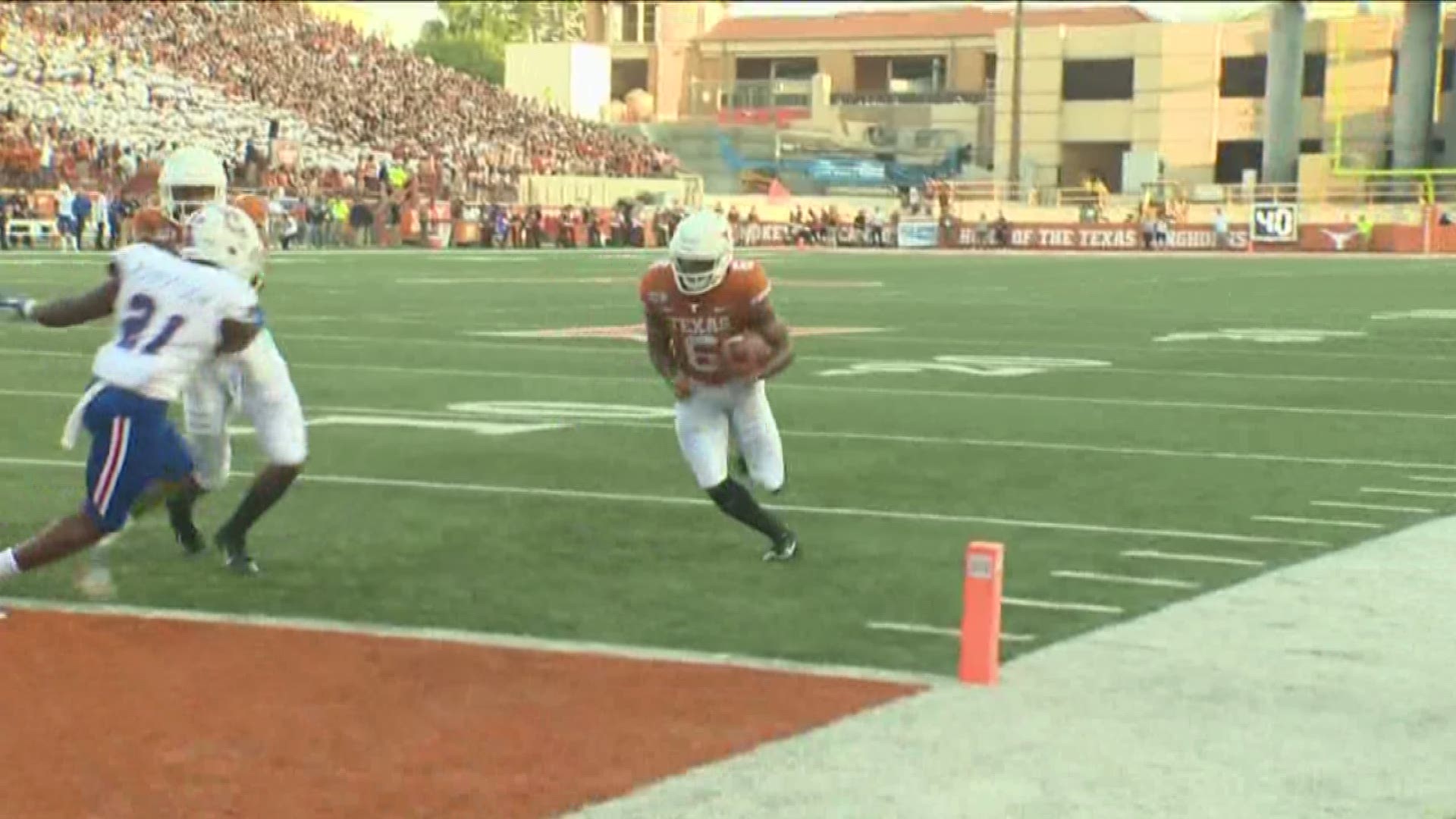 The Biletnikoff Award, which is given to the nation's top receiver, named Duvernay to its watch list on Sept. 25. Duvernay joins his Longhorn teammate, senior wide receiver Collin Johnson on the list, who was named as a preseason nominee.

However, Johnson has missed two consecutive games so far this season, and Duvernay has helped make up for Johnson's absence. Duvernay has become junior quarterback Sam Ehlinger's security blanket in a sense during the early stretch of the 2019 season, and the stats show it.

Duvernay leads the nation in receptions (39), receptions per game (9.8), first downs (24), and is tied for first in the nation with zero drops.

Duvernay has also been Ehlinger's security blanket on third and fourth downs, especially in the Oklahoma State game. Against OSU, Texas called on Duvernay seven times on third and fourth down, converting five of those opportunities. Extending these drives is part of what is helping Texas' 20th ranked scoring offense put up 41.8 points per game.

Rewinding to the LSU game, Duvernay kept Texas competitive in the game with a 44-yard touchdown catch on fourth and two.

Texas ultimately lost to LSU 45-38, but Duvernay's two fourth-quarter touchdowns proved he can help keep the Longhorns competitive against top tier teams in the country.

Looking at the entire season thus far, nearly half (11) of Duvernay's nation leading first downs mark (24) were converted on third and fourth down.

Duvernay has drawn similarities to Cosby in the sense that the two are a similar stature and have made a habit of slicing up opposing defense from the slot wide receiver spot. He said he's been more focused than he's ever been with regards to training, practicing, etc.

Duvernay made the switch to the slot wide receiver position this fall.

"(Duvernay) has taken to the slot position better than any of us could have ever imagined," Texas head coach Tom Herman said.

No Longhorn has ever won the Biletnikoff Award. Jordan Shipley was a finalist in 2009. Through four games, Duvernay is on pace to surpass Shipley's 2009 reception mark of 116 catches, which is a UT single-season record.

How JFK unintentionally sparked a rivalry between Texas and Rice