March Madness 2020: Texas faces off with Richmond in 1st round of virtual NCAA bracket

On what would have been the first day of NCAA March Madness, KVUE used a virtual online simulator to determine the outcome of "what could have been" for Texas. 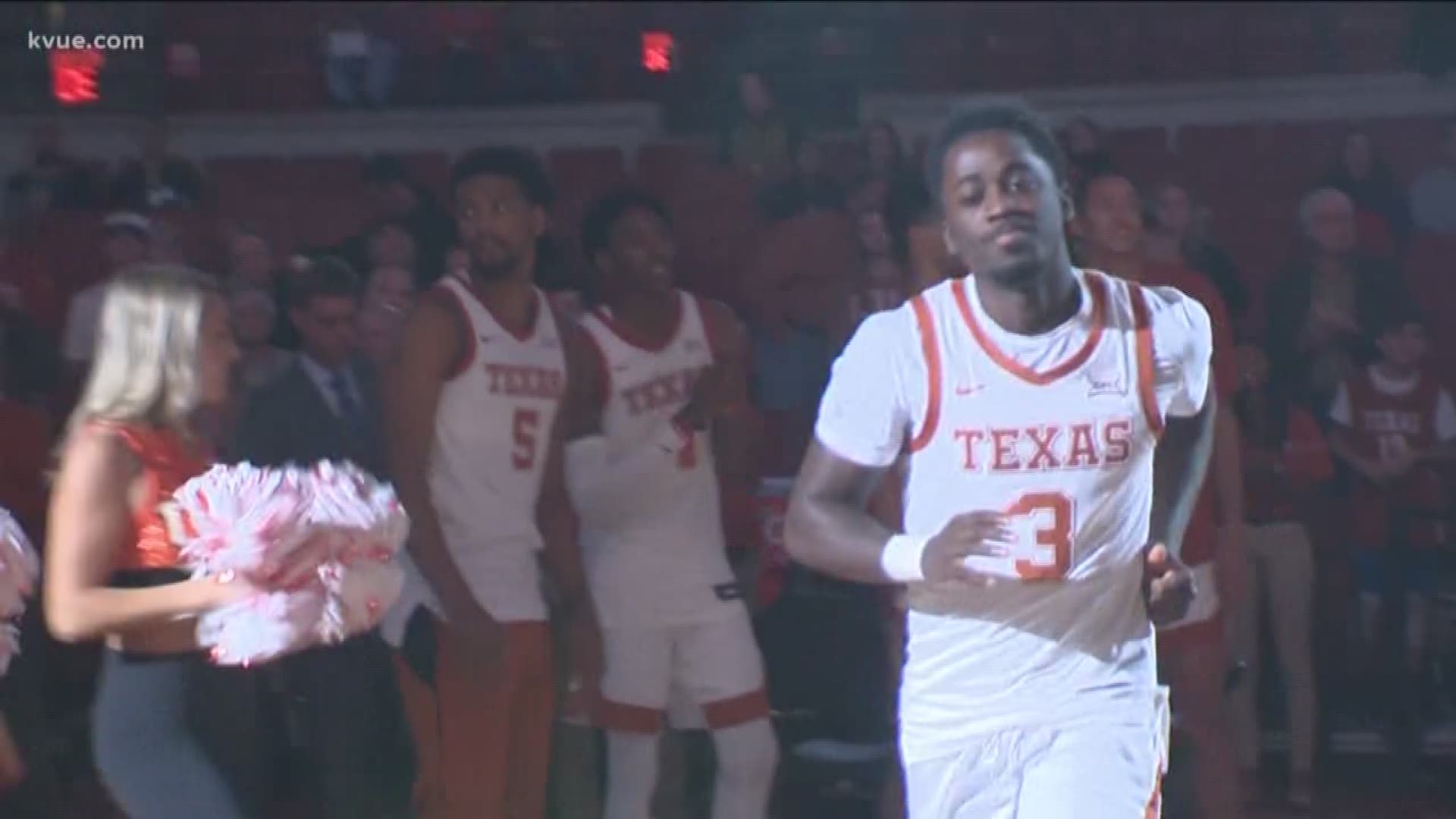 AUSTIN, Texas — College hoops fans, had it not been for coronavirus, March 17 would have marked the beginning of the 2020 NCAA Tournament.

Based on ESPN's bracket projections, March Madness would have began with a First Four matchup between the Texas Longhorns and Richmond Spiders.

After finding out who UT might have played, I wanted to know how that game would have gone. So, I did a little online searching, which led me to a website called ncaagamesim.com.

RELATED: UIL extends suspension to all contests, rehearsals, practices due to coronavirus concerns

NCAA tried to save March Madness with 16 teams instead of 68, report says

Using analytics, this website ran 387 simulations and gave me a play-by-play recap of the most likely scenario in this hypothetical tournament game.

Texas trailed by 10 late in the second half, until 3-pointers from Matt Coleman, Andrew Jones, and Westlake high school alum Brock Cunningham brought the Longhorns all the way back.

The Longhorns finished the game on an 18-2 run and won this virtual NCAA Tournament game, 70-64.

If that ESPN March Madness seeding prediction was correct -- and this game actually played out this way -- UT would advance to play the Butler Bulldogs, in Greensboro, North Carolina on March 20.

WATCH: March Madness 2020: Texas faces off with Richmond in 1st round of virtual NCAA bracket | KVUE