Collier has been projected to be the No. 1 overall pick in the 2021 WNBA Draft by ESPN. 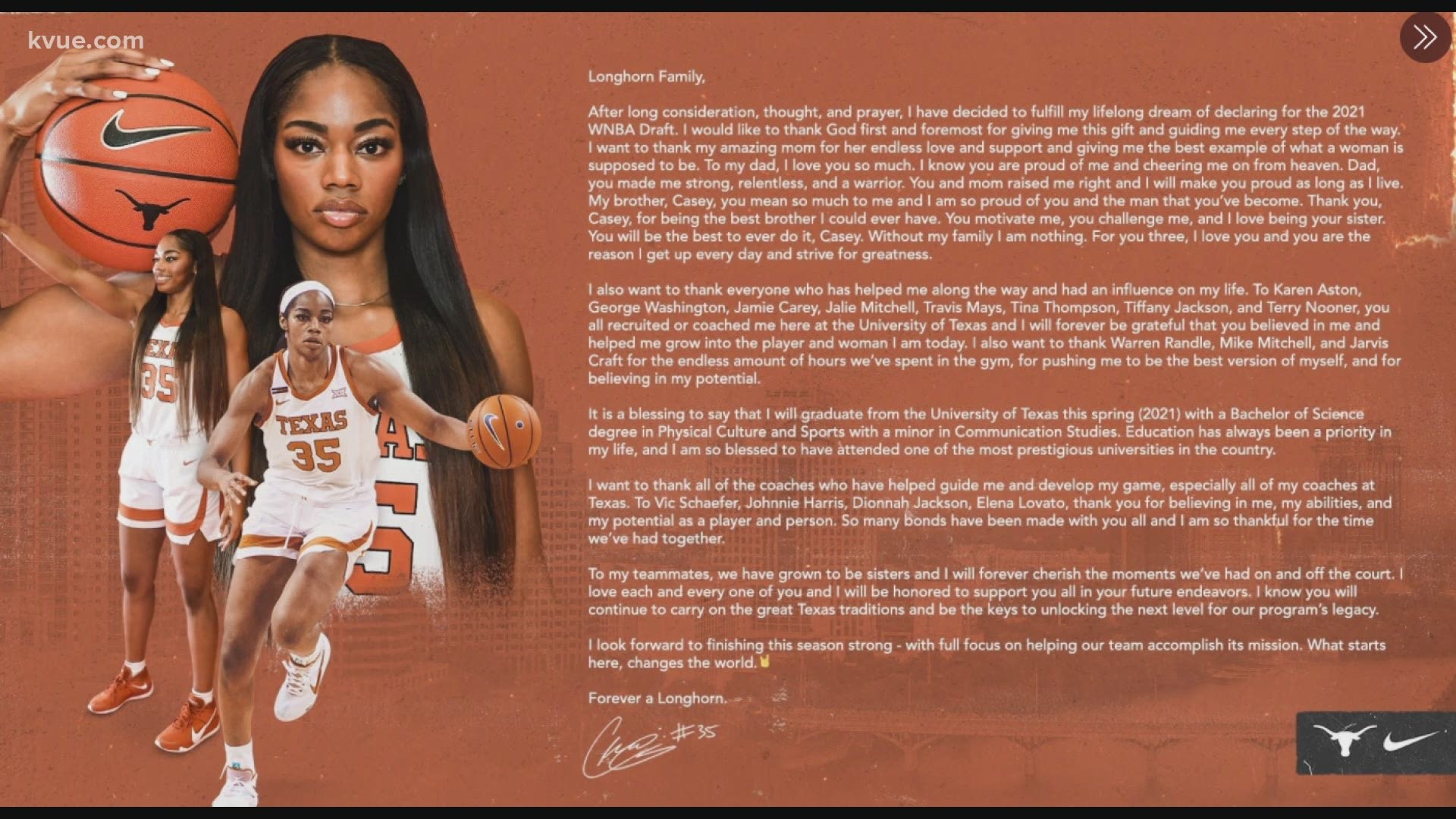 However, she still plans on playing for Texas throughout the remainder of their post season.

Collier, who ESPN has projected as the No. 1 overall pick to the Dallas Wings, has averaged 20.9 points, 12.2 rebounds and 1.2 blocks in 24 games during her junior season. Collier has helped lead the Longhorns to a 17-8 regular season record with her 17 double-doubles, the second most for any Division I player, according to UT Athletics.

Should Collier be drafted with the No. 1 overall pick, it'll break a school record for the earliest drafted women's basketball player, beating Edwina Brown, who was chosen third overall by the Detroit Shock in 2000.

Collier would also be the 13th women's basketball player from the University of Texas to be drafted.

Collier is from Mont Belvieu, Texas, about 35 miles east of Houston. Collier spoke with ESPN's Holly Rowe, saying she would look forward to the opportunity to potentially continue playing basketball in Texas.

"That'd be a blessing," Collier told Rowe. "It would be better for my mom, travel-wise. But I'll be grateful for any team that picks me up."

In January, Collier told KVUE about her dream to become a sports broadcaster, highlighting her basketball show called Center Court with Charli Collier. Collier's shows run about 10 minutes and stream live on her Instagram and YouTube channels. Her biggest interview get came in episode three when she sat down with Brooklyn Nets star and former Longhorn Kevin Durant.

She'll lead the Longhorns in the Big 12 Conference tournament, and potentially for a bid in the NCAA Tournament, which is scheduled to begin March 21.

Longhorns feed those in need