Osterman will become the first ever UT softball player and third Texas female student-athlete to have her jersey retired in school history. 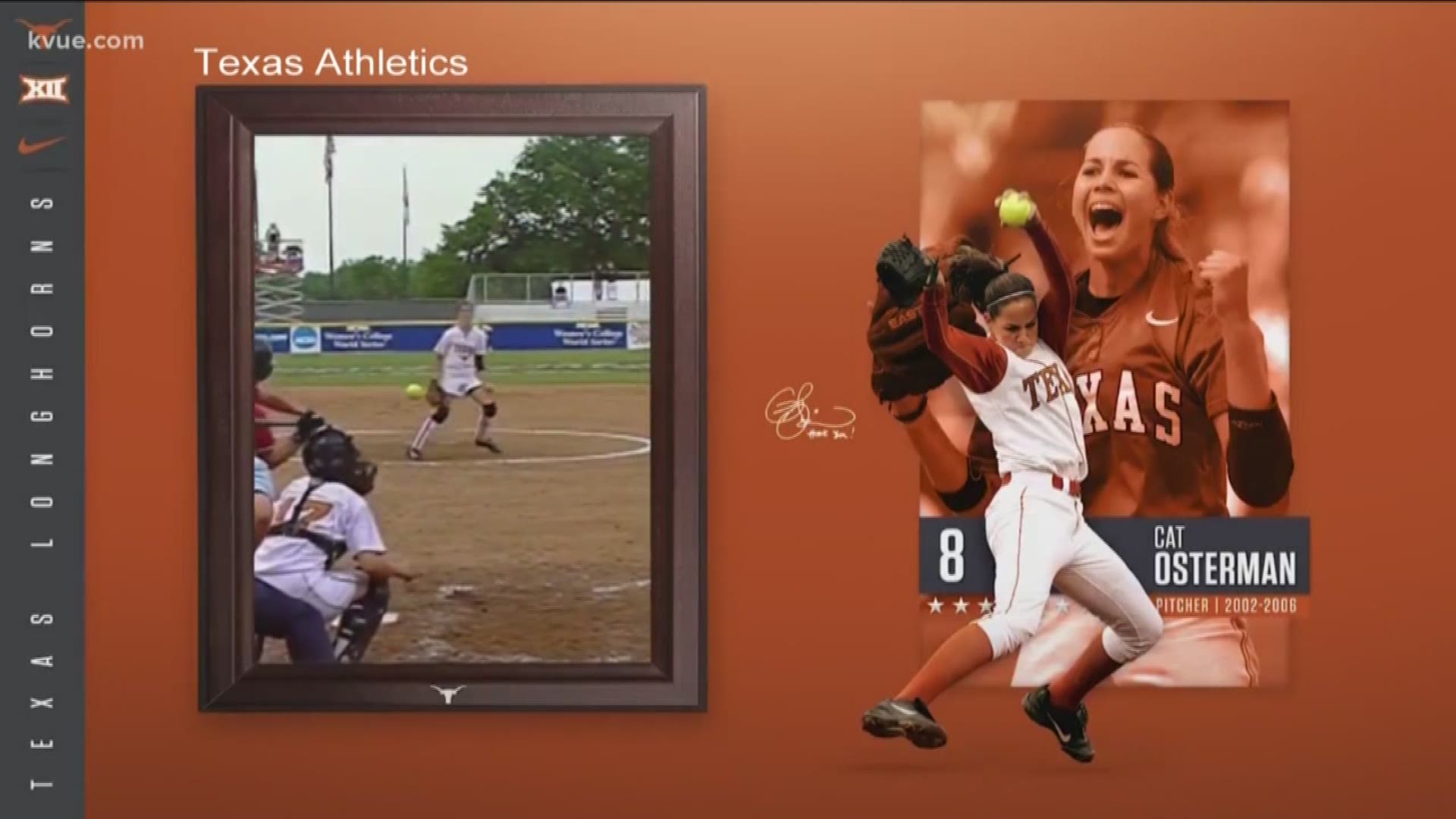 Osterman will become the first ever UT softball player and third Texas female student-athlete to have her jersey retired in school history.

“A three-time National Player of the Year, Cat Osterman was as dominant of a college athlete as you will ever see,” Texas Vice President and Director of Athletics Chris Del Conte said. “When she took to the circle, she was just unstoppable and amazing to watch. It’s a special, special honor to have your jersey number retired, and no one is more worthy of that than Cat. She continues to make us so proud long after her time on the Forty Acres. A two-time Olympic medalist who played professionally for years and now is a veteran coach, it’s so cool that she came out of retirement this year to help our Team USA go for the Gold in Tokyo. We’re so proud of her, she’s a blessing to Texas Athletics and can’t wait to celebrate her later this spring.”

While playing for Texas, Osterman was a three-time USA Softball National Collegiate Player of the Year, four-time National Fastpitch Coaches Association (NFCA) All-American and won the ESPY Award for Best Female College Athlete twice. She posted a career record of 136-25 with a 0.51 ERA and 2,265 strikeouts while helping the Longhorns to three Women’s College World Series appearances.

Osterman still holds the NCAA record for highest career strikeout-per-seven-inning ratio at 14.34, remains the only player in NCAA Division I history to lead the nation in ERA on three occasions and managed 20 no-hitters and seven perfect games while at Texas, UT said in a release.

"The news of my upcoming jersey retirement put tears in my eyes," Osterman said. "I cannot thank Chris Del Conte, Chris Plonsky and the University of Texas enough for this honor. It was an absolute privilege to have the opportunity to represent Longhorn nation as a student-athlete at Texas. It’s mind-blowing to think my jersey will now be retired alongside some of the greatest athletes to ever play their sport on the Forty Acres."

“To have Cat Osterman become the first softball player to have her jersey retired at the University of Texas is befitting, as her name and Texas Softball are truly synonymous,” Texas head coach Mike White said. “Cat helped to elevate our softball program to national prominence during her career on the Forty Acres. It is so exciting to have her number '8' immortalized into Texas Softball history and to honor her contribution to the growth of collegiate softball not only in the U.S., but also throughout the world.”

Internationally, Osterman won gold as the youngest member of the U.S. Olympic Softball Team in Athens in 2004 and followed that campaign with a silver four years later in Beijing. Osterman was also named as a member of the 2020 Team USA squad for the Olympics in Tokyo.

Team USA will be the top-ranked team headed to Tokyo. The other countries competing in Tokyo for the gold medal are: No. 2 Japan, No. 3 Canada, No. 5 Mexico, No. 7 Australia and No. 9 Italy.

Osterman has also been serving as an associate head coach of the Texas State Bobcats softball team.