Vince Young and Reggie Bush will always be connected, and a revelation about the 2005 Heisman Trophy has cemented that even further. 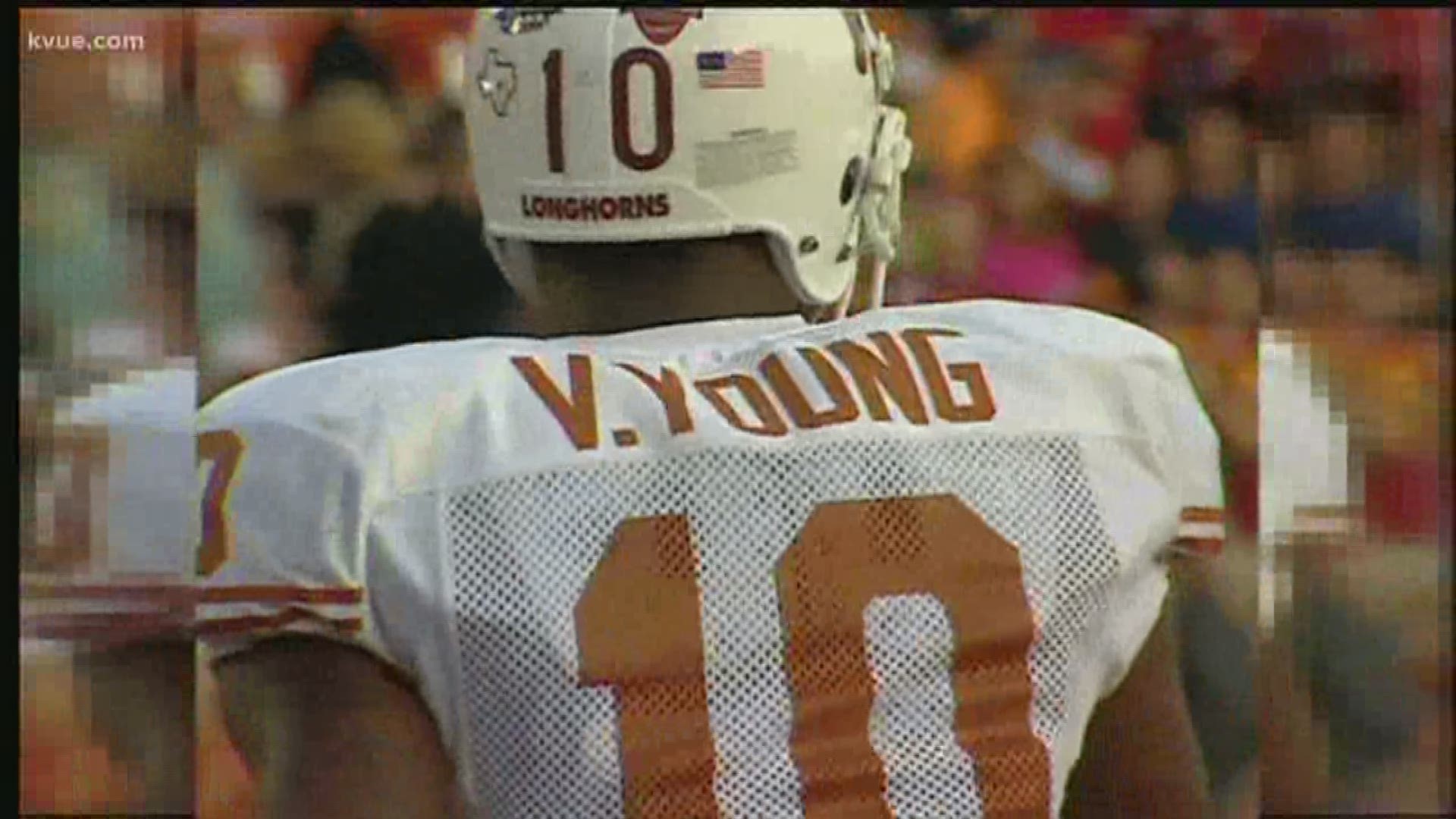 Two of the best players in college football history share the bond of best friends, and a story that's been concealed for years is one of the reasons why.

In an interview with the Pat McAfee show this week, former USC running back Reggie Bush detailed his appreciation for former Texas quarterback Vince Young.

Bush won the 2005 Heisman Trophy, but was later forced to give it up after an NCAA investigation deemed he received improper benefits while playing for the Trojans.

In a story he was sharing publicly for the first time, Bush said that the Heisman Trust Committee then tried to give the trophy to Young.

But Young turned it down, a decision that meant the world to Bush.

“It’s powerful, man, I think that’s so powerful when I think about it," Bush said. "Sometimes I get chills on my back because he had every right to say, 'Yeah give me that Heisman,' and he didn’t. Vince showed me the kind of love that even some of the people closest to me didn’t show.”

“I just think there’s something to Mack Brown’s character that screams success," Bush said. "What Vince did, I thought it was a reflection of the kind of culture that [Brown] raises his guys in.”

Young then led Texas to a thrilling win over USC in the BCS Championship Game, which, in Bush's mind, would've validated Young feeling he deserved the trophy.

10 years ago today, Texas played in its last national championship and haven't been back since. Would that still be the case had Colt McCoy played?