Texas Longhorns' Bijan Robinson out for season with dislocated elbow

Head coach Steve Sarkisian told the media Monday that Robinson dislocated his elbow in Saturday's loss against Kansas and will be out the remainder of the season. 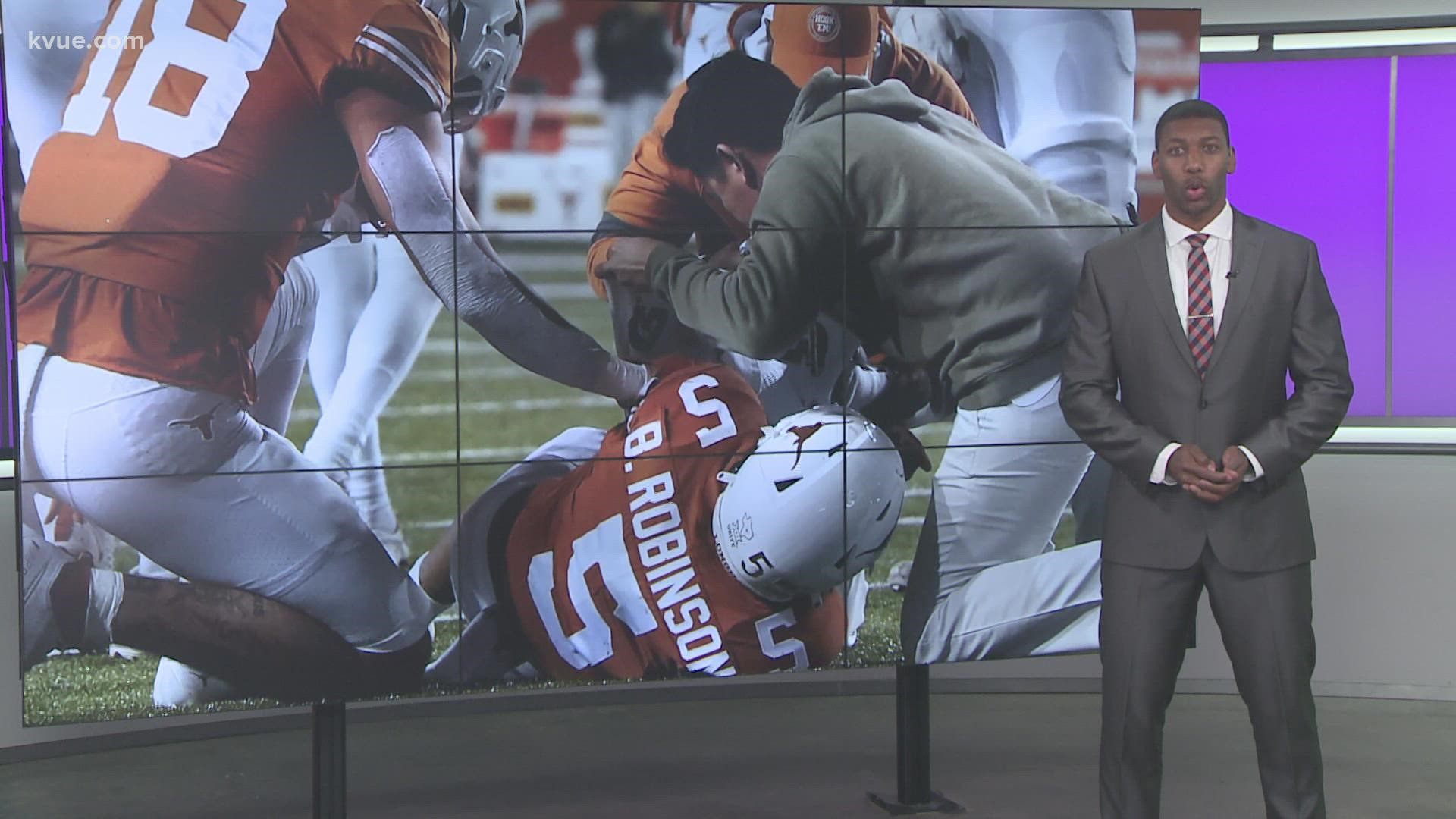 AUSTIN, Texas — Texas Longhorns running back Bijan Robinson will miss the remainder of the 2021 season with a dislocated elbow.

UT head coach Steve Sarkisian gave Robinson's injury update on Monday after the team's 57-56 loss to Kansas over the weekend. Robinson has been the team's leading running back all year long.

In 10 games played this season, Robinson rushed for 1,156 yards and 11 rushing touchdowns. He also contributed 295 yards receiving and four touchdowns.

Big Longhorns injury news: Bijan Robinson dislocated his elbow on Saturday and will miss the remainder of the 2021 season.

Texas will be without arguably its best player in Robinson for the final two games: a road game against West Virginia and home game against Kansas State. Texas is 4-6 so far this season and has lost five straight games.

Sarkisian also told the media Monday that defensive back Josh Thompson would miss the remainder of the season as well with a fractured fibula. 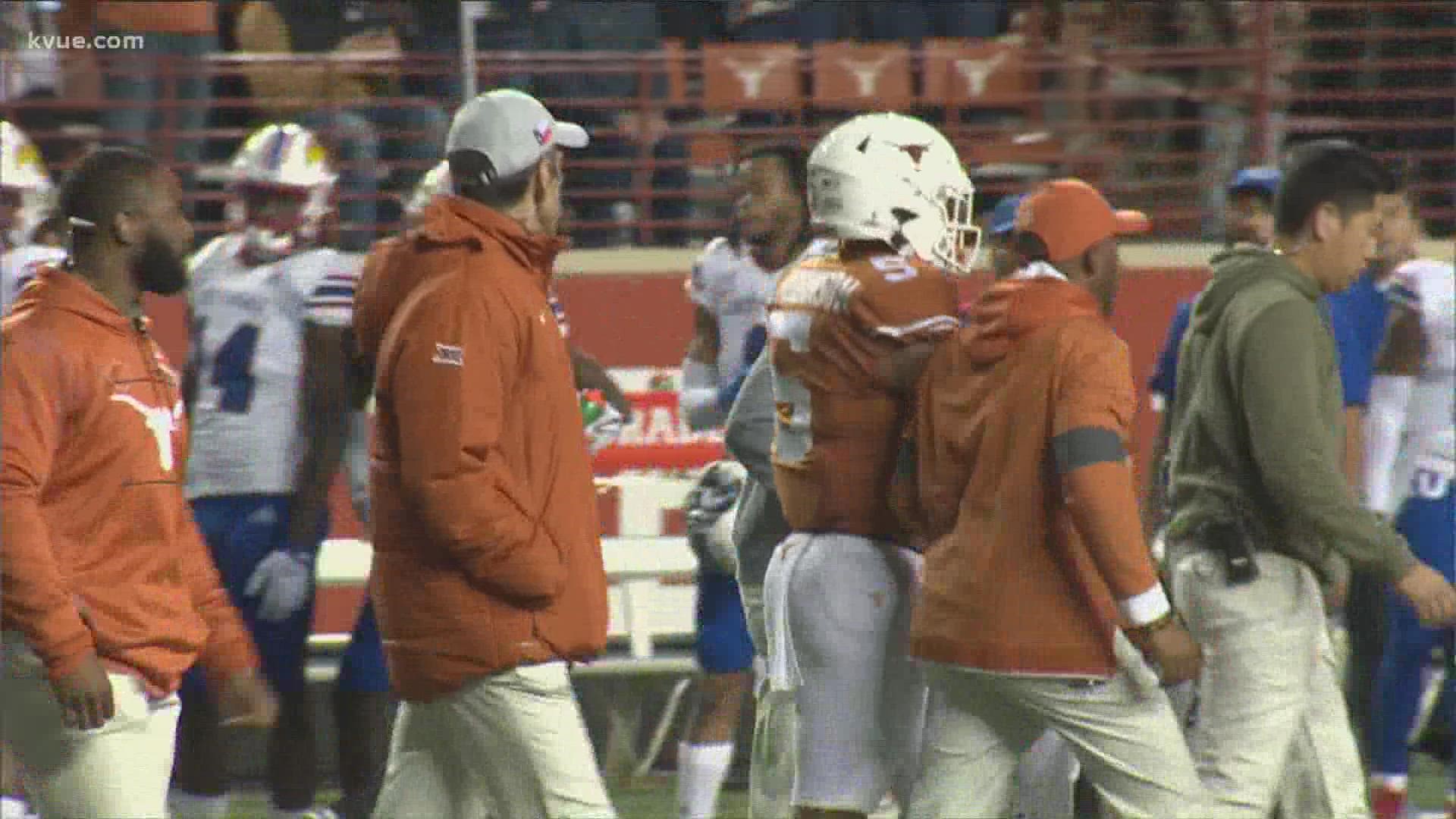