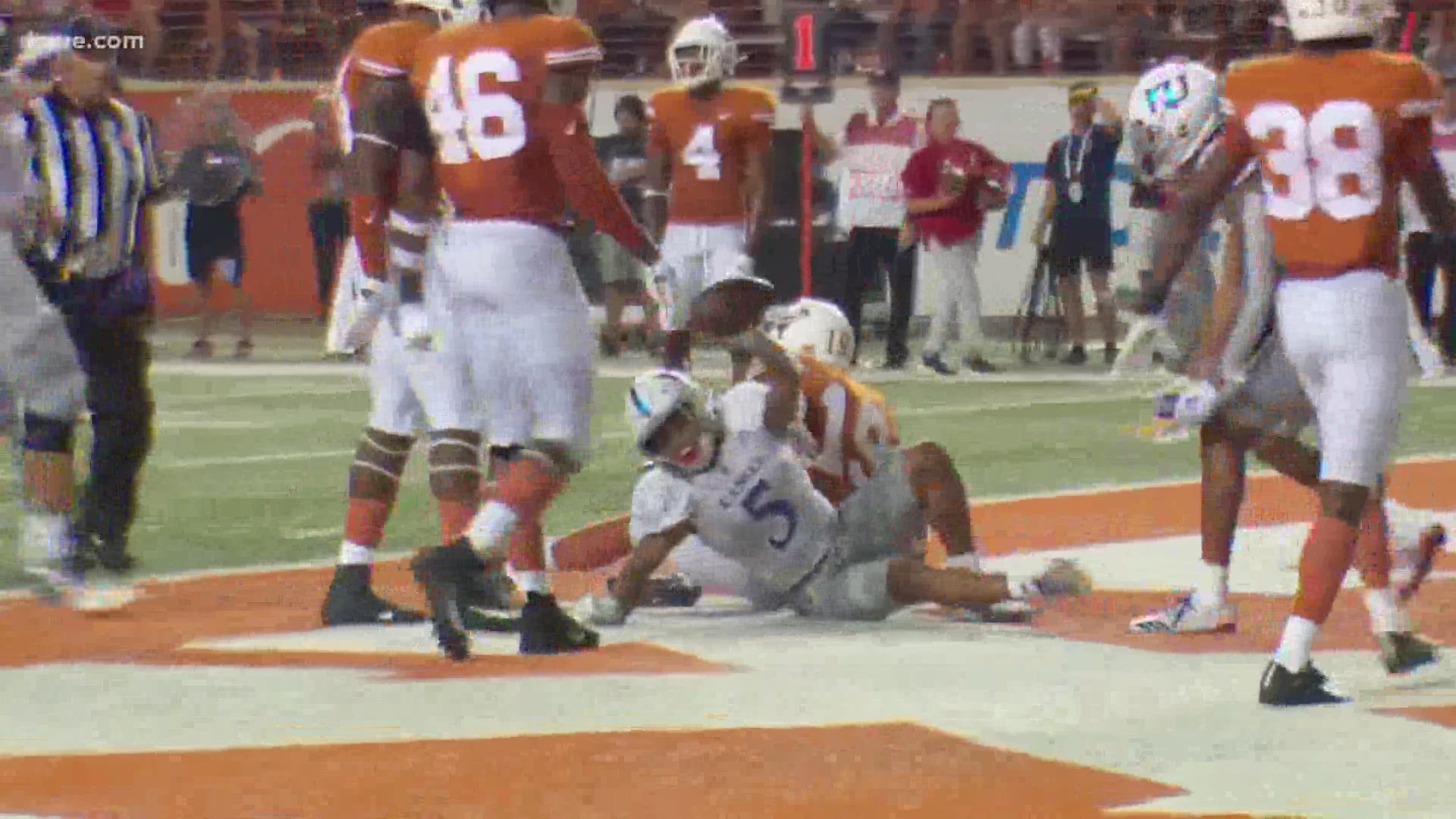 AUSTIN, Texas — Days before the start of the college football season, the Big 12 Conference released the thresholds it has put in place that would lead to cancellation of football games.

According to the Big 12, the following is required for teams to compete in the 2020 season:

Bye weeks, or "open dates," will be utilized throughout the season if any teams need to cancel games due to teams not having enough players compete, according to the Big 12.

Football game cancellation thresholds have been established for the 2020 season.

Non-conference games for Big 12 teams begin the weekend of Sept. 5 and conference play is slated to start Sept. 26.