The Big 12's move means UT's season will go ahead, with a revised schedule. 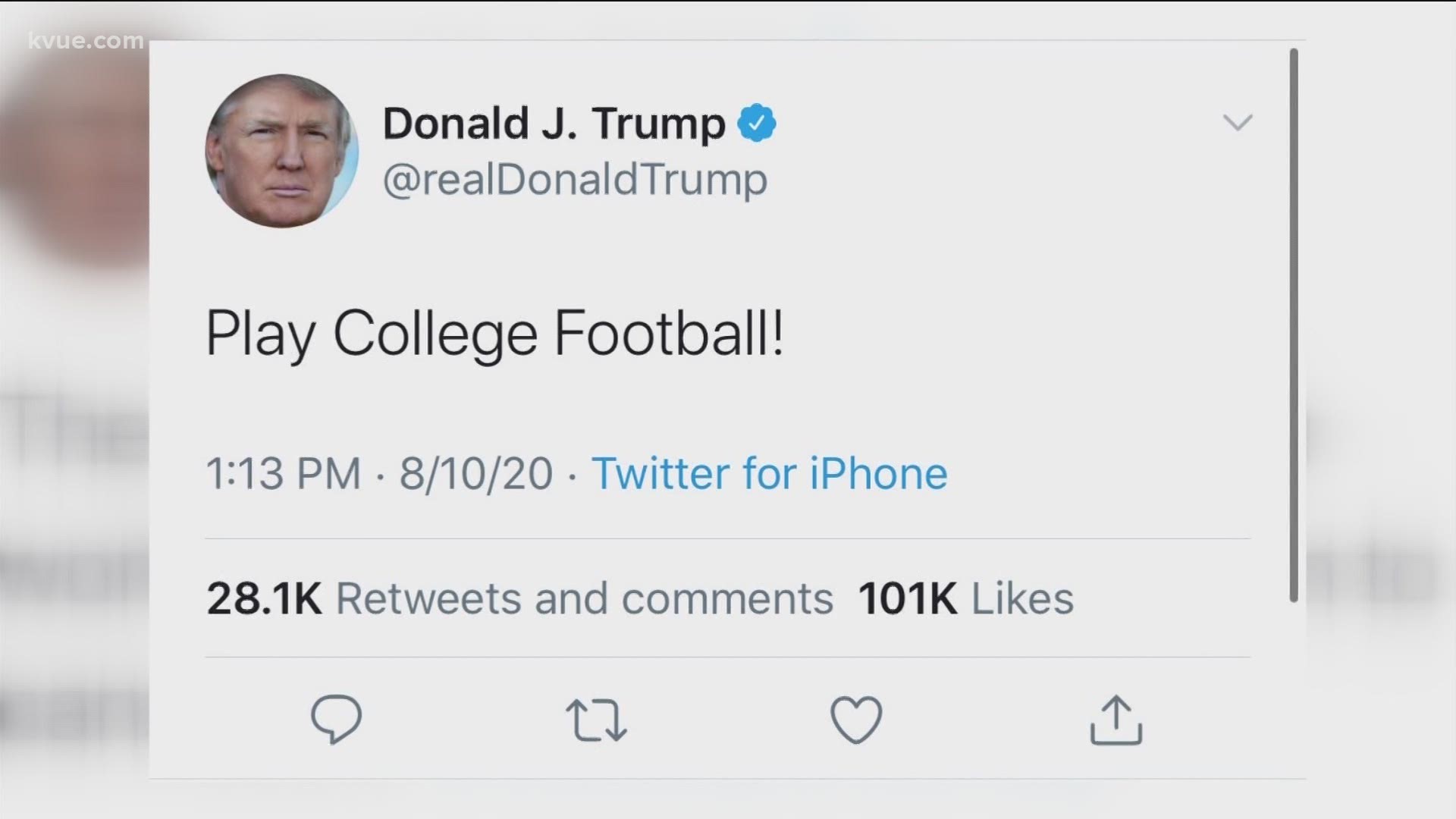 AUSTIN, Texas — The Big 12 Conference will move forward with a fall football season, according to the commissioner of the conference.

Bob Bowlsby, the commissioner of the Big 12 Conference, made the announcement in a statement Aug. 12

A revised Big 12 schedule has been released. It includes the regular "9-plus-1" setup, meaning nine conference games and one non-conference game, but the start of the season will be delayed until Sept. 26.

"Ultimately, our student-athletes have indicated their desire to compete in the sports they love this season and it is up to all of us to deliver a safe, medically sound, and structured academic and athletic environment for accomplishing that outcome," Bowlsby said in a statement.

The Big 12 could still pull the plug on the season should conditions worsen, reports said.

The news comes after the Big Ten Conference was the first of the Power 5 conferences to postpone all fall sports, including football.

In the days leading up to the Big 12's decision, student-athletes from across the nation, including Texas Longhorns safety Caden Sterns, took to Twitter in the #WeWantToPlay movement. President Donald Trump and Gov. Greg Abbott have also shown public support for the student-athletes' desire to play.

In a media conference call after UT's first practice, head coach Tom Herman said everything went great, and the guys were excited to be back on the field.

"They're football players," Herman said. "They want to play football and today was a very important step into making that happen in 2020."