104 years ago this week, Bevo made his debut at a UT football game. But where did his name come from?

There are several theories about the origin of the name "Bevo" for UT's legendary longhorn steer mascot. 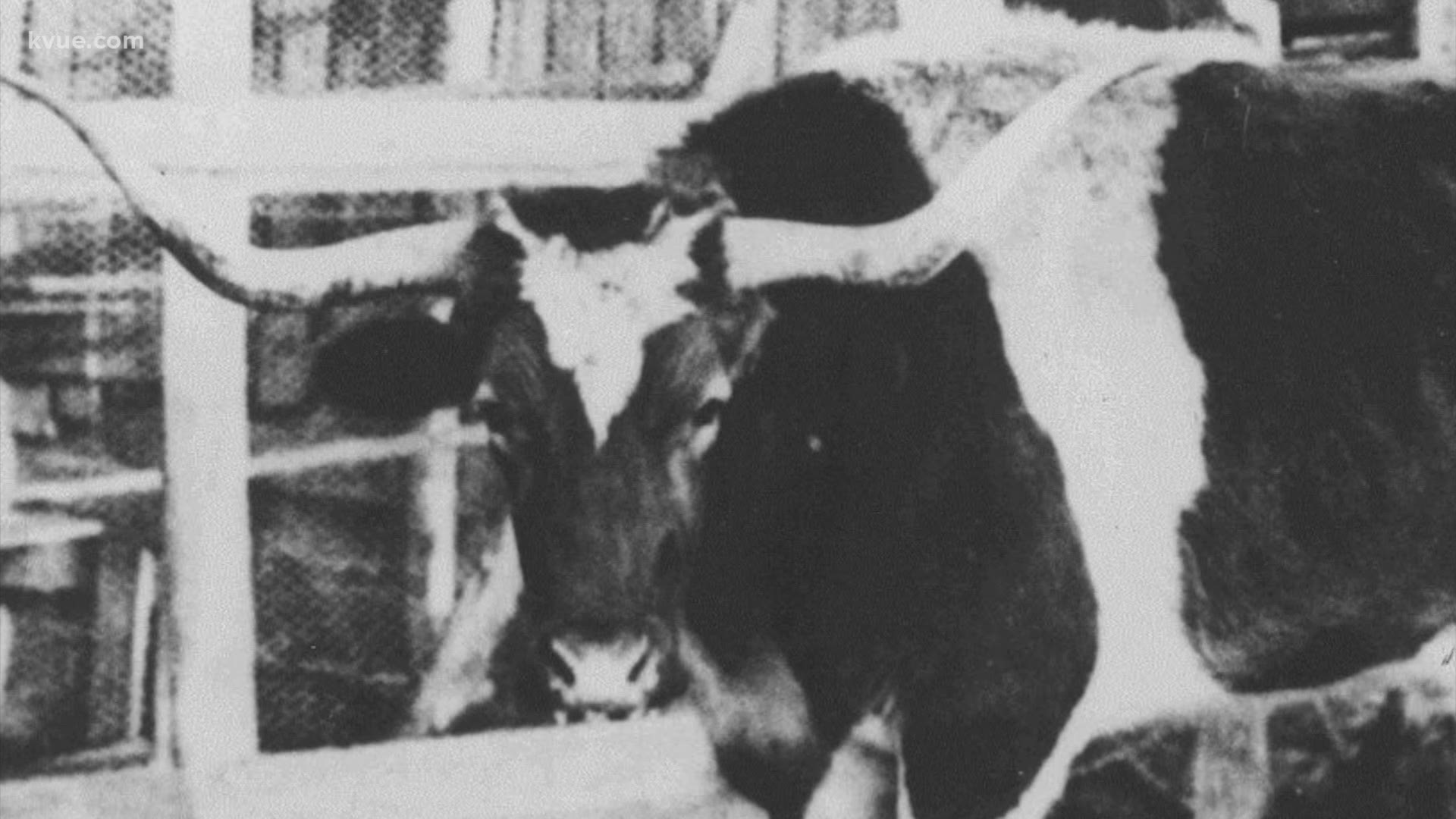 AUSTIN, Texas — Monday marked a special anniversary for all Texas Longhorns fans. Just over 100 years ago, in 1916, the first mascot named Bevo made his appearance at a UT football game.

The first Bevo was a scrawny longhorn steer introduced during half time at the UT-Texas A&M football game 104 years ago. It was reported that he was hard to handle and not particularly well-liked by the students.

After all, UT already had a football mascot: a tan and white dog named "Pig Bellmont," adored by students and faculty. The dog roamed the campus freely and was even welcomed inside classrooms. When he died in 1923, students led a solemn funeral procession down The Drag.

Back at Clark Field for that 1916 game, it was a victory for UT. They beat A&M, 21 to 7. And when a UT editor wrote a story about the game, he mentioned the steer and proclaimed in print: "His name is Bevo. Long may he reign."

But where he got the name Bevo isn’t clear.

There was a popular non-alcohol drink from Anheuser-Busch – a near-beer – at the time called Bevo. Could that be where the mascot's name came from?

Or did the name originate from the actions taken by a small group of A&M students who broke into Bevo’s shelter and branded him with the score of 17-0, the result of a 1915 football game that the Aggies had won against Texas?

The legend goes that when UT students saw the branded Bevo, they converted the score, 17-0, into the name "Bevo." But UT historians say that version isn't true.

RELATED: Here's a Longhorns game day in the life of BEVO XV

The most likely origin of the Bevo name has to do with beef. It possibly came from the words "beeves" or "beev," used to describe cattle in the past. Add the letter “o,” and you’ve got “beev-o.”

And speaking of beef, KVUE is sad to report that Bevo I met an unfortunate demise. He was retired, fattened and served up as a barbeque dinner for the annual UT football banquet in 1919.

A most unfortunate end to the beginning of a Longhorn legend.