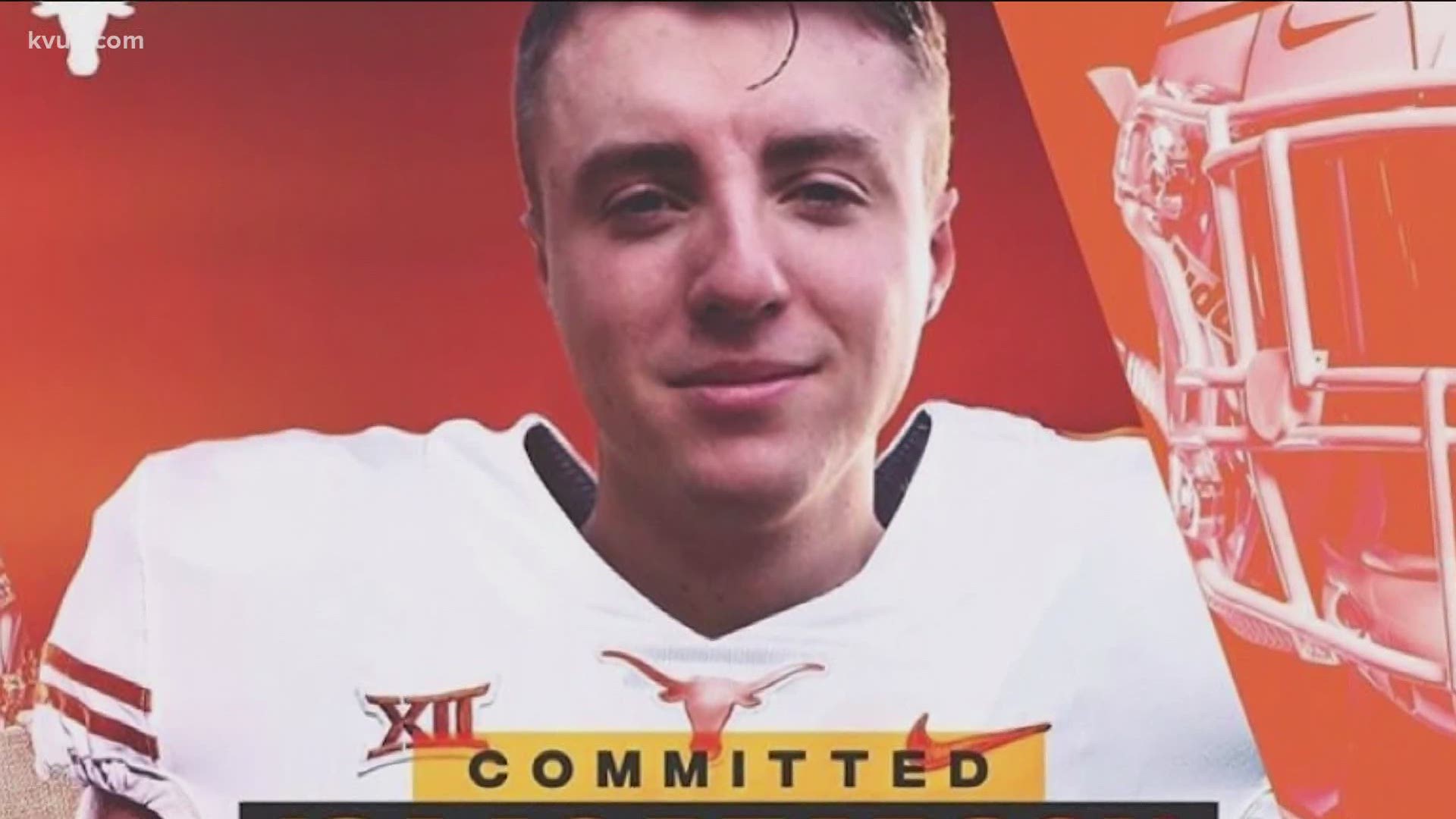 Isaac Pearson's path to the University of Texas on one hand was unconventional.

On the other, it was inevitable.

“Texas has been a dream since before I knew what Prokick was and I first latched on to American football,” he said.

Pearson is the Longhorns newest commit to their 2021 recruiting class.

The Australian-born punter will be 23 years old by the time he gets to campus, predominantly because his path from down under began when he was working underground.

“I was actually working as a plant mechanic in the coal mines," Pearson said. "It was tough, that's for sure. It was really hard work, long hours. We’d have 12-hour shifts, night shifts, weekends. No one wants to work in the mines for 40 years so I thought I needed something that could get me out of there.”

So, Pearson contacted Nathan Chapman at Prokick Australia and went from working in the coal mines to the minds of college coaches.

“You’re going to get some blisters on your hands if you work in a coal mine and I guess that ruggedness of his nature and his physique is going to hold him in good stead,” Chapman said.

“I wouldn’t say it came naturally to me at all," Pearson added. "We’re all very good at the roll-out drop punts. All Aussies will have that sort of golf bag with a few different trick shots in their bag.”

Pearson's commitment makes it a Prokick pipeline. He follows in the footsteps of Seattle Seahawks punter Michael Dickson and current Texas punter Ryan Bujcevski, and will soon become the third straight Longhorns punter to go from Australia to Austin.

“Their hard work and their achievements have paved the way for me to get there and their legacy is something I look forward to living up to,” Pearson said.