After a battle with leukemia, Texas Longhorns basketball star Andrew Jones returned to the court with an eruption of applause and a standing ovation. 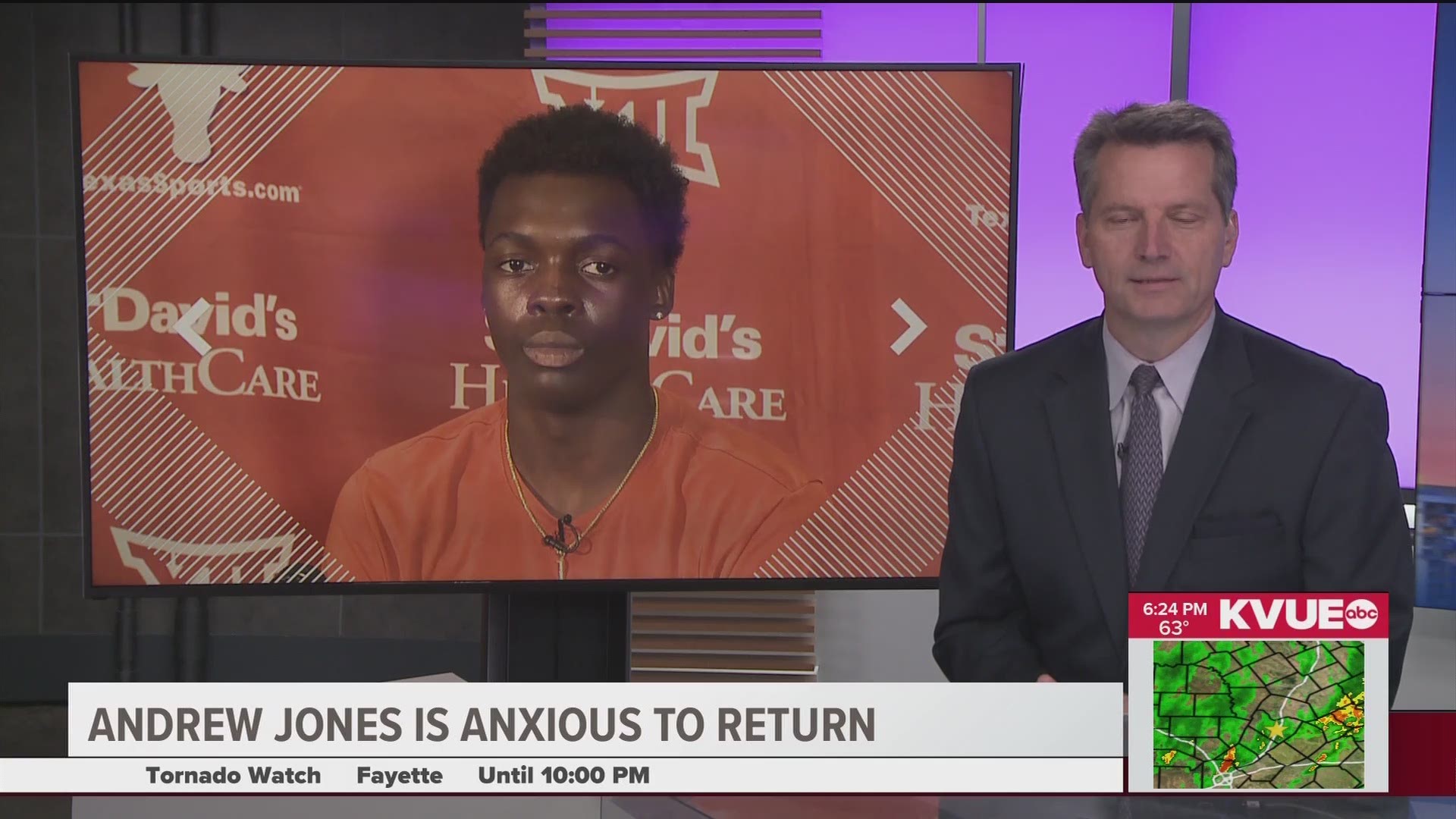 Just 10 months ago, Jones was in a fight for his life after being diagnosed with leukemia.

His basketball career was placed on hold, but Jones battled and vowed to return to the court.

Jones underwent chemo treatments at M.D. Anderson Hospital in Houston and returned to the UT campus for the fall semester. Miraculously, Jones regained his strength, enough strength to be cleared to play his passion again -- basketball.

Healthy enough to suit up again with his Longhorn teammates for Tuesday night's opener against Eastern Illinois, Jones entered the game with 11:40 remaining in the second half.

He even entered the court to a standing ovation from the crowd at the Frank Erwin Center.

What a scene: Andrew's first bucket for Texas since his leukemia diagnosis and the crowd loves it. pic.twitter.com/k7aPmlomda

The crowd erupted when Jones scored his first bucket, a free throw with 9:40 remaining in the game. A significant victory for many reasons.

Texas opened the season with a 71-59 win over Eastern Illinois. Sophomore guard Matt Coleman III led the Longhorns with 13 points.

Up next for Texas is a date with former Southwest Conference rival, Arkansas, on Friday in the Armed Forces Classic.