Andrew Jones back practicing with Texas Longhorns after leukemia treatments

The University of Texas Men's Basketball team announced on Jan. 10 that Andrew Jones had been diagnosed with leukemia after complaining of constantly feeling tired, and he didn't play the rest of last season. 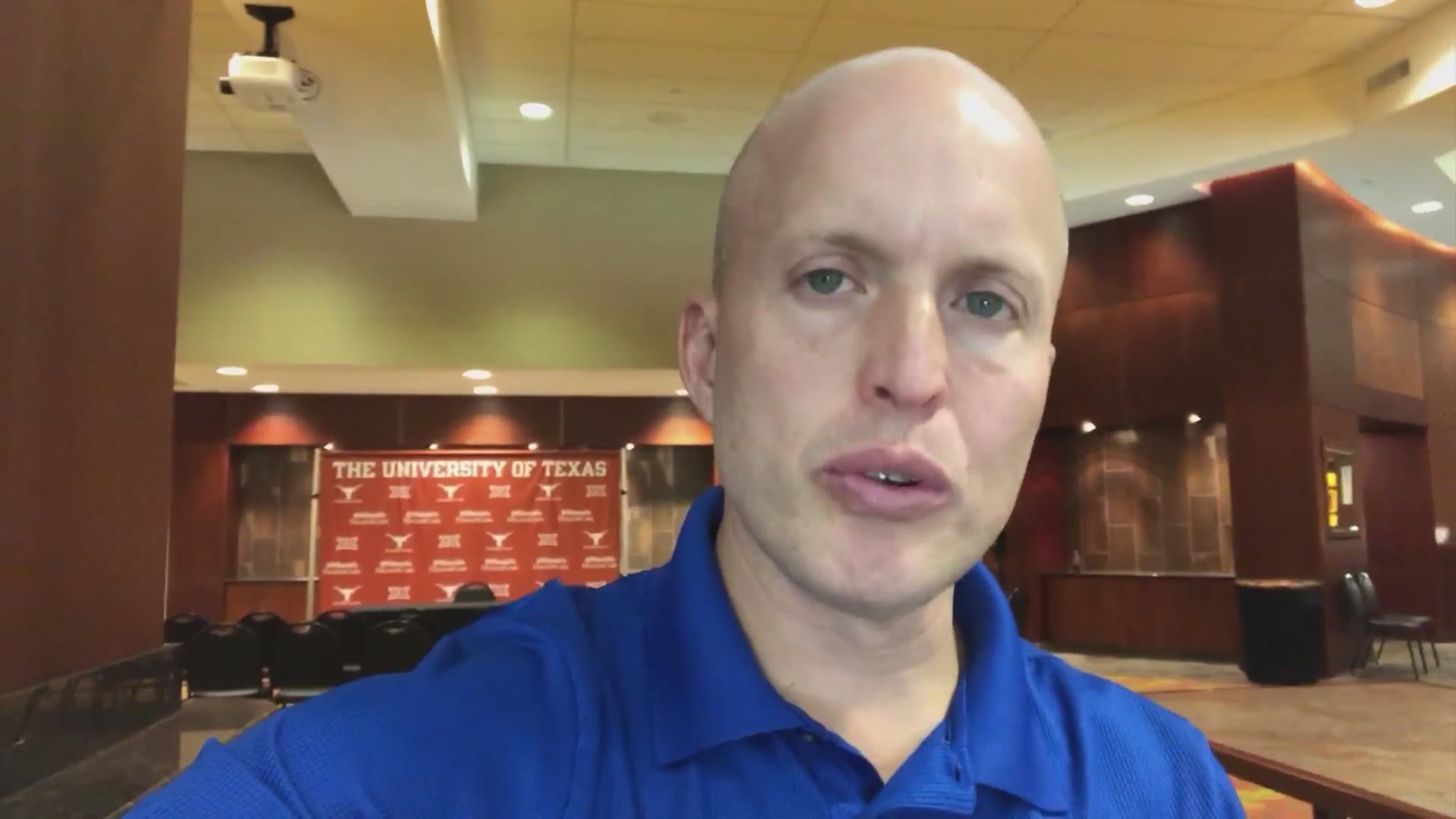 Although Jones would probably like to play this season, Smart wasn't ready to say if he will be able to get on the court in a game. Jones is a full-time student.

"It's been great having him back. It's terrific seeing him back on the court and doing what he loves to do," Smart said.

"He's participated in our workouts some. There's sometimes where he gets pulled out. The team doctor and the trainers want to make sure we're building back his strength before he gets thrown out there full time."

Texas announced on Jan. 10 that Jones had been diagnosed with leukemia after complaining of constantly feeling tired, and he didn't play the rest of last season.

He underwent lengthy treatment at the University of Texas MD Anderson Cancer Center in Houston.

Jones has remained engaged on social media, often relaying comments about his recovery and returning to campus, or posting videos of him playing basketball.

"Andrew's a guy who has high expectations for himself. If he's out there he wants to be able to play like himself. We're excited about the growth he's making. There's more to come," Smart said. "I think he would like to (play), but we have to make sure we do what makes the most sense for him long term, and also what makes the most sense for our team."