Dalton Porter missed out on a chance at a high school state championship and a chance to potentially turn pro, but now heads to UT to begin his college career. 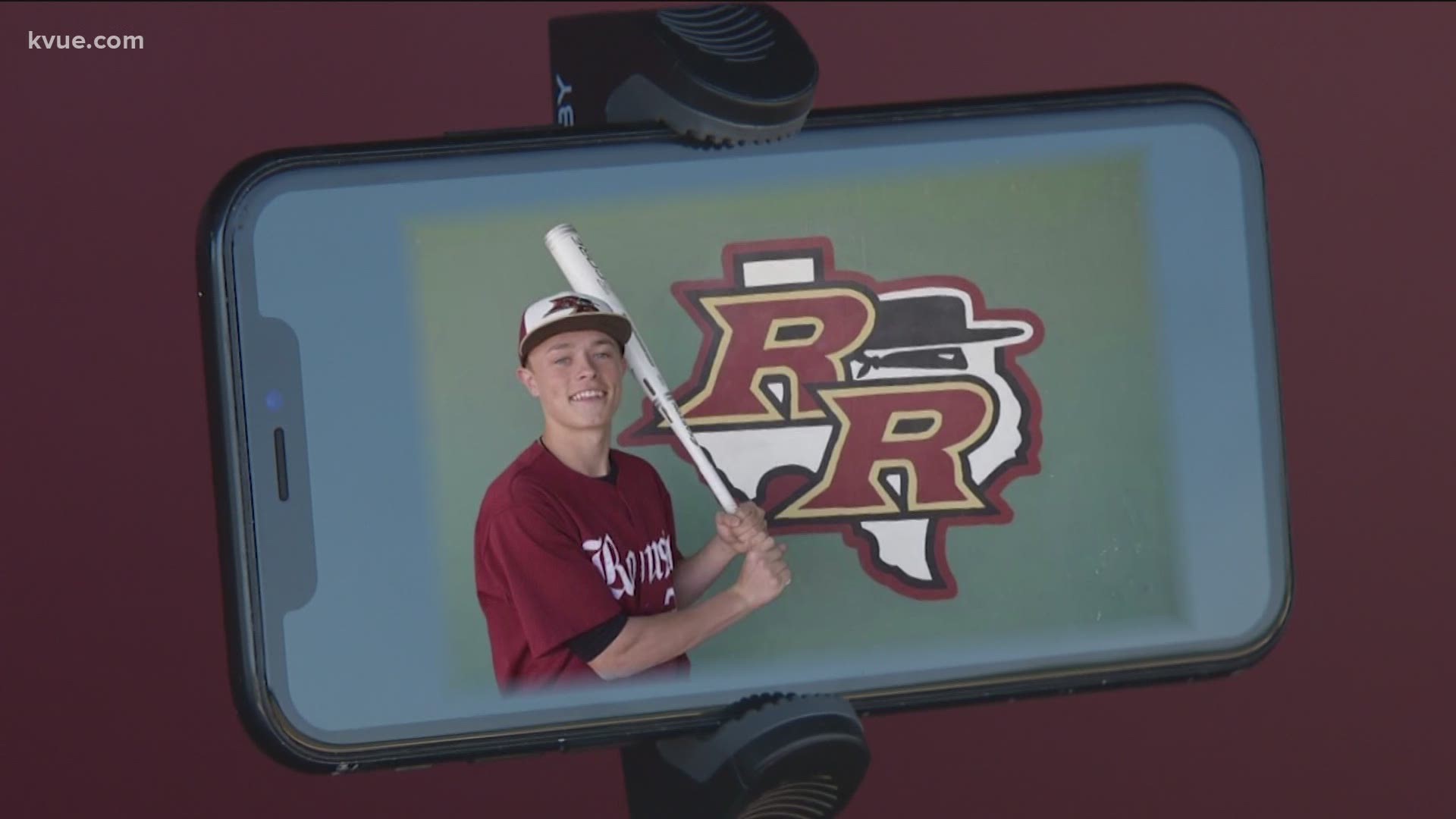 Dalton Porter likes to say he'll never back down from a competition.

The problem is, it's competition that's been backing down in the face of the COVID-19 pandemic.

Porter has lost a chance to compete for a high school state championship with his star-studded Rouse team.

“That’s the thing that really hurts the most is knowing that we had that legitimate chance to make an actual run,” Porter said.

Porter lost a chance to start his professional career and be selected in the 2020 MLB Draft, as the draft was gutted from 40 rounds to five.

“I was off to an amazing start. I feel like people were just kinda starting to realize what I’m capable of,” Porter added.

But instead of being down in the dumps, Porter has turned his attention to what'll be the ultimate competition. He looks to compete for a starting job at the University of Texas.

Porter committed to Texas when he was only a freshman, and he's the only local product in the 14-member class that was tabbed as No. 1 in the country by Baseball America.

“I’ve always grown up a Longhorn. I’ve never really celebrated any other team except the University of Texas at Austin,” Porter said.

“That’s what we do, we go to all Longhorns sporting events," Porter's dad, Donald, said. "So to have the opportunity to see him in a Longhorns uniform is going to be something special.”

“He hasn’t stopped working," Donald Porter said. "That’s one thing about Dalton ... he’s always doing something to get better.”

“You’re going to have older guys out there with more experience, bigger, faster, stronger," Dalton Porter said. "It’s just going to make me work harder. Next year, if everyone does come back at UT and no one gets drafted, that's just more competition for me to develop. Competition brings out the true competitor and I believe that I’m a true competitor. I’m excited for the challenge that it’s going to bring.”

Under 1% of MLB employees test positive for coronavirus antibodies

Dalton added that just because competition has been taken away in the short term, doesn't mean future competitions aren't on his mind.

“There’s nothing that’s just going to be given to me from here on out. I just got to earn it," Dalton Porter said.

Start your engines: NASCAR roars back during pandemic, resuming at Darlington