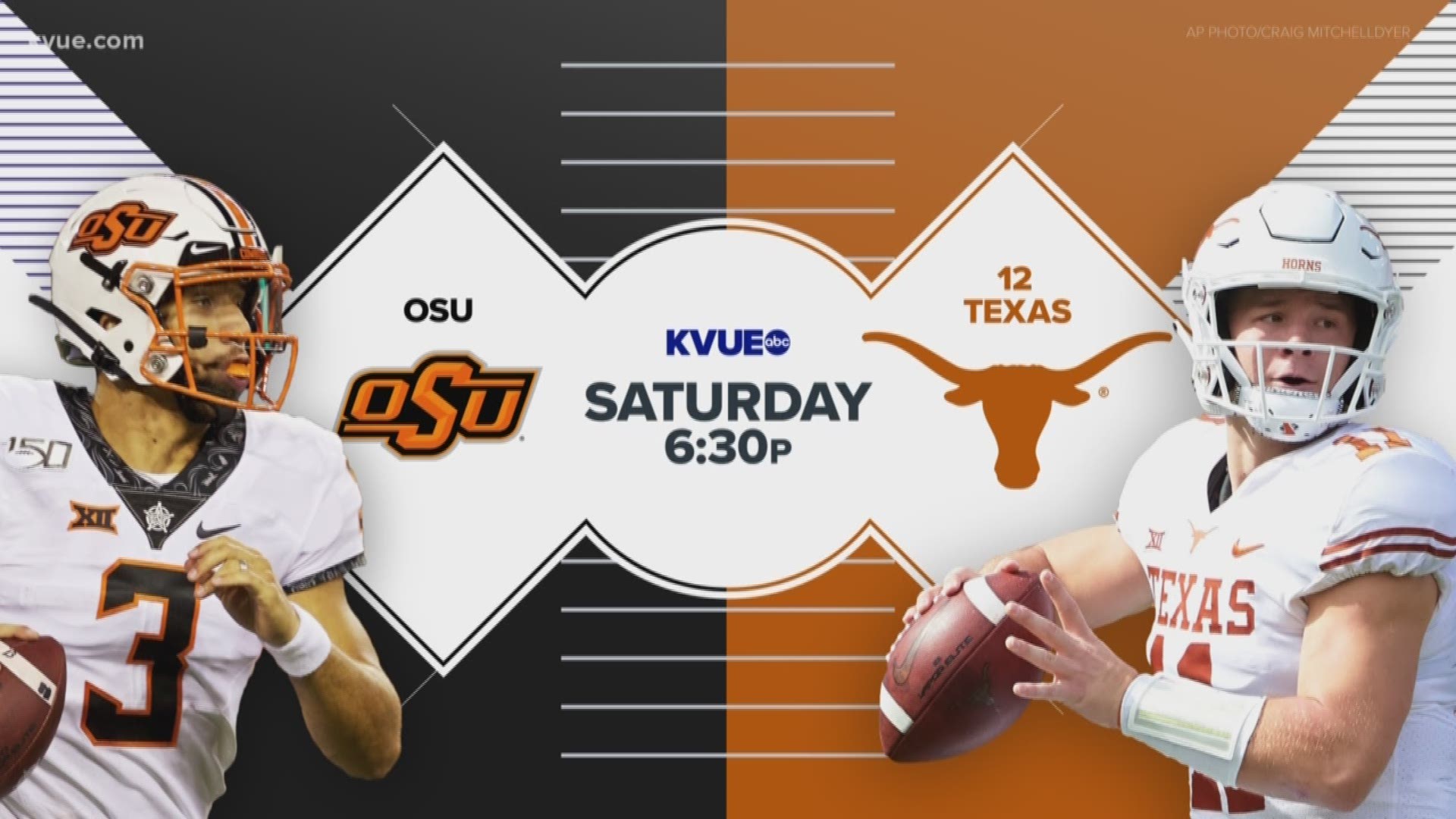 AUSTIN, Texas — (AP) — The Texas Longhorns got a boost Monday when coach Tom Herman said three injured starters will likely play this week in the Big 12 opener against Oklahoma State.

Johnson sat out the game but has seven catches for 108 yards and a touchdown this season. Shackelford left in the second quarter after aggravating an foot injury from the preseason. He was on crutches after the game but Herman said he'll wear a brace and return to practice.

Ossai left the game with in the fourth quarter with a shoulder sprain and tests revealed no major damage. Ossai has been a top playmaker for No. 12 Texas (2-1) through the first three games with one sack and two interceptions.

The Longhorns will need Ossai against the Cowboys (3-0), who bring one of the nation's top offenses. Running back Chuba Hubbard leads the nation in rushing with 173.7 yards per game and wide receiver Tylan Wallace has six touchdowns.

Texas is still without starting safety B.J. Foster who injured a hamstring late in the Longhorns' loss to LSU.