'Stand strong, stand together': Former NBA player Steven Jackson on a mission to get justice for George Floyd

Jackson says he and his 'twin' George Floyd spent a lot of time in Houston's Third Ward. He heads to Minnesota Friday, calling for the arrest of 4 police officers. 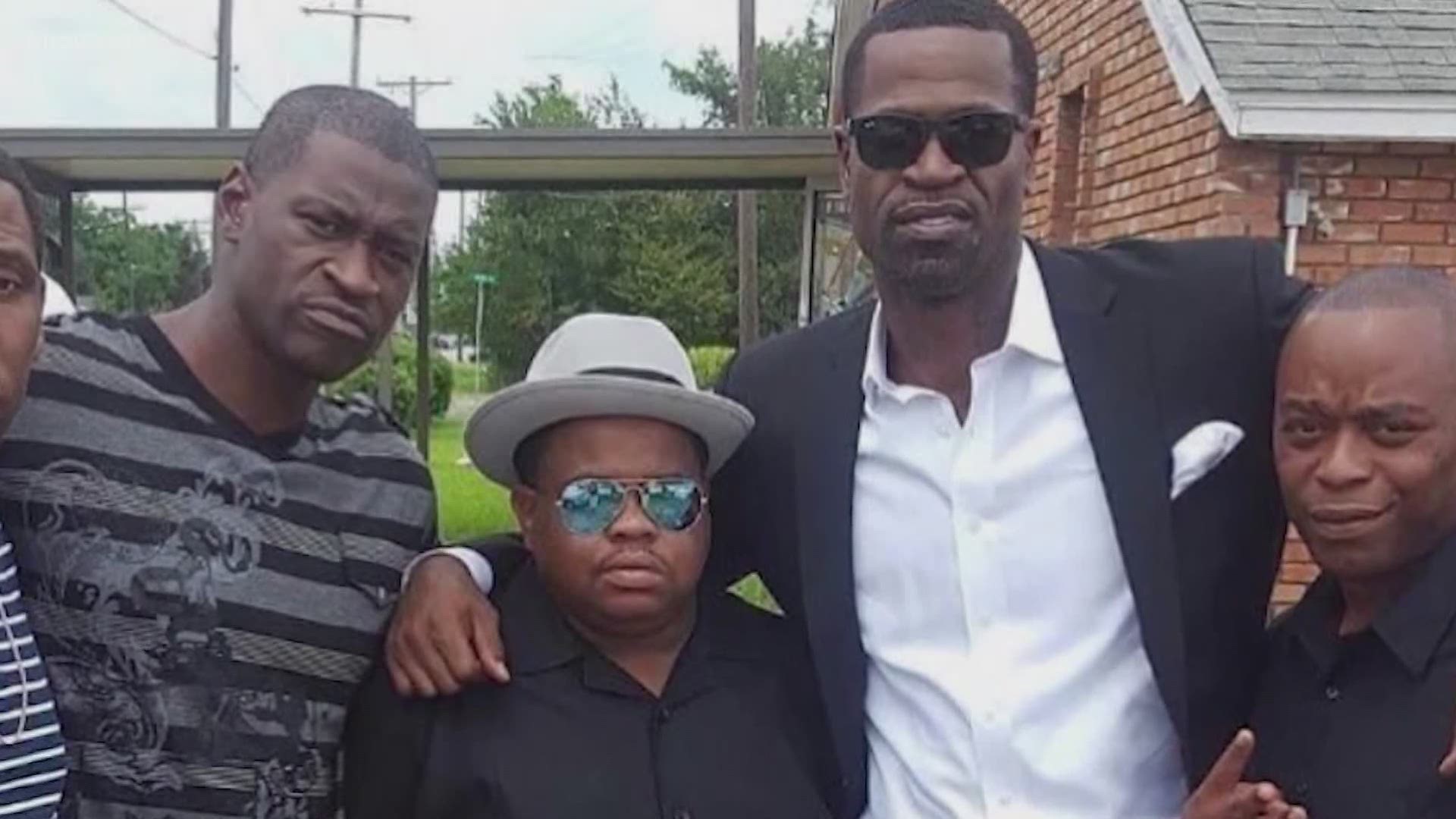 HOUSTON — Former NBA player Stephen Jackson is speaking out about his "twin brother" George Floyd. The two spent a lot of time together in Houston. Now Jackson says his new mission in life is getting justice for his twin.

"When I saw him, the first question we asked each other was, 'Who's your daddy?' We just look that much alike," Jackson said. "From that conversation, we just hit it off."

Anytime Jackson came to Houston, the Third Ward was his first stop. "Big Floyd" his first call. They were alike in so many ways.

"Our relationship was a brotherly relationship," Jackson said. "He was an athlete. He wanted to make it to the pros in football and basketball. He just didn't have the same opportunities I had."

RELATED: U.S. Attorney McDonald: 'Our highest priority is that justice will be served'

New video surfaced today showing Floyd encouraging the younger generation to stop gun violence. Jackson said that's who Floyd was, always pushing to be better. He moved to Minnesota for a fresh start.

"He was focused on getting his job and changing his life," Jackson said.

He never imagined that's where it would end in a video for all the world to see.

"It hurts, man. It hurts," Jackson said. "I see murder. I see hate. I see privilege. I see a lot of things in that moment."

Since his twin's death, Jackson's taken to social media on a quest for change and justice.

"I'm scared, because I'm going to embark on this journey for justice for my friend, and I've seen so many come up short and become hopeless," Jackson said.

He's calling for the arrests of the officers in that video. He fears violent protests and riots will only make that more difficult.

Jackson has a message for protesters in Houston.

"Stand strong and stand together, all races," Jackson said. "That's what they're scared of. The answer is all of standing together. All of us."

Jackson said his twin was always destined for great things. He believes this tragedy will not be in vain.

"This is the moment," Jackson said. "George Floyd will be the name that lives forever, because we'll have change.