Boston has a vacancy, and San Antonio's trailblazing assistant will be in the conversation for this lead job and every other one until her hiring makes history. 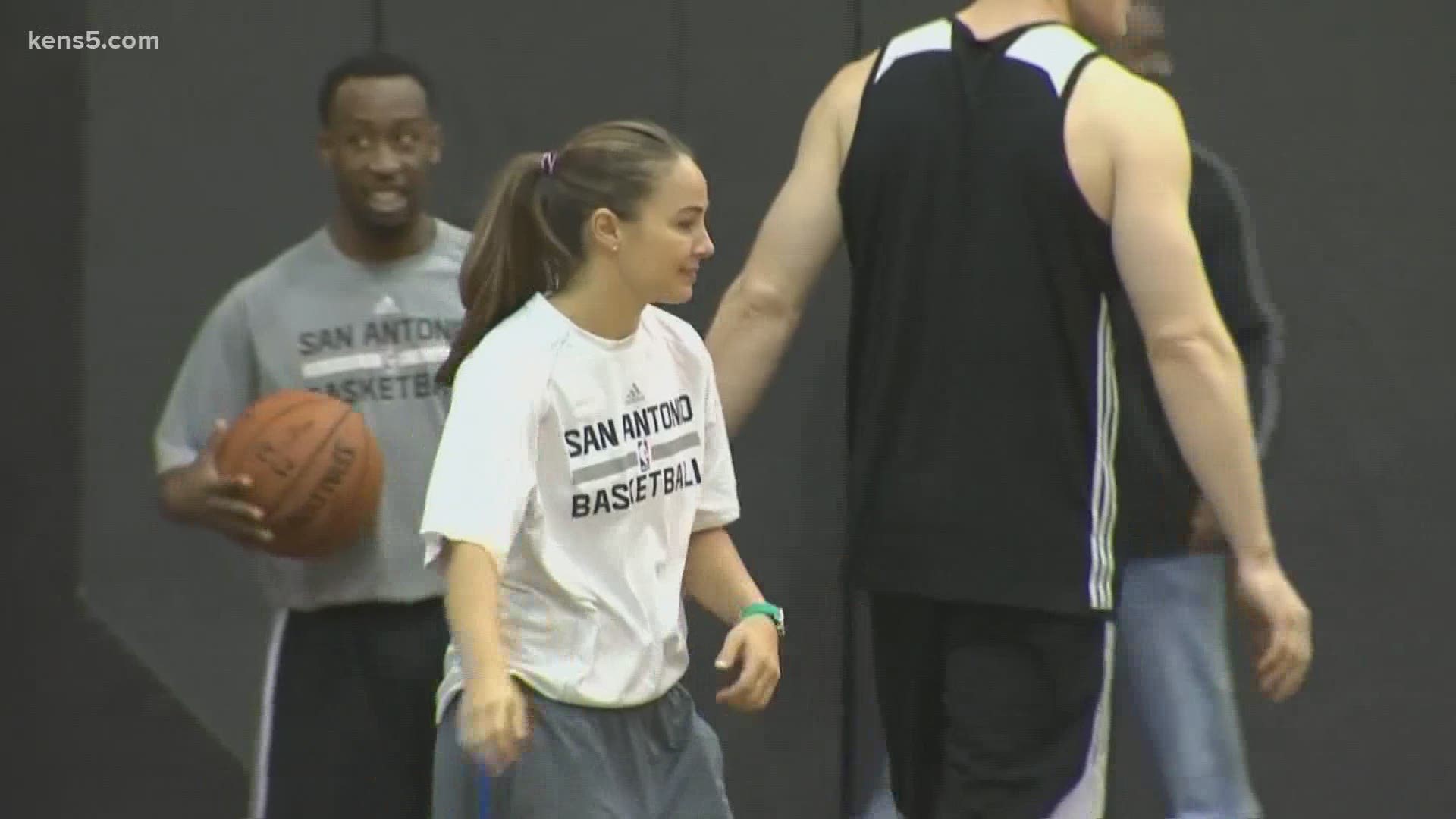 SAN ANTONIO — Trailblazing Spurs assistant Becky Hammon is once again being discussed as a potential head coach thanks to the first vacancy of the offseason, and her name will continue to come up until her hiring makes history.

This season, Hammon became the first woman to act as head coach for an NBA team after Gregg Popovich got tossed early in a game against the Lakers. She acknowledged the hugeness of that moment after the game, but said she tries not to think about that part when it's happening so that she can focus on the job.

.@BeckyHammon says she wasn't thinking about stepping into history when she became the first woman to coach an NBA team. "What dawned on me is I want to beat the Lakers," she tells @hodakotb.

"Inspiring America: The 2021 Inspiration List" will air May 1 at 8 p.m. ET on NBC. pic.twitter.com/IadfAimbhH

That sentiment would certainly be well received by fans of her new team if she did wind up becoming the next coach of the Boston Celtics, making history again.

To be clear: There isn't any reporting right now to indicate that the Celtics are pursuing Hammon as their next head coach. The chatter is more people saying they would be foolish not to.

On Tuesday night, Boston's disappointing season ended in Brooklyn with just a single first-round win. On Wednesday morning, Brad Stevens stepped down as the head coach and moved into the President of Basketball Operations role vacated by Danny Ainge, who retired.

Almost immediately, fans and media members began talking about how much sense it would make for the Celtics to bring Hammon in. Oddsmakers at SportsLine gave her the fifth-best chance right out of the gate behind Sam Cassell, Chauncey Billups, Jay Larranaga and Jason Kidd.

Next Celtics coach, according to our oddsmakers

Brad Stevens had nothing but good things to say about Hammon when asked about her before the Celtics and Spurs played about a month ago, though he noted that he doesn't know her well.

As some Celtics fans got excited about the idea of hiring Hammon and photoshopped her face over Stevens', Spurs fans got worried about the same prospect. That's a feeling folks in San Antonio will need to get comfortable with because she likely will become a head coach, here or elsewhere, sooner rather than later.

All signs point to Gregg Popovich coming back as the head coach next season, and the Celtics won't be the only team looking for a new man, or woman, in charge.

She's a six-time WNBA All Star recognized as one of the 20 best players in league history, and she coached the Summer League Spurs to a title back in 2015. Her resume is legit, and she's both focused and charismatic. 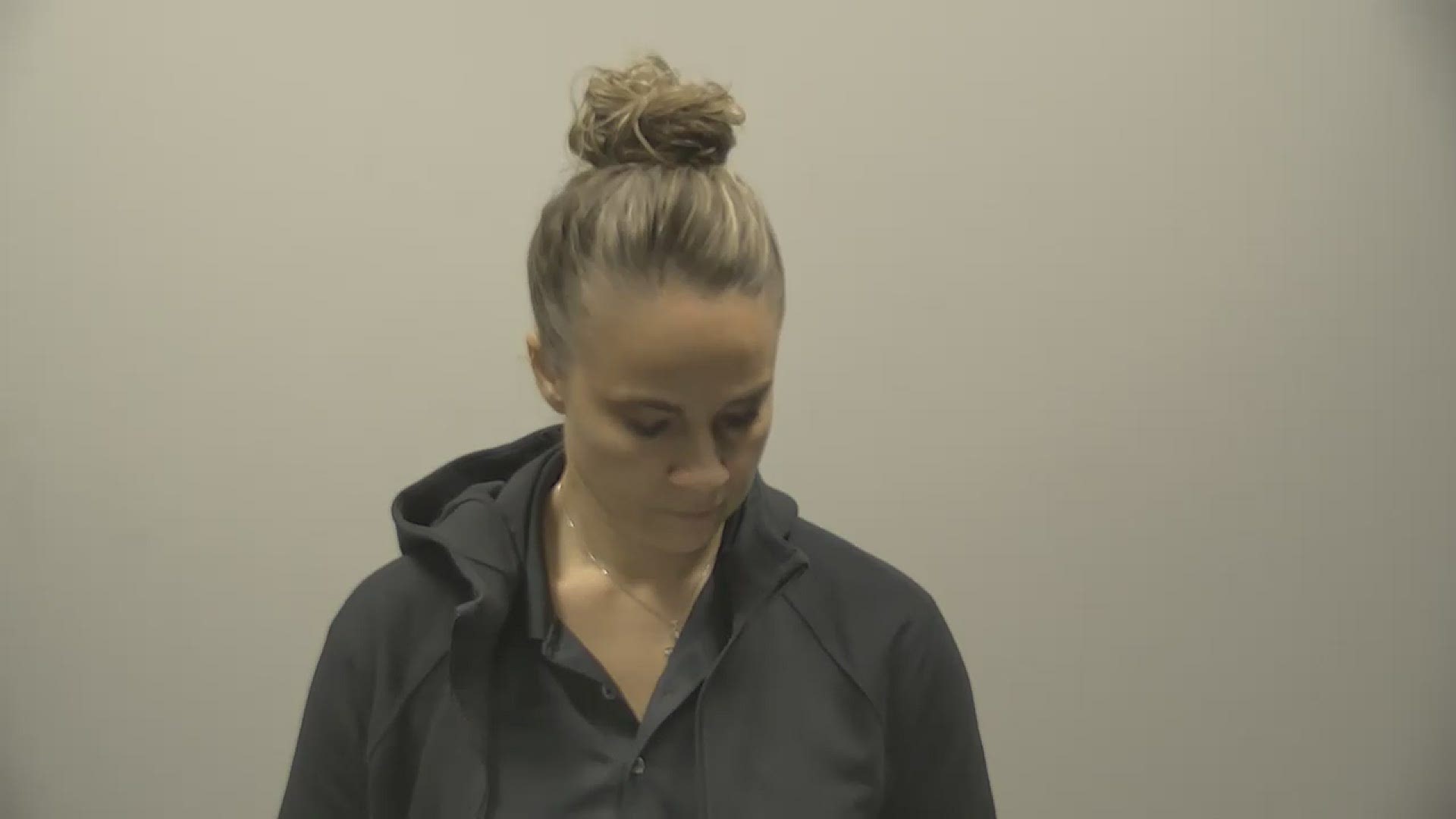 Head-coaching candidates do seem to grow on Pop's ever-expanding tree of influence throughout the league. Monty Williams' Suns have been incredibly good this year, and Steve Kerr has had a bit of success with the Warriors. The series between the top-seeded Jazz and upstart Grizzlies features four coaches from the Spurs' system. The list goes on and includes Brooklyn, Philly, Milwaukee. You get the idea.

Hammon will probably be the next Spurs assistant coach to be tapped for a bigger role. The longer she stays in San Antonio, the more jobs open up, the louder calls for her hiring will become.

As far as when and where that would happen, there are more questions than answers. Here are some of the big ones:

Q: How long will Popovich be the head coach?

Pop has pretty much earned the right to stay in charge here for as long as he wants, whether you like it or not. He's a five-time champion, he's the longest-tenured coach in major American sports, and next year if the Spurs win 26 games, he will pass both Lenny Wilkens and Don Nelson and become the winningest coach in NBA history.

Popovich is 72, and the new head coach of Team USA basketball. It would seem logical that he'd retire sometime soon, but it would surprise nobody if he just kept going. Still, a day will come when Gregg Popovich is no longer the head coach of the San Antonio Spurs. That brings us to question number two.

Q: Do the Spurs want Hammon to be the next head coach, and if so has that been discussed?

"I very much look forward to the addition of Becky Hammon to our staff. Having observed her working with our team this past season, I'm confident her basketball IQ, work ethic, and interpersonal skills will be a great benefit to the Spurs," Popovich said in 2014.

Hammon is the pretty clear heir apparent to Popovich, at least in house. She's been here the longest, she's grown very close with the new generation of Spurs players, and she is better qualified than anybody to take the reins from Pop.

If the team has that same assessment, have they told Hammon they want her to be the next woman up when Pop's retirement comes? Is there an understanding behind the scenes on a timetable and how that would work?

If any of this is actually happening, it's the sort of thing that we wouldn't hear about until after it's done.

Q: What are Hammon's priorities?

Hammon has been in San Antonio since 2007, first as a WNBA player with the Stars. Her roots here are deep, and she may want to stay because of how much she's put in with this group of guys in this city. It will also be a tremendous honor for anybody who Pop decides to pass the torch to.

Does she care about that? And even if there was an understanding that she'd take over for Popovich sometime in the future, would that promise be enough to keep her here if another franchise offered her an opportunity to break that glass ceiling first? Especially if it was a historic and talent-stacked franchise like, I don't know, the Celtics?

Like I said, a lot of these questions don't have obvious answers, and even if you asked the only people who would know, they probably wouldn't give very illuminating answers.

One thing that's for certain, however, is that Becky Hammon will continue to be mentioned as a head coaching candidate because she's extremely qualified.