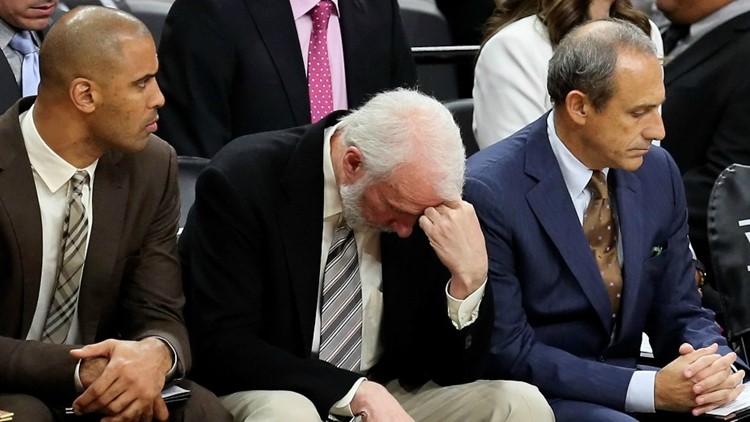 Another Spurs assistant coach is leaving, according to report

SAN ANTONIO — Just one week after the San Antonio Spurs lost a top assistant coach, reports have surfaced that Spurs assistant coach Ettore Messina will be leaving as well.

Ettore Messina's contract with the Spurs expired this summer after 5 years with the team, and the coach has agreed on a deal to run basketball operations and become the new head coach of Olimpia Milano, sources tell senior NBA insider Shams Charania.

Messina is a European coaching legend; he's a two-time coach of the year and a four-time Euroleague champion who's served as the head coach of the Italian national team.

He's been linked to several NBA head coaching positions - as recently as this offseason, when he interviewed for the Cleveland Cavaliers - and served as interim head coach for the Spurs after coach Gregg Popovich took a leave of absence during the 2018 NBA playoffs following the death of his wife, Erin.