Kevin Durant is one of four Brooklyn Nets players who tested positive for coronavirus, according to The Stadium's Shams Charania. 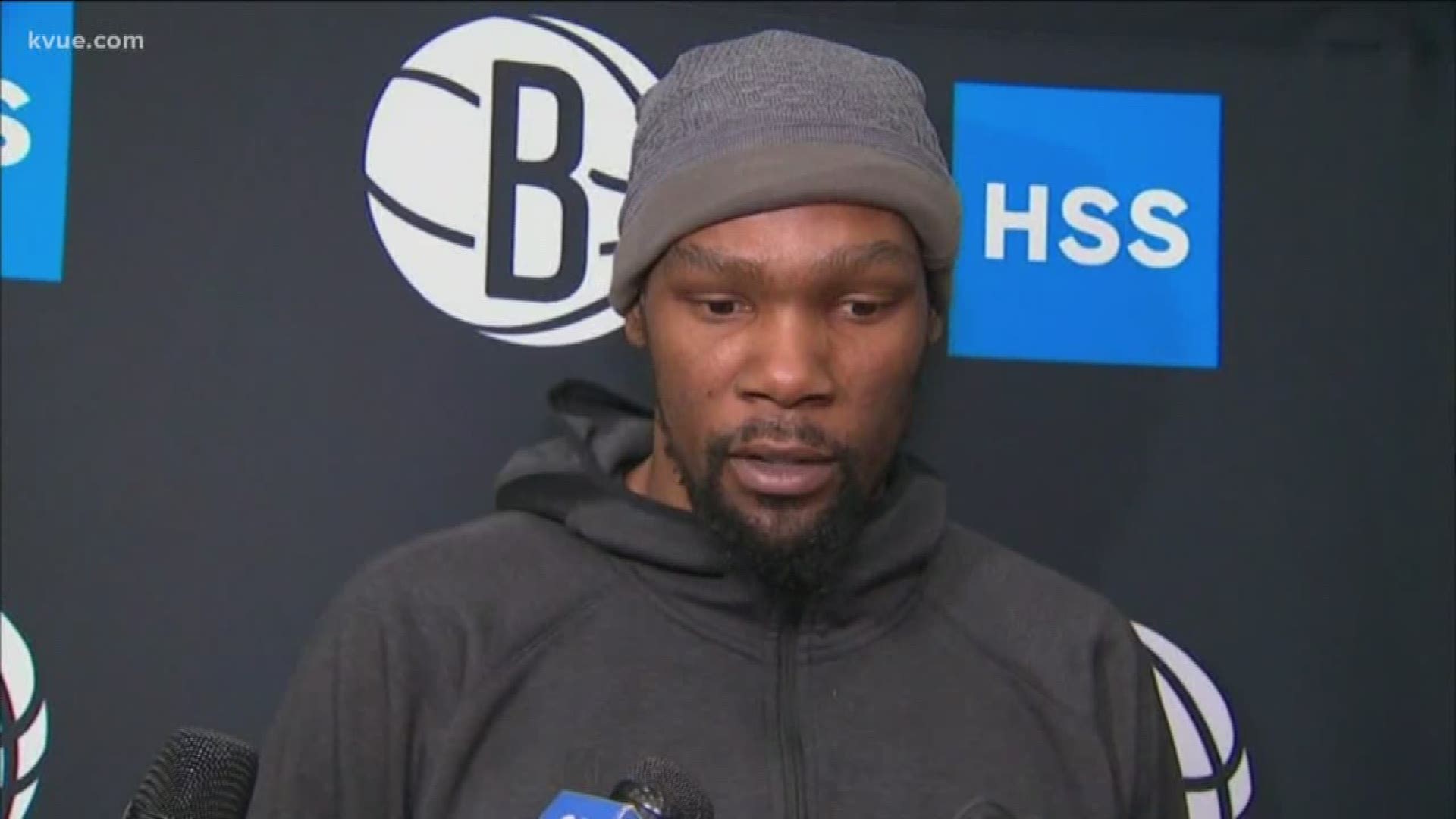 Charania took to Twitter when Durant's test came back positive.

LeBron James reacts after NBA suspends season for coronavirus: ‘What we really need to cancel is 2020’

"Durant says he is feeling fine: 'Everyone be careful, take care of yourself and quarantine. We're going to get through this,'" Charania tweeted.

"Nets paid out of pocket to a private company to conduct tests. One player awoke with some aches today; rest have experienced no symptoms," Wojnarowski tweeted.