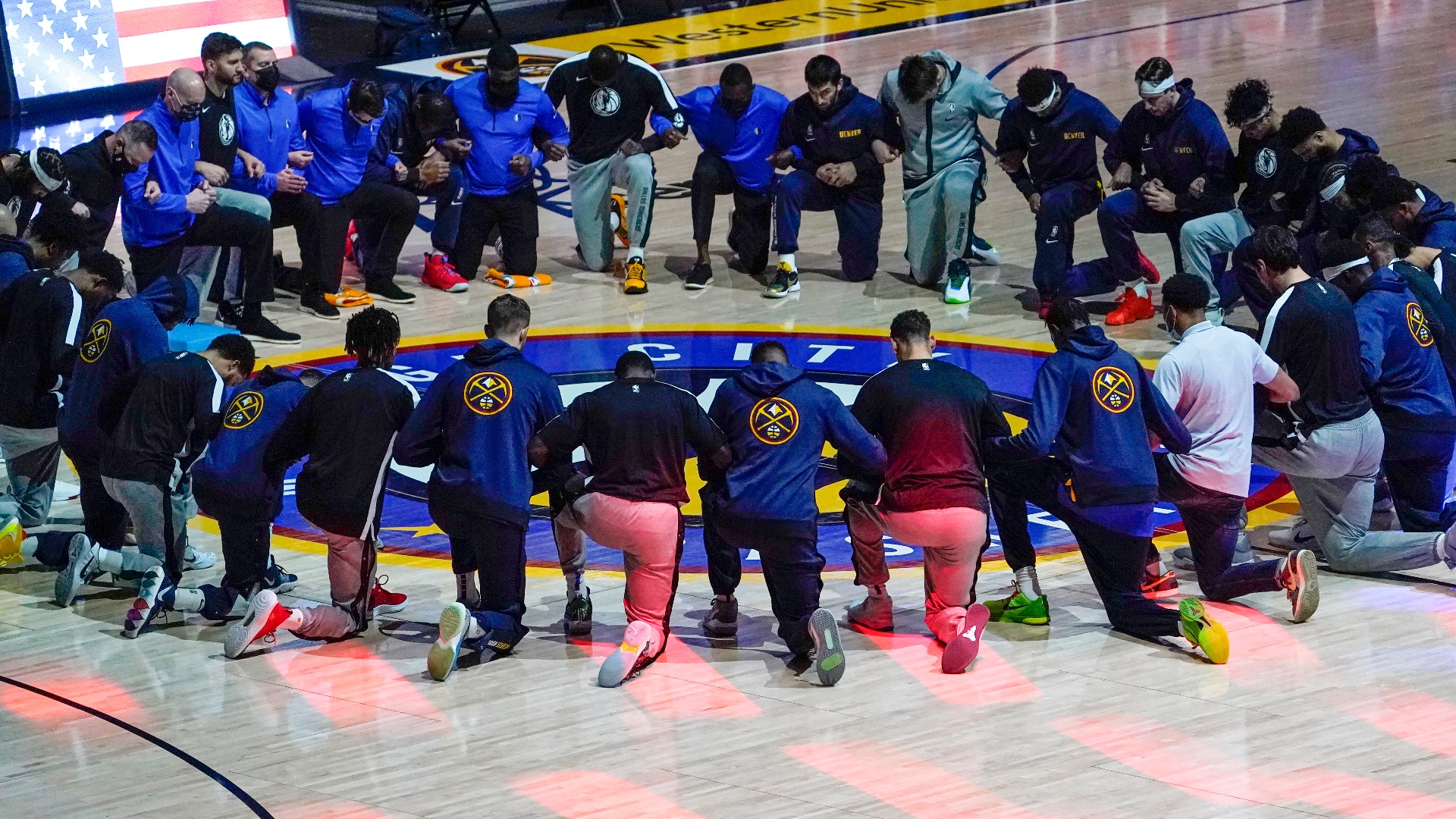 The Dallas Mavericks will play the national anthem before Wednesday night's game. It will be the first time they have done so in the 2020-21 season.

The Mavericks have drawn national attention over the past 24 hours for not playing the anthem, and on Wednesday state lawmakers threatened legislative action to ensure the anthem is always played at publicly-funded events.

The NBA issued a statement Wednesday afternoon, directing teams around the league to play the national anthem prior to their games, "in keeping with longstanding league policy.”

The Mavericks have said they will indeed play the anthem tonight, before their game against the Atlanta Hawks.

RELATED: The Dallas Mavericks have stopped playing the national anthem before their games

Owner Mark Cuban had chosen not to play the anthem prior to the first 12 games of the season. It had gone largely unnoticed, due to the lack of fans in attendance.

Monday night marked the first game of the season in which fans were present at the American Airlines Center. That, according to Cuban, was the first night on which a reporter happened to notice the disparity.

Cuban issued a statement Wednesday, first to The Athletic's Shams Charania, on Wednesday afternoon, explaining the decision to discontinue the playing of the anthem. Cuban said the Mavs "respect and have always respected the passion people have for the anthem and our country... but we also hear the voices of those who feel that the anthem does not represent them."

“We respect and always have respected the passion people have for the anthem and our country. But we also loudly hear the voices of those who feel that the anthem does not represent them. We feel that their voices need to be respected and heard, because they have not been. Going forward, our hope is that people will take the same passion they have for this issue and apply the same amount of energy to listen to those who feel differently from them. Only then we can move forward and have courageous conversations that move this country forward and find what unites us.”

The Dallas NHL team confirmed they would continue playing the anthem in a tweet.

The Stars didn't mention the Mavericks in their statement, but alluded to the controversy over their anthem choice. The statement read in part, "As the only national hockey league team in Texas, we are proud to represent our state and country."

We have issued the following statement regarding the National Anthem. pic.twitter.com/7ZR7HXMW73

The Mavericks also faced blowback from state GOP leaders. Lt. Gov. Dan Patrick called the decision not to play the anthem "a slap in the face to every American and "an embarrassment to Texas."

Patrick thanked the NBA for issuing their directive Wednesday.

He also announced the Star Spangled Banner Protection Act, SB 4, on Wednesday. The bill would ensure the national anthem is played at any event that receives public funding.

“It is hard to believe this could happen in Texas, but Mark Cuban’s actions of yesterday made it clear that we must specify that in Texas we play the national anthem before all major events," Patrick said in a statement.

He said the bill has "broad support and he was certain it would pass.

State Sen. Drew Springer, R-Muenster, threatened Cuban's tax breaks in a tweet, saying they should come to the end.