Both drivers walked away from the crash and are OK. 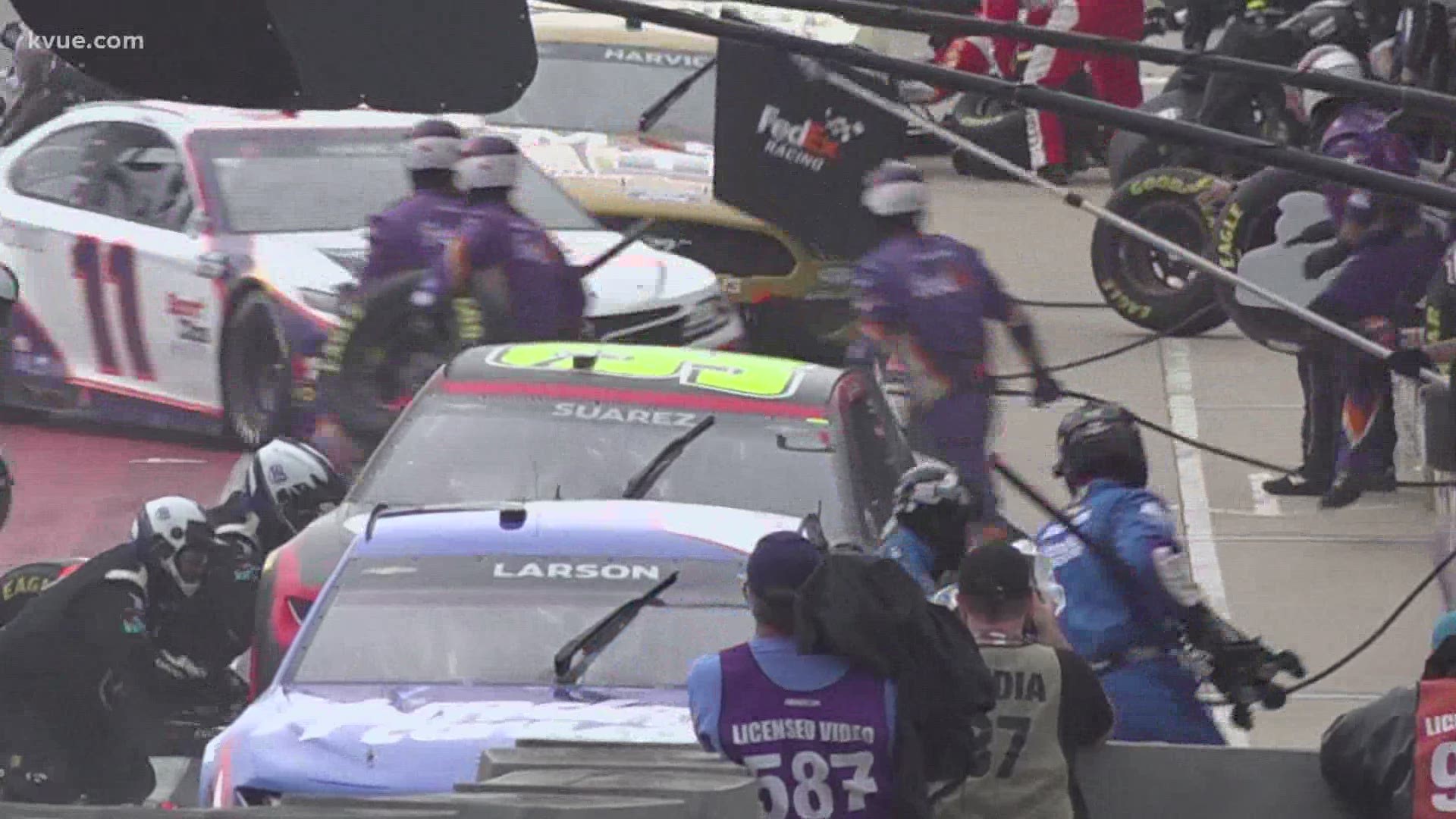 AUSTIN, Texas — On lap 25 out of 68, a crash involving Martin Truex Jr. and Cole Custer stopped the EchoPark Texas Grand Prix under a red flag to clear the track of the cars and debris.

The drivers, who both walked away OK, attributed the crash to the limited visibility on the track. Custer told the FS1 broadcast team he could hardly see past one foot in front of the car, which is definitely clear in the replay of the cameras on both Custer's and Truex Jr.'s racecars.

Truex Jr. bumped into a car in front of him on a straightaway of the track, which caused him to slow down. Custer, not knowing that Truex Jr. was driving at a slower speed, ran into the back of the No. 19 racecar.

Custer's racecar then caught on fire shortly after the crash but was quickly put out by crews on the track.

Here is a look at the drivers' perspective from the replay:

Elements at COTA clearly playing a role here. How the heck are you supposed to see the car in front of you?!?! Man. Glad both drivers are OK though. Both got out of their cars. pic.twitter.com/Xv3GxgoneU

"The only way to describe it is you can't see anything," Truex Jr. said. "You're just mashing the gas and going through the gears on the backstretch praying that nobody's going to be there. All of sudden, I see the tail light flash ... and I was already in through [the racecar in front of him]. It happens that fast."

Comments from Martin Truex Jr. about the crash at COTA. pic.twitter.com/gB4lJFAXgl

NASCAR’s debut at the Circuit of the Americas was later won by Chase Elliot after another red flag with 14 laps left due to inclement weather caused officials to call the race. Elliott, the defending series champion, won for the first time this year and the sixth time on a road course. He has won five of the last six road races.